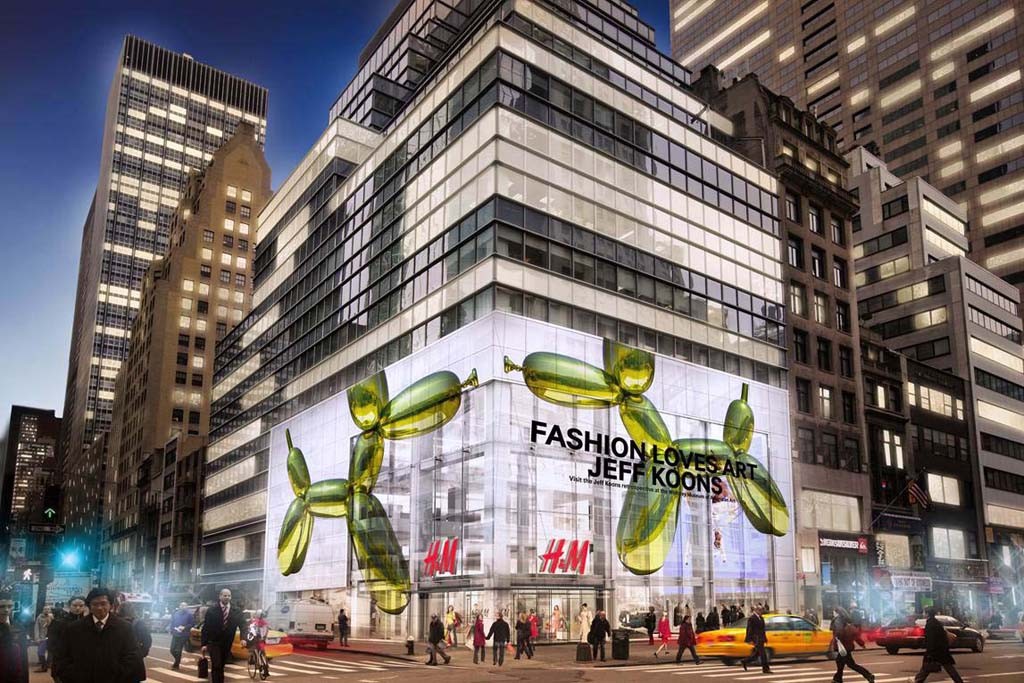 Swedish retailer H&M has announced that its Fifth Avenue flagship is being designed to resemble an art museum by teaming up with Jeff Koons. Known for his “balloon” sculptures, this isn’t the artists first commercial collaboration having worked with Lady Gaga, BMW and Dom Pérignon.

“The partnership with H&M was really exciting for me,” Koons told WWD. “The chance to showcase one of my most popular works to a new generation of people was inspiring. H&M delivers great fashion season after season and [it will be] nice to see my work at their new store.”

Jeff has also designed a limited-edition Balloon Dog handbag for the US market as well as it being sold at the Whitney Museum of Art which will also be running his highly anticipated retrospective at the same time. While the bag retails for $49.99, it is a far cry from the price tag of Jeff’s art work that sells for $50 million plus… which leaves the question of who says art is art? What sets one of Jeff’s balloon pieces apart from a handbag he has designed?

While it might not be on the level of the Louis Vuitton and Takashi Murakami collaboration, it’s great to see Jeff Koons work being put on such an open platform to a new audience.