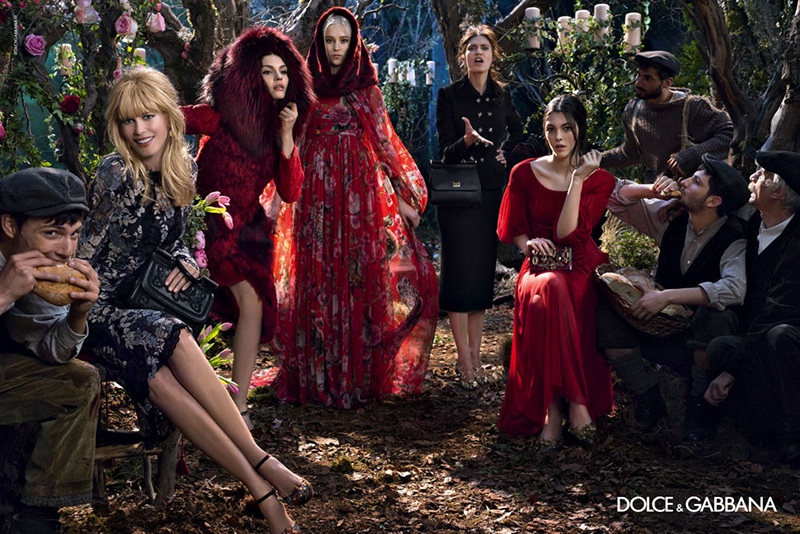 As one of the original supermodels Claudia Schiffer appeared on more than 1000 magazine covers, scored numerous advertisements for luxury houses like Chanel, Versace and Valentino and appeared in films thanks to her glamorous looks. And now she has returned thanks to a surprise casting by Dolce & Gabbana for the Italian mega brand’s glorious AW14 campaign. Could she and fellow originals like Naomi Campbell, Linda Evangelista and Christy Turlington be returning to run the world again? 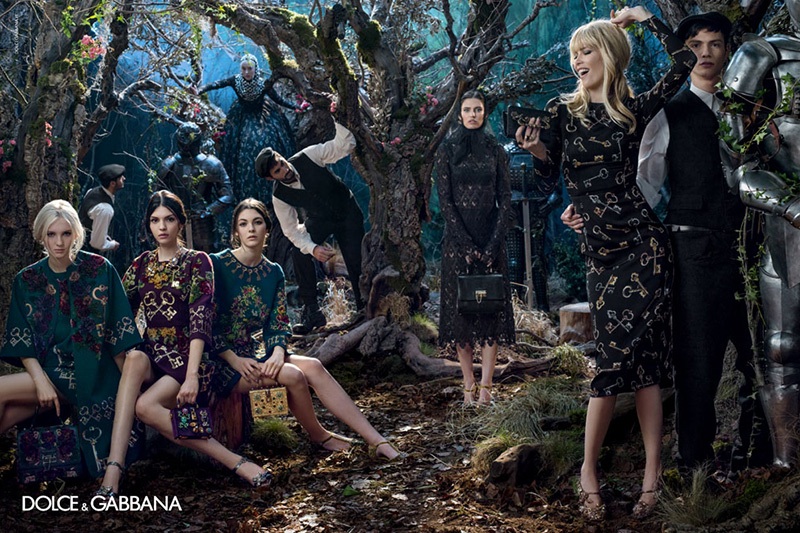 Photographed by Domenico Dolce himself, the German beauty is transported to a medieval wonderland filled with magical knights, princesses and peasants, it’s all very Game Of Thrones meets old Sicilian village. Claudia (literally) wears her crown again in the decadent nine shot campaign that looks more look an editorial than an advertisement. 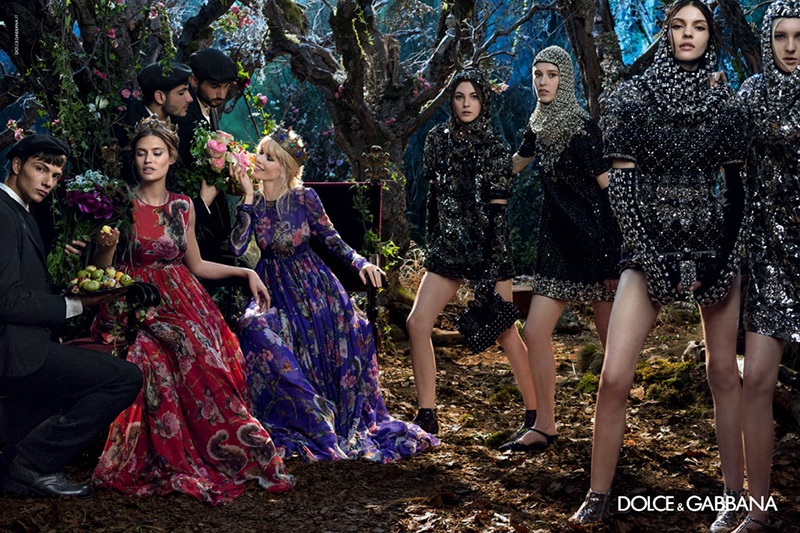 If this is the sign off note by the Dolce & Gabbana boys before their jail sentence begins, then maybe a few other designers should be served sentences. 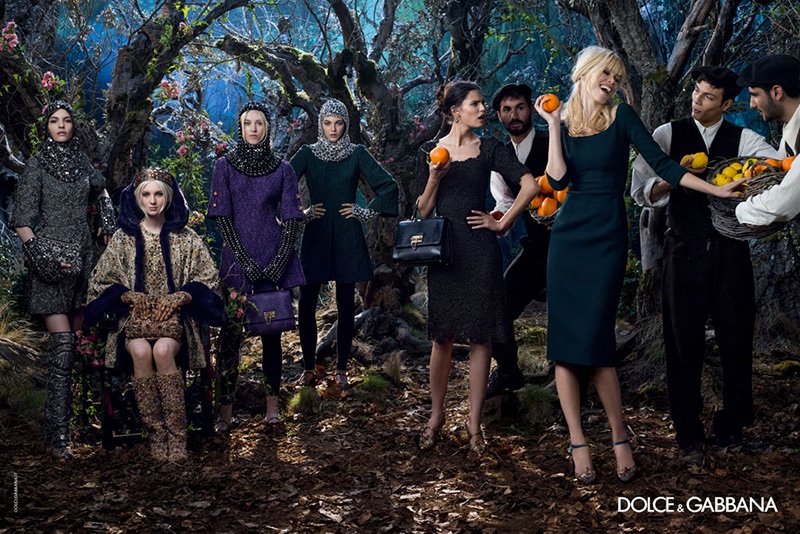