After replacing Kate Moss as the face of Stuart Weitzman for AW14, there has been a lot of commotion around Gisele Bundchen’s blatantly topless campaign for the footwear brand.

Although the Brazilian bombshell has scored more Vogue covers in a year than anyone else and is recognized as the closest thing to a Supermodel these days, she can’t fill the shoes of the iconic Kate Moss who has been the queen of cool since 1990. 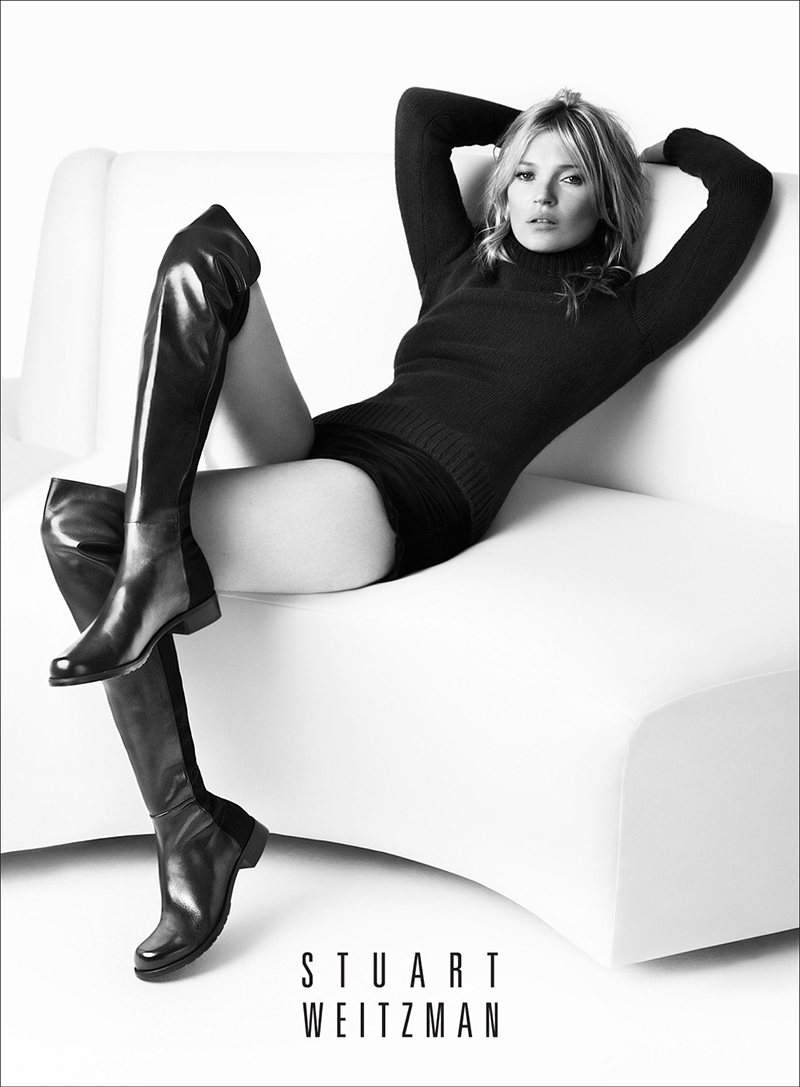 I do have to agree that while Gisele does look incredible, the world’s highest paid model has to rely on tricks for her campaign to stand on its own two feet. And although Kate did have bare legs in both her campaigns, this feels more inline to help emphasize the product and not the model.

With both season’s campaigns for the shoe designer being shot by Mario Testino, Gisele’s lack of clothing is too distracting and takes away from the product that she is meant to be selling whereas Kate’s stands out seeing as she is a personality and not just a model… And for that reason she is a modern day Supermodel for me.