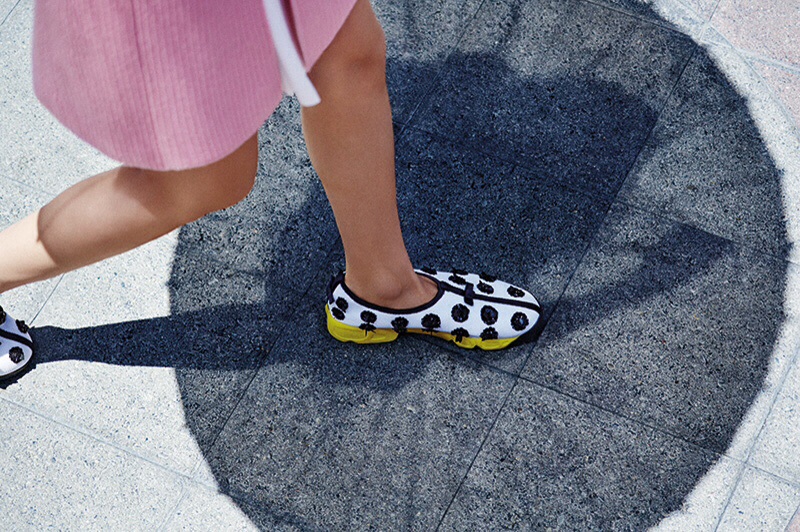 There is pretty much no point being a luxury fashion designer at the moment unless you are going to release trainers as well. Once the bread and butter of sportswear labels like Adidas, Nike and New Balance, these brands have created a hunger amongst consumers since they started collaborating with designers for one offs and capsule collections… Now the luxury houses are scrambling to cash in on this new market. 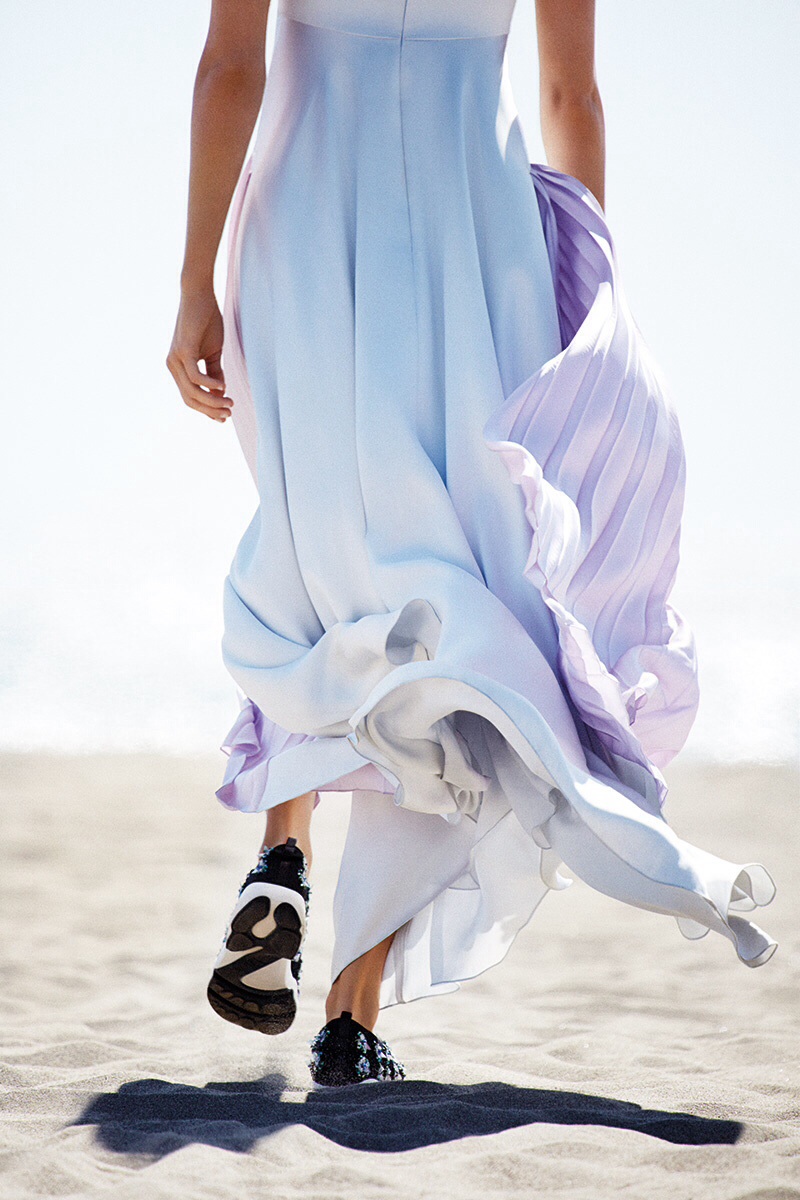 And the pressure is there, Tom Ford released a collection this year even after once stating “When I started this company I swore I would never make tennis shoes”, while Karl Lagerfeld famously presented his SS14 Haute Couture collection with all 65 looks accessorized with trainers. Even in the exclusive world of Couture what the customer wants, the customer gets. 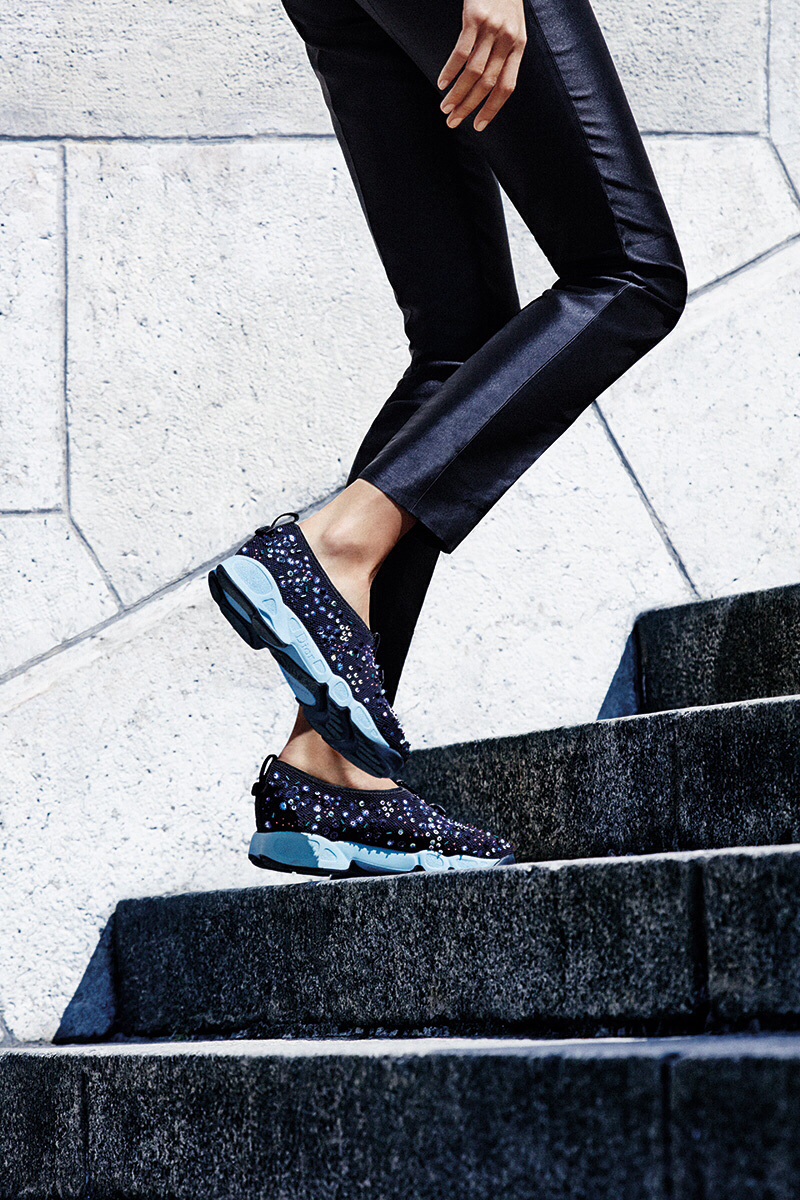 Not one to miss out on the current obsession, Christian Dior is tempting its customers to put their best foot forward with its latest collection, Dior Fusion. Offering for the new season styles covered in sequins, beads, neoprene, mesh and bright rubber soles, these are sure to be running out the door. 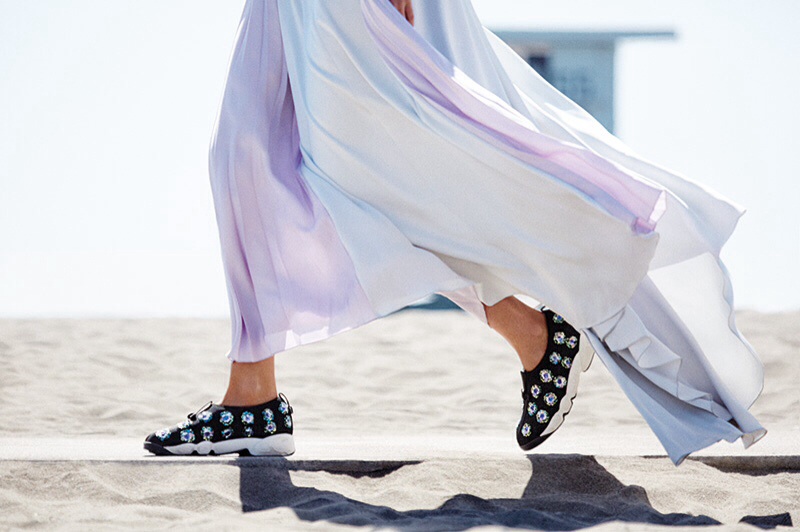 Although some of the other brand’s interpretations of ‘active footwear’ seem forced, Dior’s feels authentic thanks to Raf Simons and his history of designing cool niche trainers for his own label as well as having collaborated with Adidas, Fred Perry and Asics, enabling Dior to get ahead of the rest.

While some might say it is just a fad, this ‘trend’ has got the power houses running to produce their own offerings suggesting this might just be the start of the race.