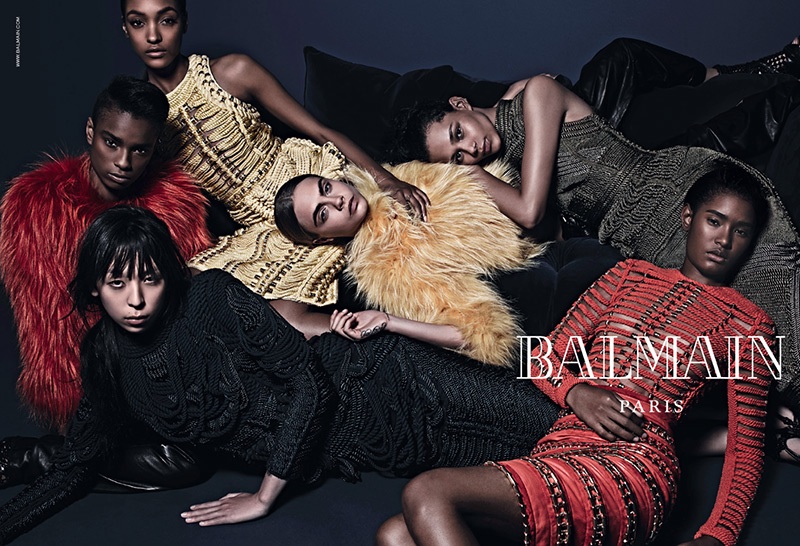 Shunning the celebrity route for AW14, Olivier Rousteing is making a political statement for the new season. Casting a diverse group of models including Ysaunny Brito, Jourdan Dunn, Issa Lish, Binx Walton and ‘it model’ of the moment Cara Delevingne for AW14, the new season campaign leaves behind Rihanna and her hyper pop ads for something more moody and meaningful. 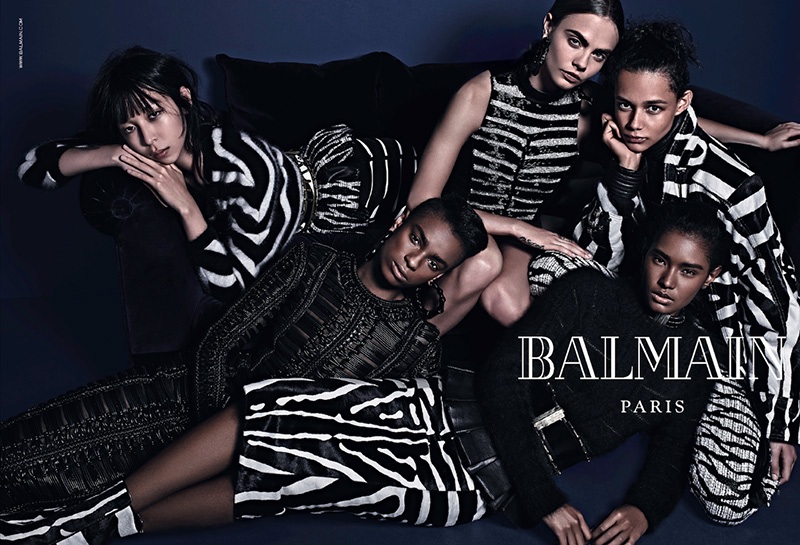 Art directed and styled by Katie Grand, the models lay on top off each other like a pride of lionesses, driving home Rousteing’s vision for the Balmain woman – be powerful. But it seems there is something more to this campaign with the Balmain designer insistent on speaking to his generation, stating the importance of “the beauty of different ethnicities”. And whether it was intentional or not, it seems all the models have a similar skin tone reinforcing the ‘we are all one’ message regardless of our race. 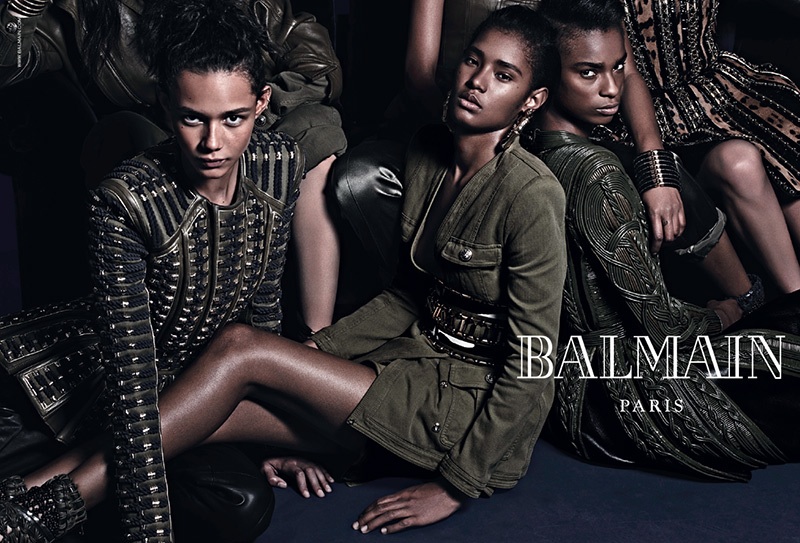 But perhaps the most interesting aspect about this season is the merging of Balmain and Olivier Rousteiing into one. Like the synonymous link between Marc Jacobs and Louis Vuitton, John Galliano and Dior or Karl Lagerfeld and Chanel, Rosuteing is showing the beginnings of becoming Balmain’s soul mate. 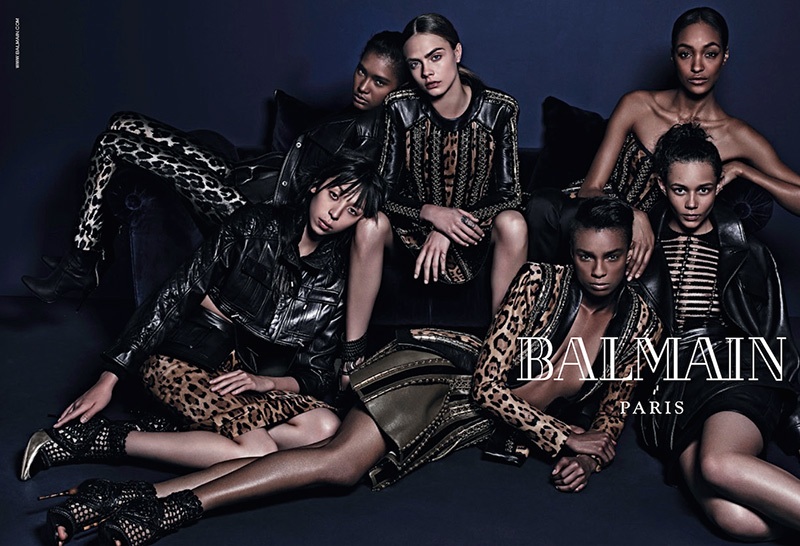