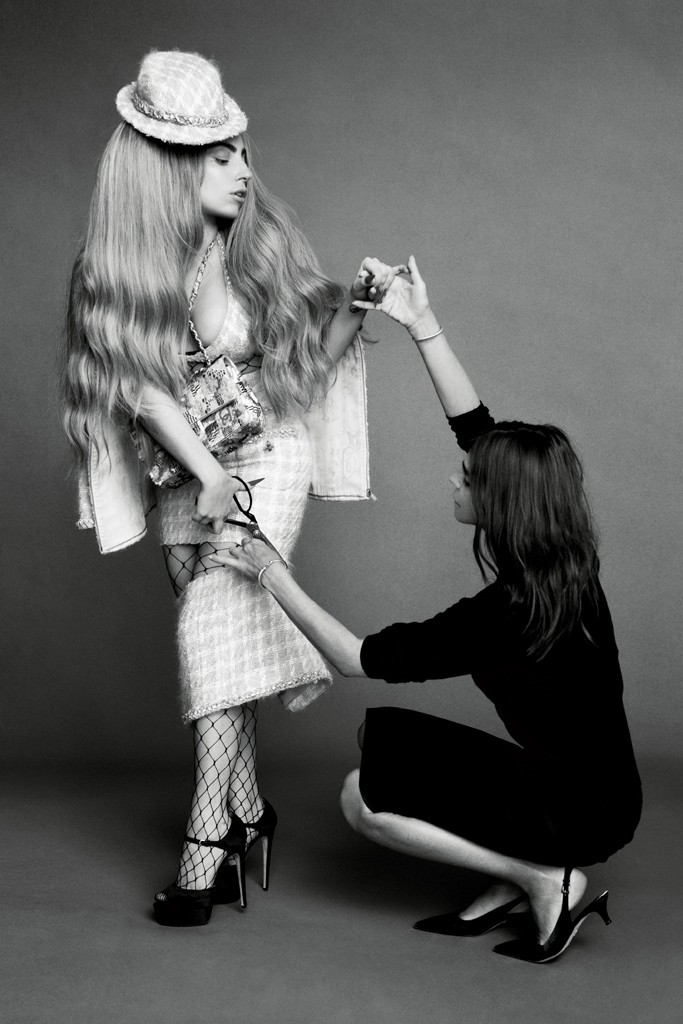 Since she started her role in 2012 as Global Fashion Director of Harper’s Bazaar, Carine Roitfeld has been on a mission to expand fashion, to take it to the nether regions of the world. Now two years on, Roitfeld is achieving this by creating fashion portfolios that the editors of all 30 Harper’s Bazaar editions around the world can use. 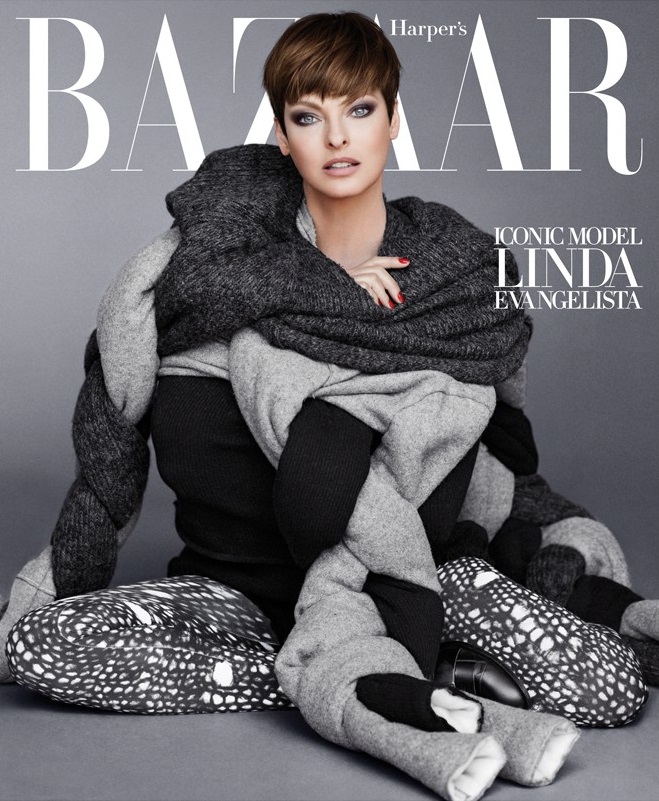 “This is a portfolio I’ve been dreaming of wanting to do even over my 30 years in the business,” said Roitfeld to WWD. “You need a magazine that has big shoulders for such a project.” 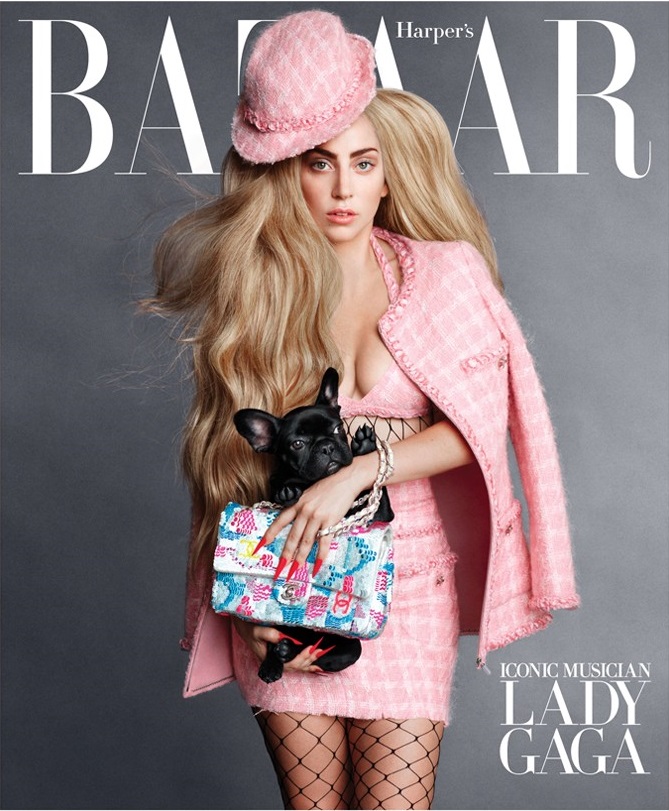 This project also marks the first time her work has been a cover of Bazaar US, but in typical Carine fashion, she scores not just one but three newsstand covers for the American edition with Lady Gaga in a pink tweed Chanel jacket, hat and skirt combo that Roitfeld herself cut shorter — after receiving Monsieur Lagerfeld’s blessing, original supermodel Linda Evangelista incased in a cocoon of Comme des Garçons knits, and Penélope Cruz wearing Dior. 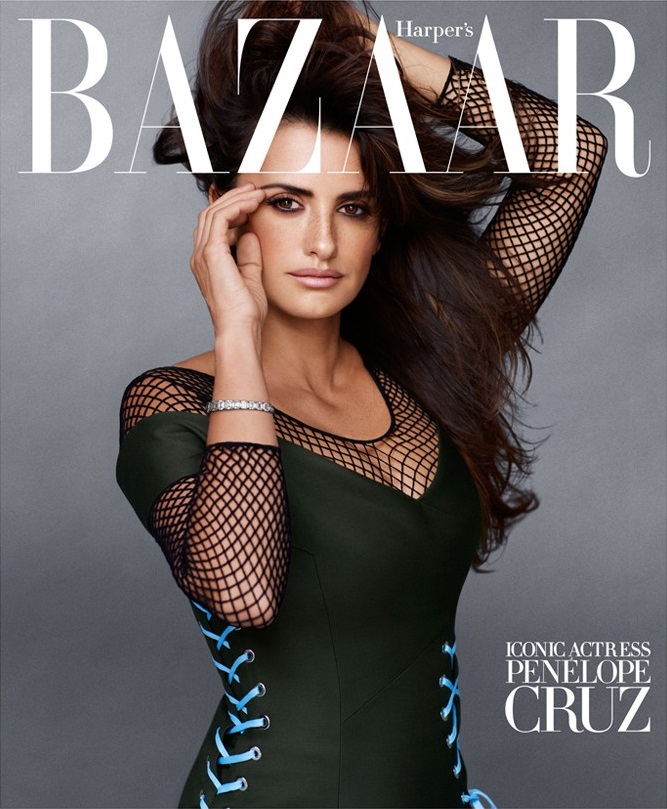 “I think it’s a genius idea to give one editor the ability to do one story — exactly 17 pages — total freedom for the choice of the photographer, the models, the choice of the clothes. And, the same story, we give to 30 countries at the same time,” Roitfeld told WWD. “It’s the reason why I accepted. It’s not because I wanted to do more stories or it’s not like I wanted any revenge against Condé Nast. It was just something very interesting that I had never seen before.”

And it’s exactly what she has done, taken new voices and creatives from the industry and introduced them to international Harper’s Bazaar readers that never would have known about them before, mission accomplished. 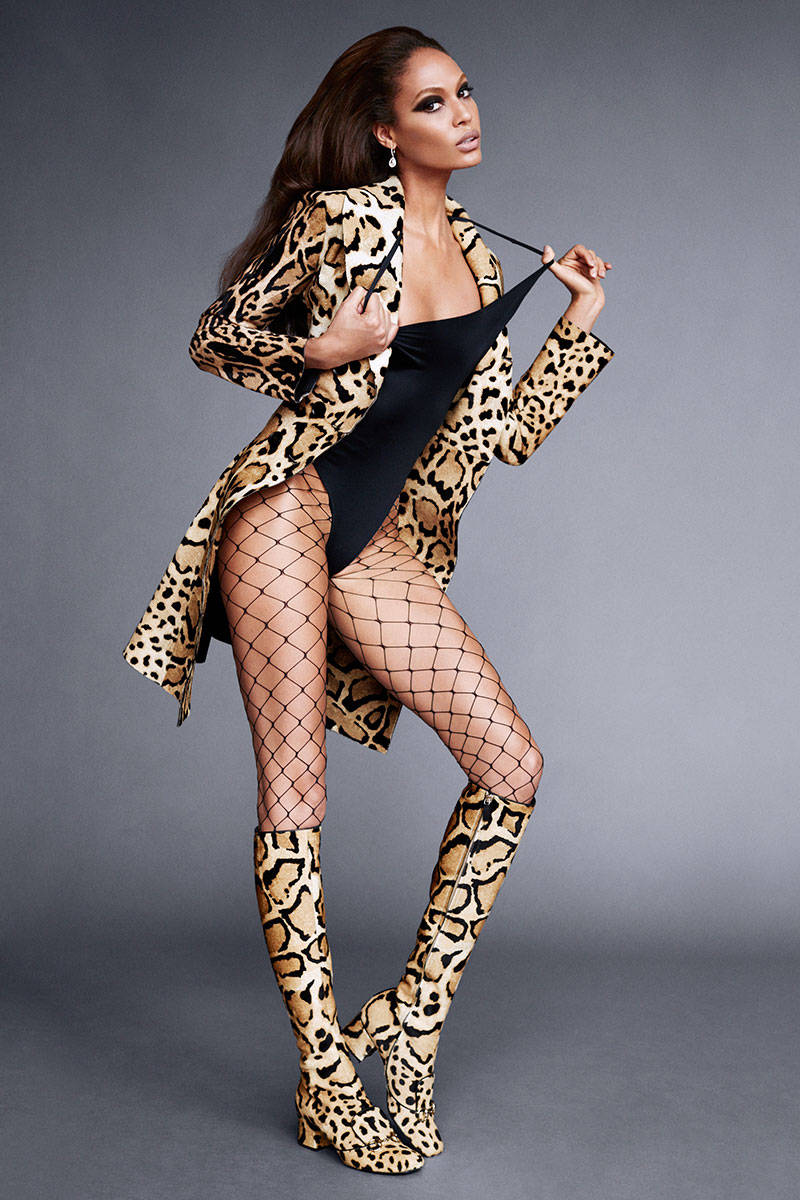 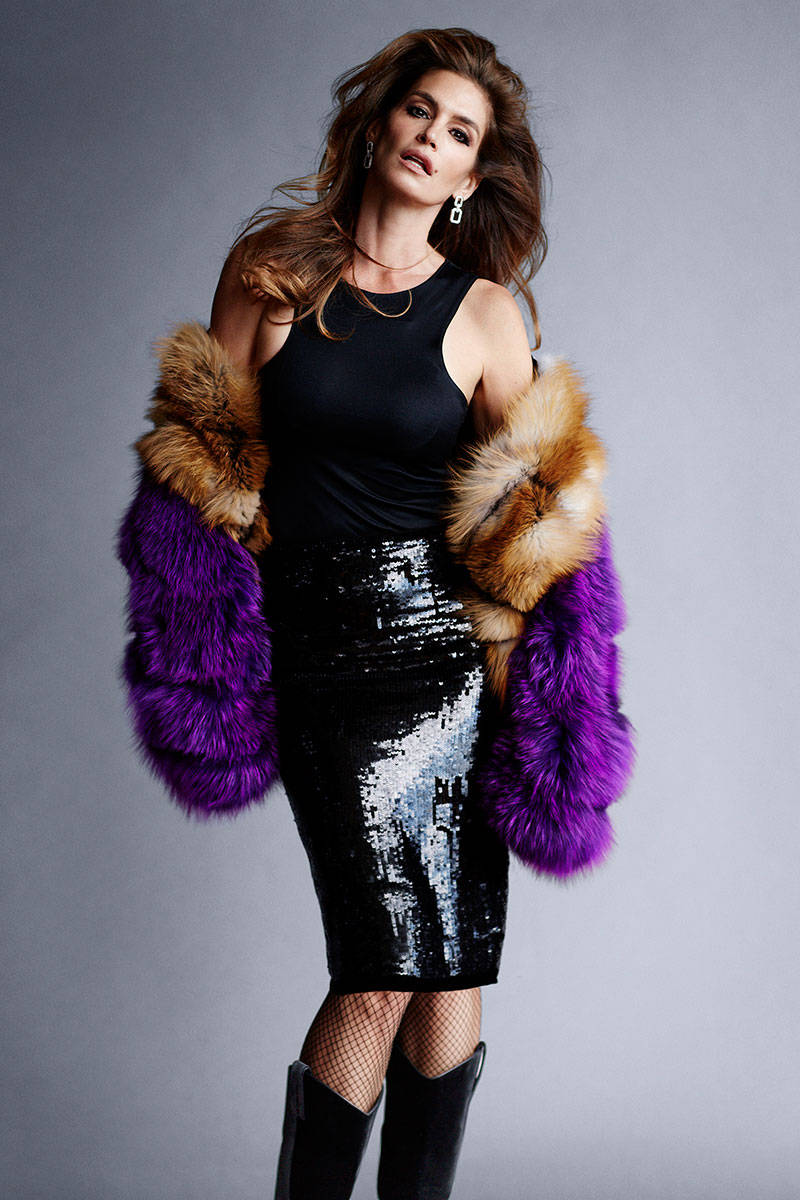