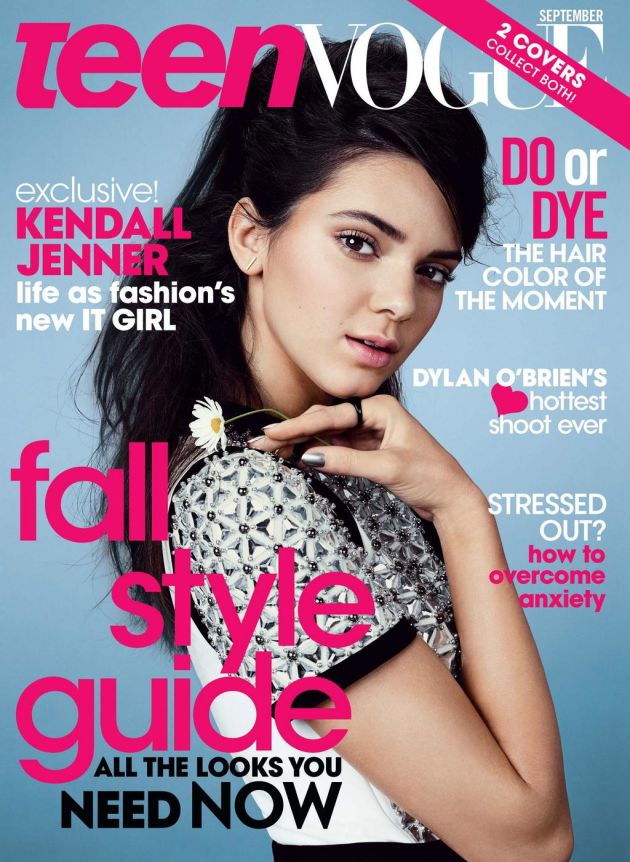 I remember when news first broke of the Kim Kardashian Vogue cover, I was sitting in the back of a car flicking through my phone and received an email with the dreaded headline ‘Kimye For The April Issue Of Vogue US’. While I was having a slight meltdown at the fact that Vogue had bowed to the commercial pressure of reality TV, my driver couldn’t grasp the seriousness of the situation. But is the world ready for another Kardashian related Vogue cover?

Although it’s not the cover she has long dreamed of, Kendall Jenner has scored her first Vogue cover… Well sort of. For the September issue of Teen Vogue, Kendall Jenner has featured on two covers. While I’m sure it’s not going to cause riots or the alleged death threats that Kimye’s cover did, I am sure it’s won’t cause a fan frenzy either… IT just lacks the wow factor but I’m not sure if this is because of the styling or just Kendall herself.

What do you think?