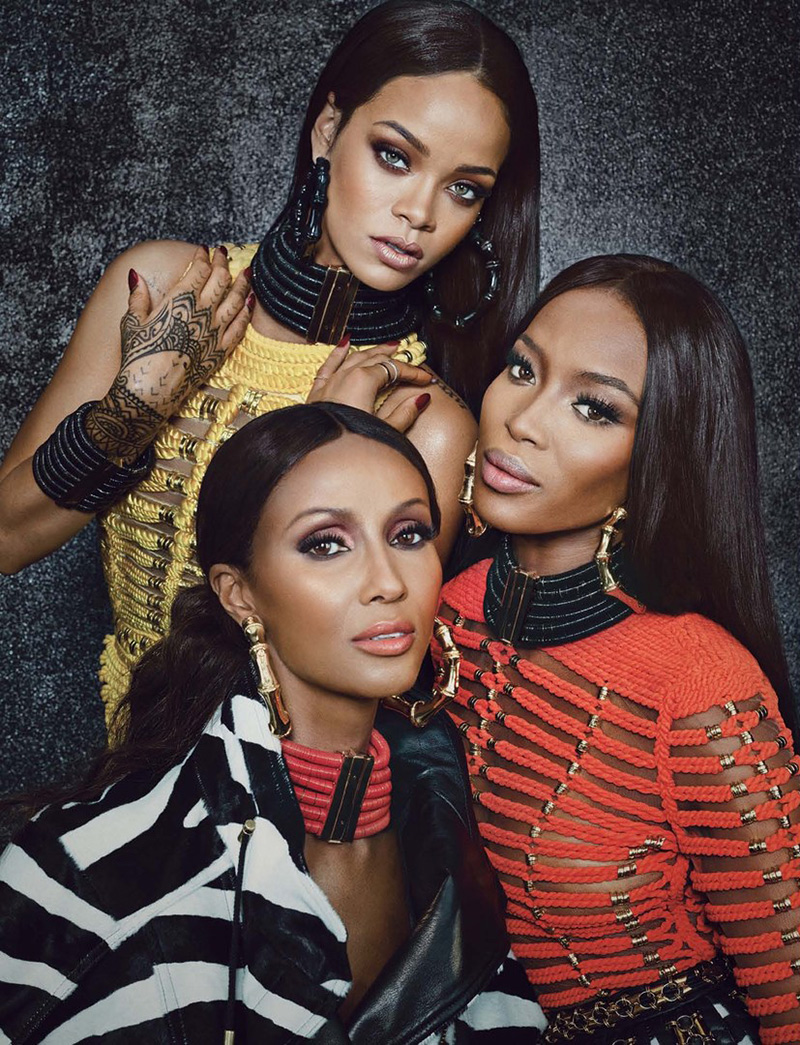 No other designer is the talk of the town right now more so than Balmain’s Olivier Rousteing. The good looking designer with cheekbones to rival a model has been championing a new wave of irreverent fashion darlings into the spotlight like Kim Kardashian, Rihanna and Kendall Jenner since his succession to the Balmain throne in 2011. 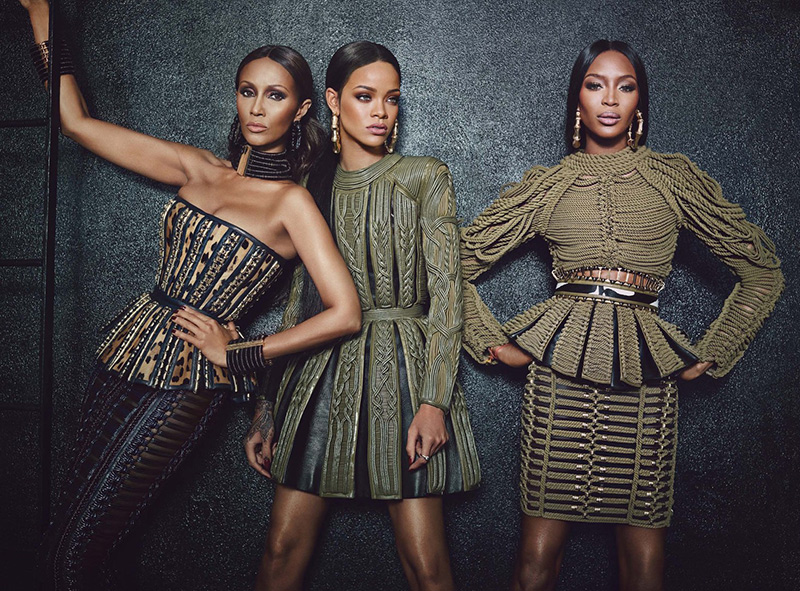 Taking his muse Rihanna to the next level of fashion, Rousteing has cast her in his editorial feature for W Magazine alongside model icons, Iman and Naomi Campbell to document his injection of a new attitude into the industry. What better trio could you ask for to represent the future of Balmain? 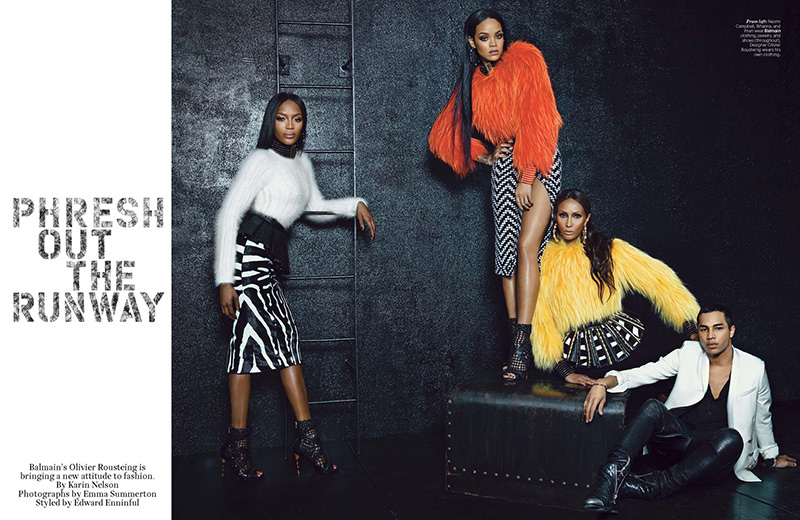