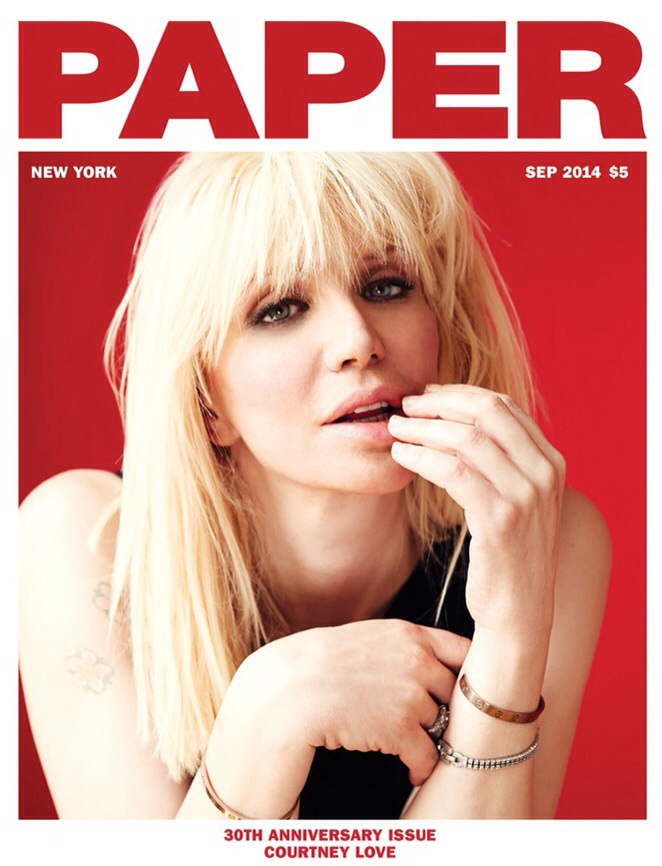 Known for focusing on fashion, pop-culture, music, art and film, New York based publication Paper Magazine is turning the big 3-0. To celebrate its 30th anniversary, Paper Magazine has enlisted the theme of “Original Gangstas,” – people who have helped culture to progress and ultimately left their name on the fashion, music, and entertainment industries like Rick Owens, Patti Smith, Dolly Parton, Rei Kawakubo, Cindy Sherman, Brooke Candy and Courtney Love making up just a few of the 40 profiled future and classic “Original Gantstas”.

And who better to grace Paper Magazine’s September cover than arguably the First Lady of rock n roll, Courtney Love. Equally known for being outspoken as she is for being talented, Love has been praised for her writing, acting and musical endeavours. But the former face of Saint Laurent knows who to party, after all, this is the woman who threw a Chanel compact at Madonna to get her attention during an interview at the 1995 VMAs… Can you get any more “Original Gantstas” than that? Well maybe you can, as the vessel of the”Original Gantstas”, surely Paper Magazine itself has to be.