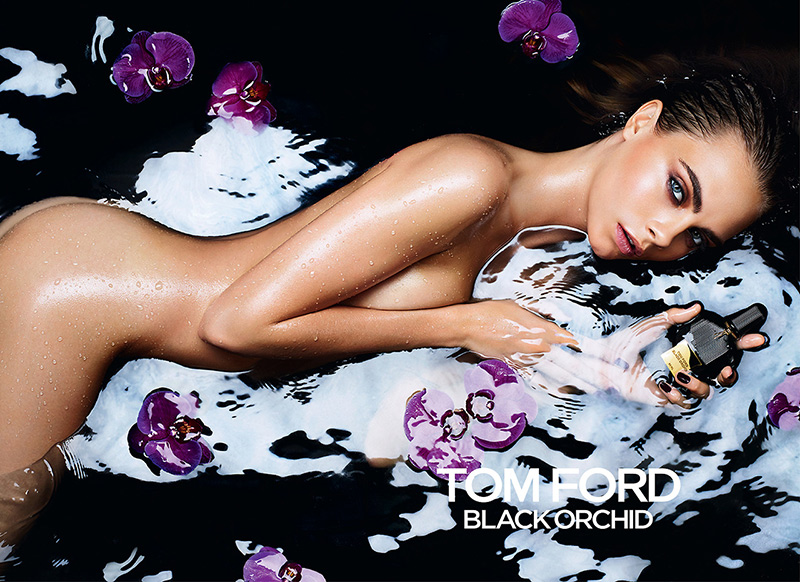 While she may not have been in the top 10 of the highest earning models released by Forbes yesterday, Cara Delevingne is making sure she will be there next year. After scoring her first Vogue US cover this month alongside Joan Smalls and Karlie Kloss as the ‘Instagirls’, Cara Delevingne can add another big brand campaign to her portfolio courtesy of Mr. Tom Ford.

Posing naked for the Black Orchid campaign that recalls similar shots the British beauty has done before in LOVE Magazine, Mario Sorrenti captures Miss Delevingne in Tom Ford’s favourite attire, no clothing. In fact, I have to say (and not just because this is one of my all-time favourite fragrances) Mr. Ford has really managed to capture Cara Delevingne good side.