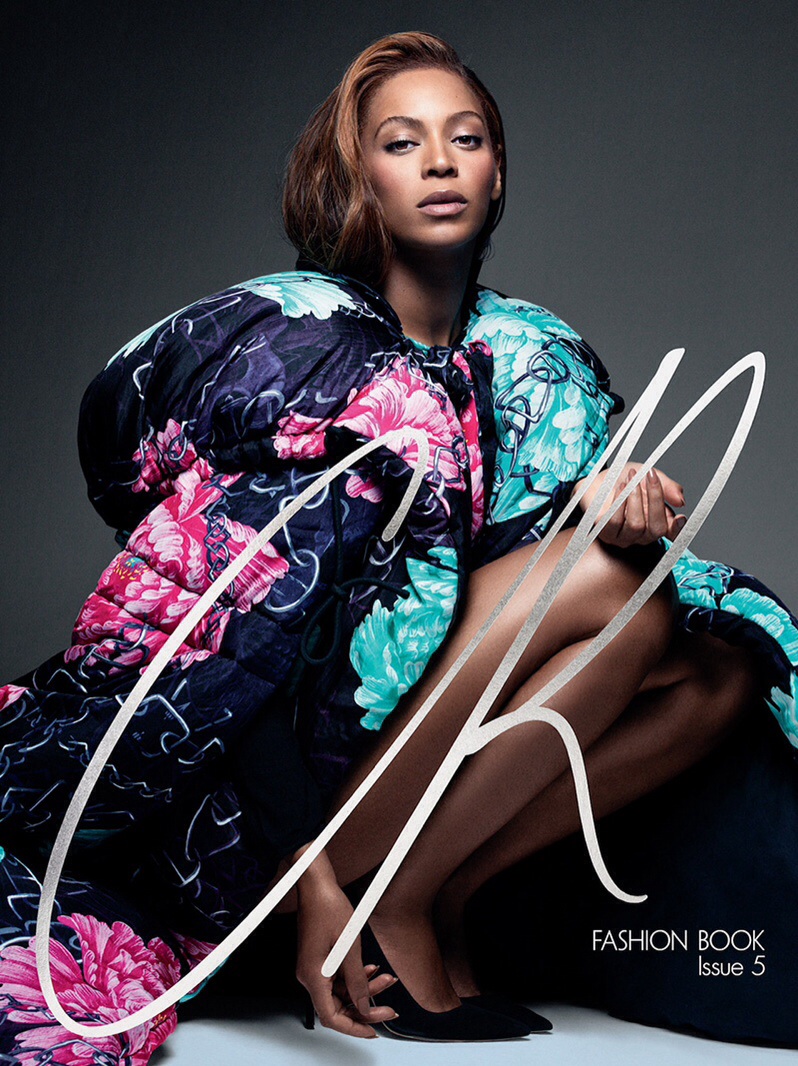 Although she has friends in high designer places (remember when she called Riccardo Tisci for a last minute Givenchy gown for the 2012 Met Gala?), Beyonce has always struggled when it comes to fashion. Don’t get me wrong, she is one of the strongest visual performers out there thanks to her team (except her mother Tina Knowles – remember those hideous Destiny’s Child matching outfits?) and they have helped her to realise her vision like with the ‘Beyonce’ surprise album and its accompanying 17 music videos. 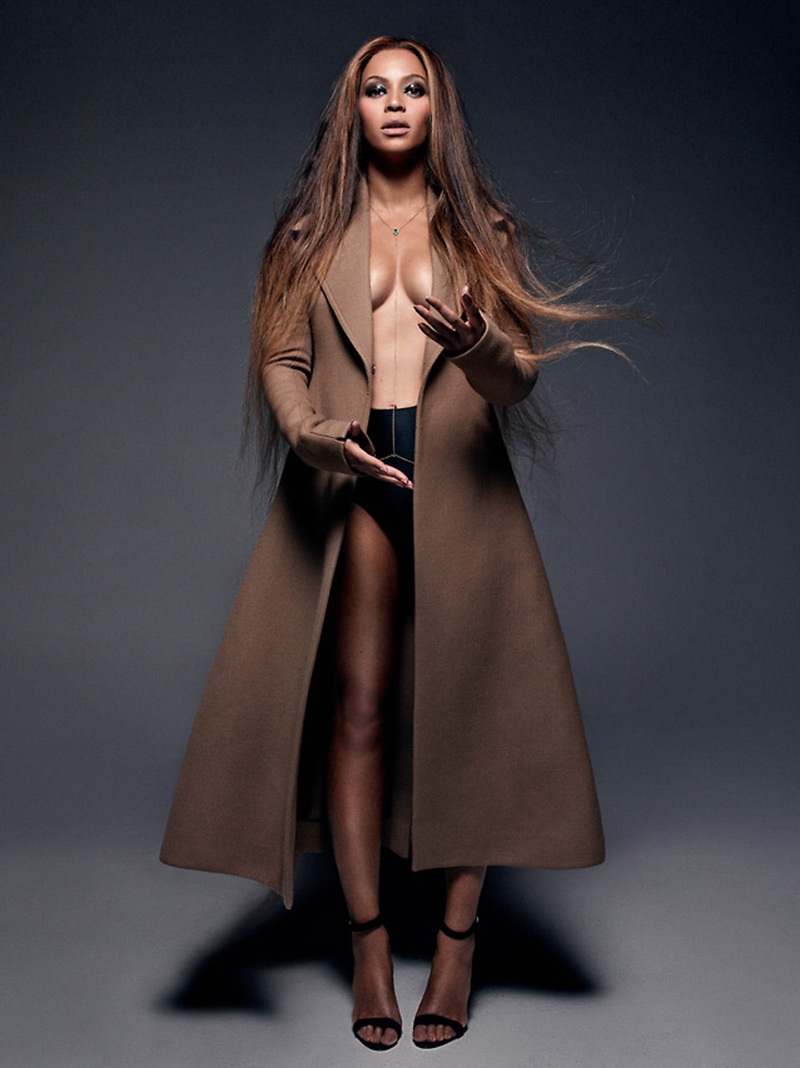 But while she succeeds with her music videos, she does struggle when it comes to magazine shoots… Until now. Revealed as the mysterious cover star of Carine Roitfeld’s CR Fashion Book, Beyonce benefits not only from photographer Pierre Debusschere, but also the expertise of Madame Roitfeld who enlisted Givenchy’s Riccardo Tisci to take creative direction for the beautiful shoot. 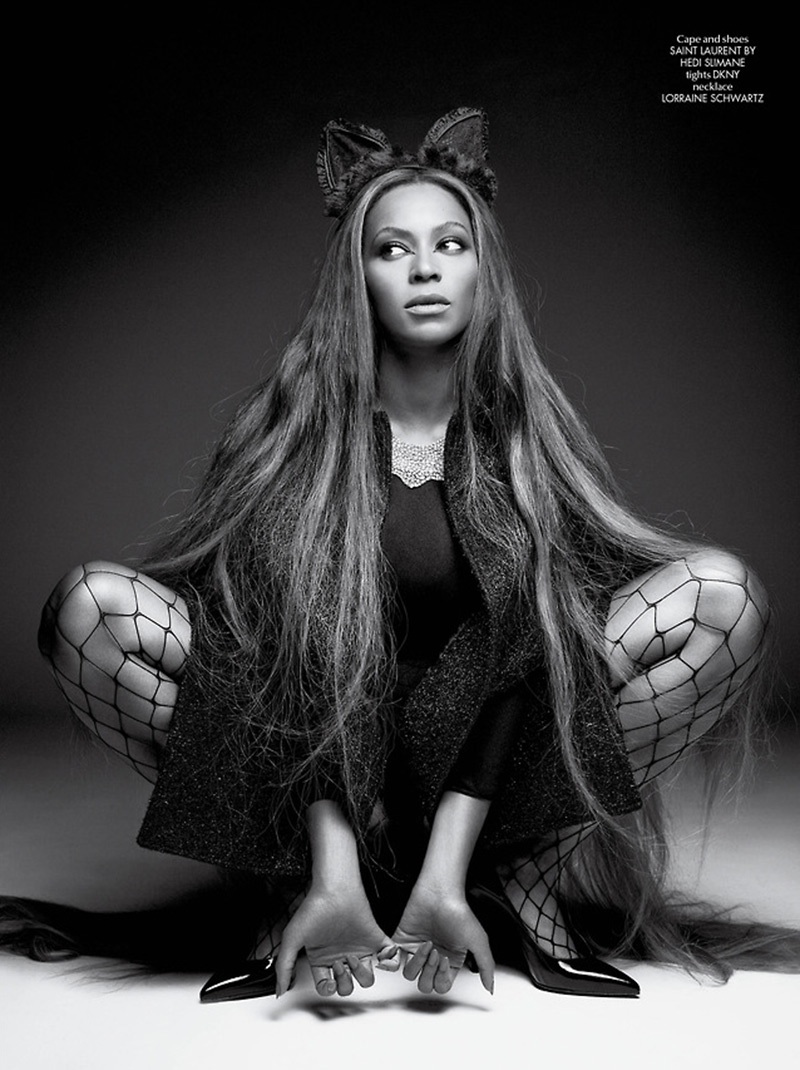 Helping her to showcase the many characters of Beyonce – from a saint to a kooky cat and surfer chick to sexy rapunzel, Tisci dresses her in looks from Comme des Garçons, Prada, Nike, Saint Laurent and Givenchy, showing Queen B is long past the days of when Vogue would make her adorn embellished pageant dresses… Let’s hope that Riccardo Tisci magical touch rubs off on Tina. 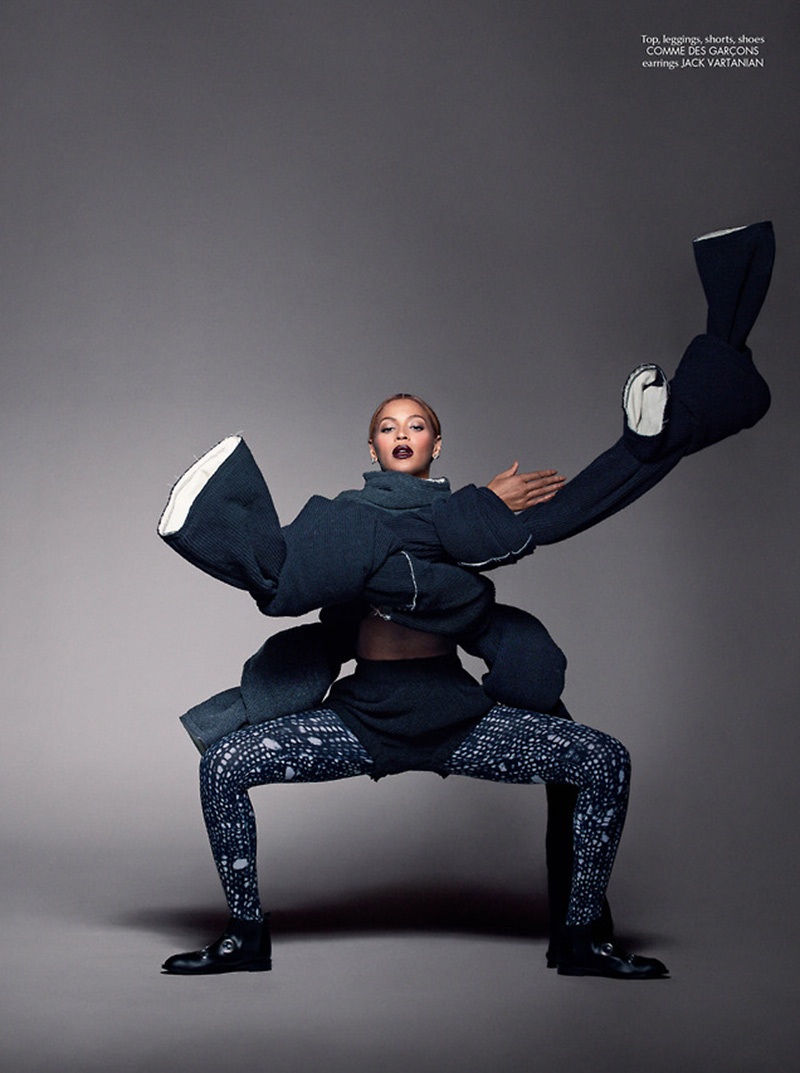 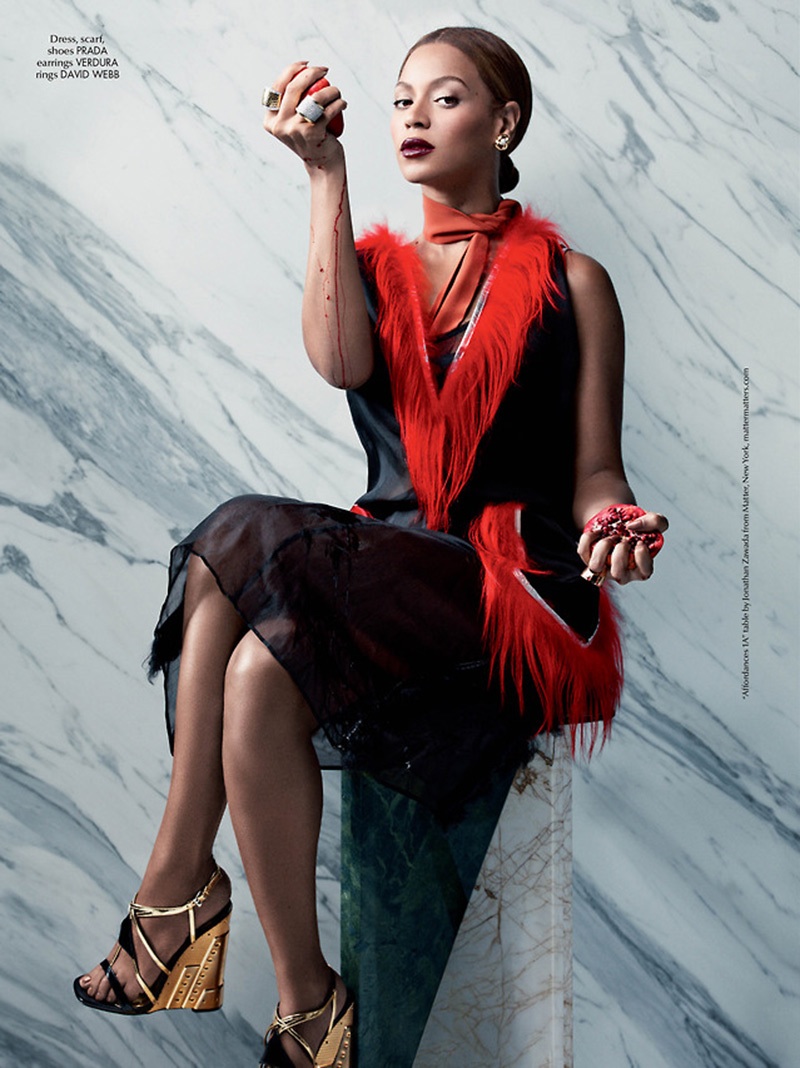 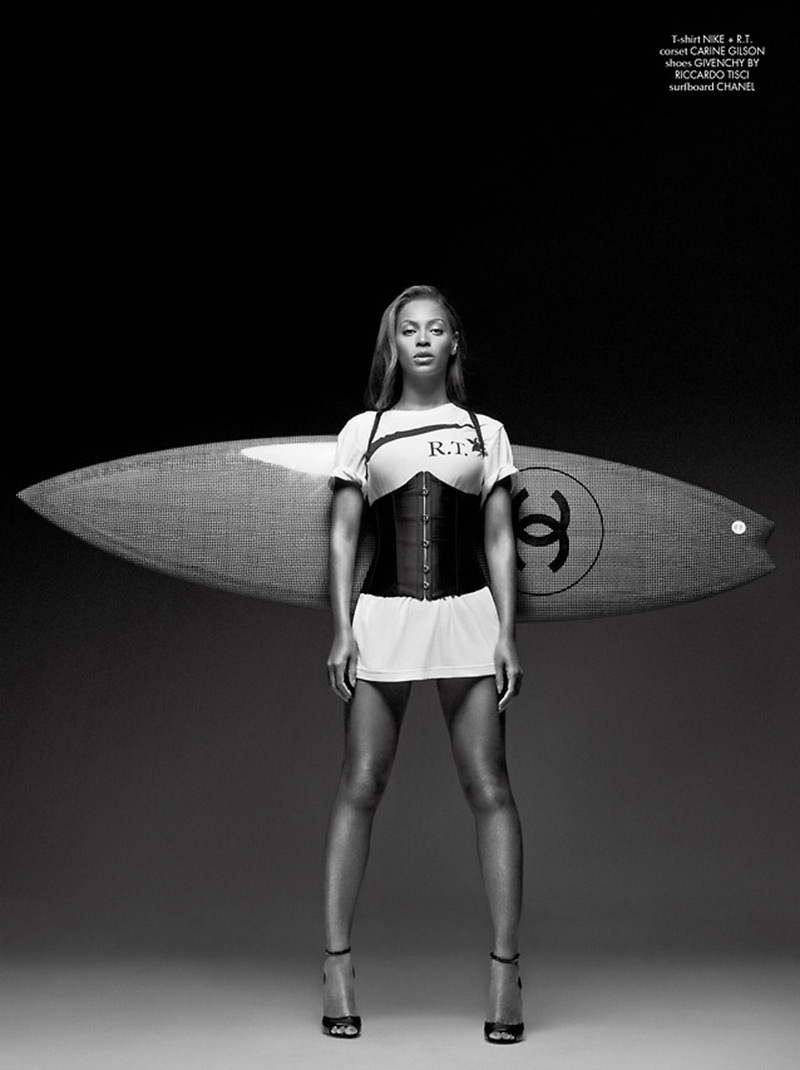 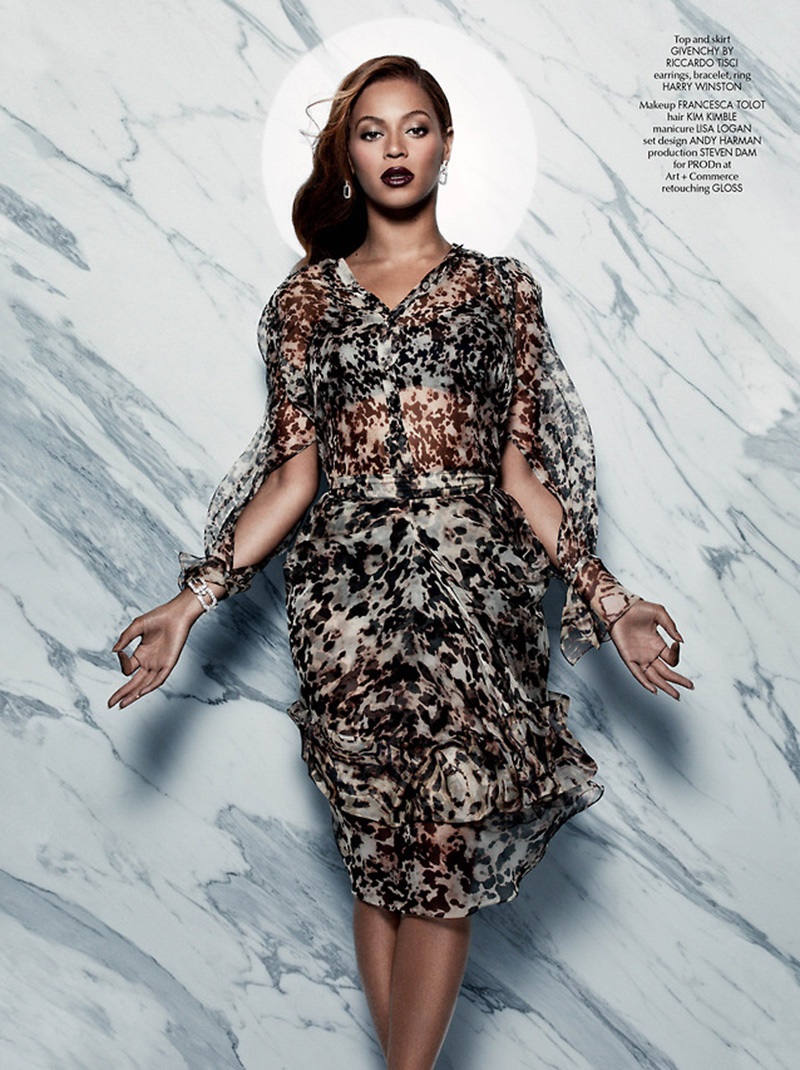 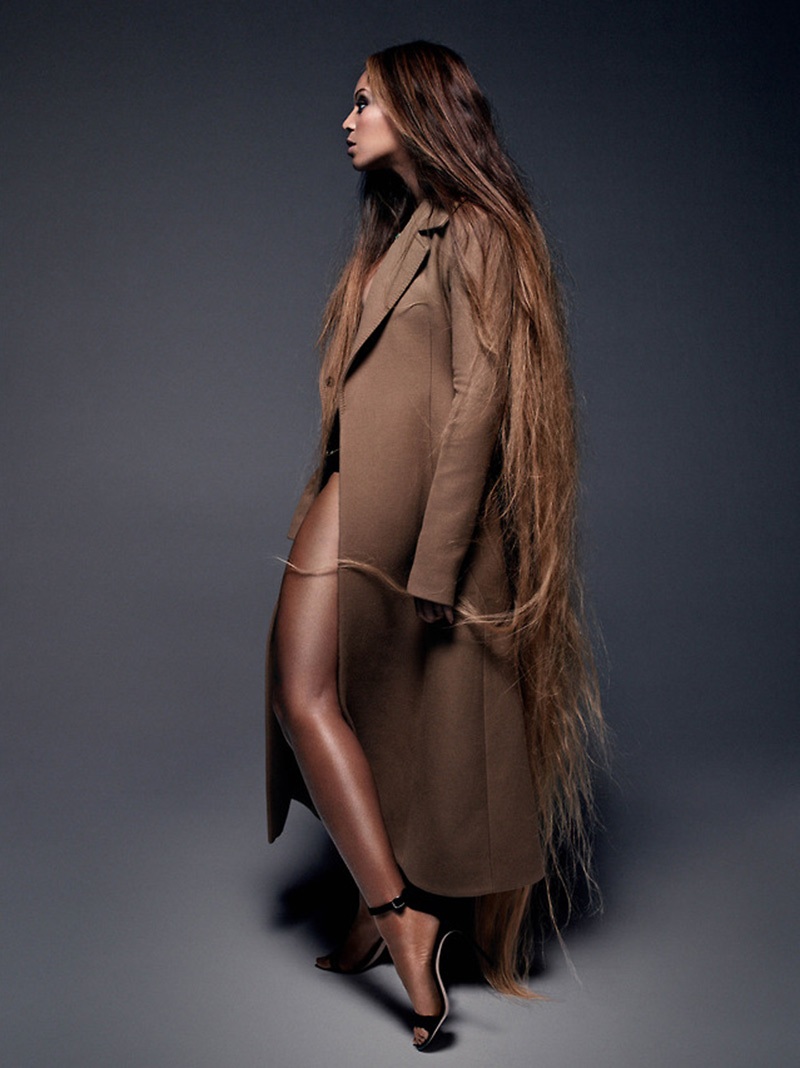