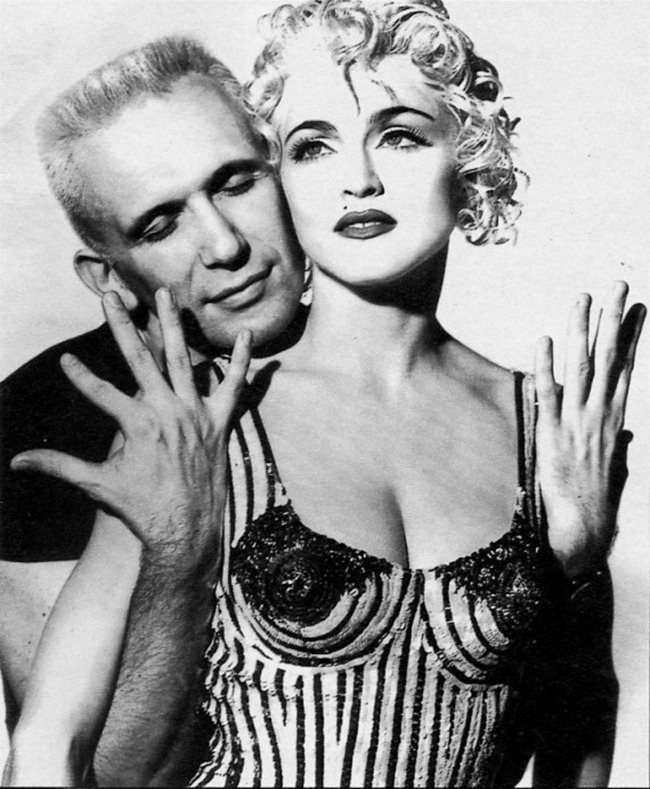 It’s the end of an era… French fashion designer Jean Paul Gaultier has announced he is to stop his women’s and men’s ready-to-wear collections and accessories in order to devote himself to couture, perfumery and other projects. Known for his irreverent and revolutionary work in the late 80s and early 90s, Gaultier became a household name after he introduced skirts into mens wardrobes and put Madonna in the infamous cone bra. And now after more than 38 years spent producing men’s and women’s ready-to-wear collections, Jean Paul Gaultier final women’s collection is to be shown on September the 27 during Paris Fashion Week for the spring-summer 2015 season.

“We looked at various possibilities considering the present state of the company and we have reached the same conclusion,” Gaultier explained to WWD. “For some time, I have found true fulfillment in working on the haute couture and it allows me to express my creativity and my taste for research and experimentation. At the same time the world of ready-to-wear has evolved considerably. Commercial constraints, as well as the frenetic pace of collections don’t leave any freedom, nor the necessary time to find fresh ideas and to innovate.

“This is a new beginning, I will be able to express again my creativity fully and without constraints,” he added.