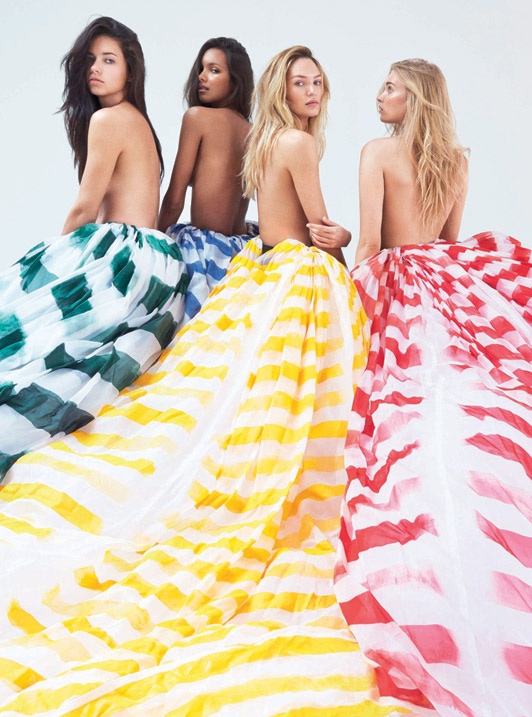 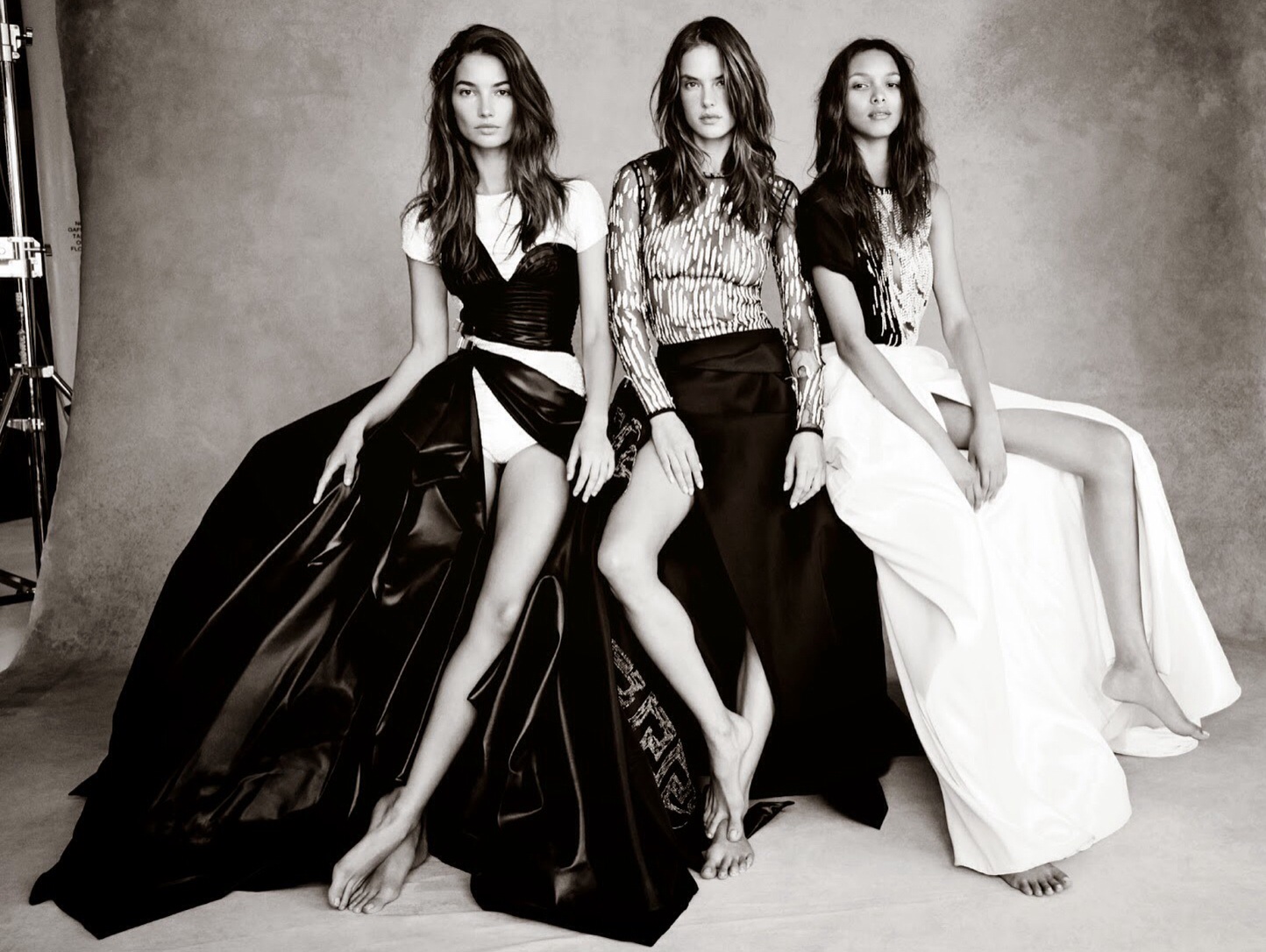 And now that their show is to take place in London for the first time, Victoria’s Secret has managed to creep into the pages of British Vogue. Featuring in the November issue, Angels Adriana Lima and Candice Swanepoel, and non-Angels Lais Ribeiro and Elsa Hosk swap their typical costume lingerie and pose topless in Dolce & Gabbana skirts in one shot before playing dress ups in more of this seasons most delicate couture from Chanel, Armani and Giambattista Valli. 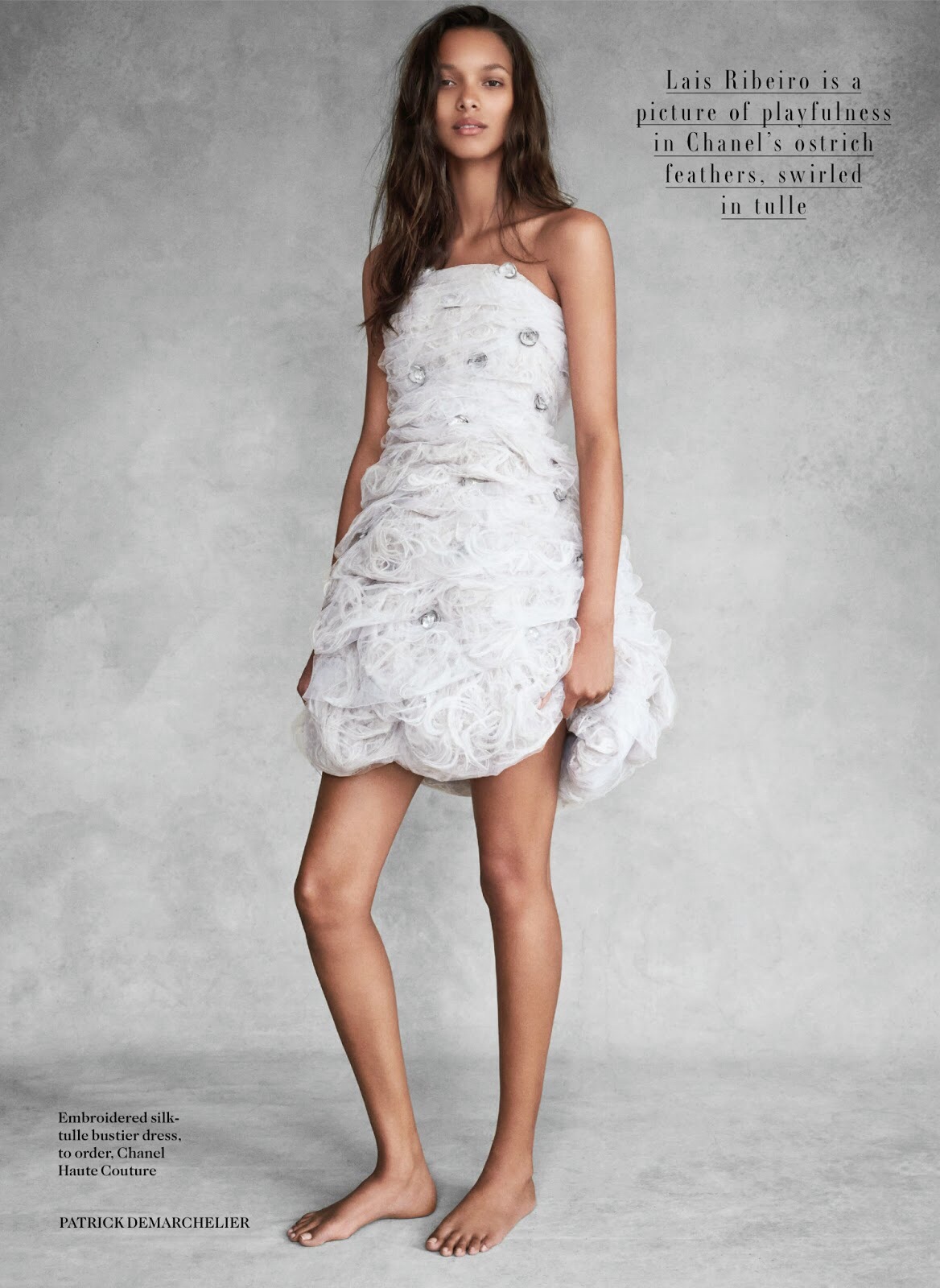 But as a brand that has tricked people into thinking that it represents luxury, how is it being allowed to align itself to a Chanel gown when it doesn’t have any of the quality let alone craftsmanship of couture? When will we stop pretending Victoria’s Secret is fashion? 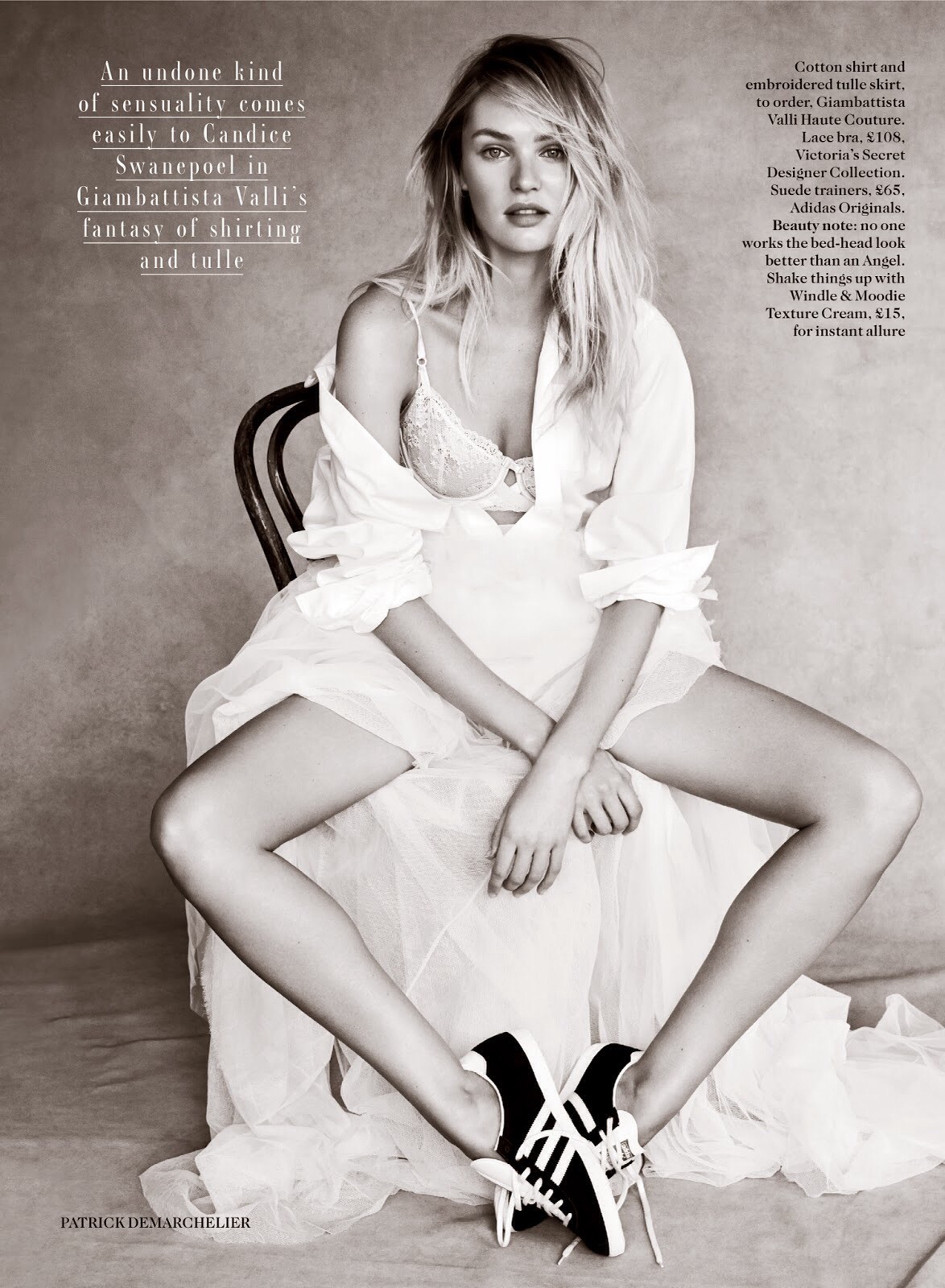 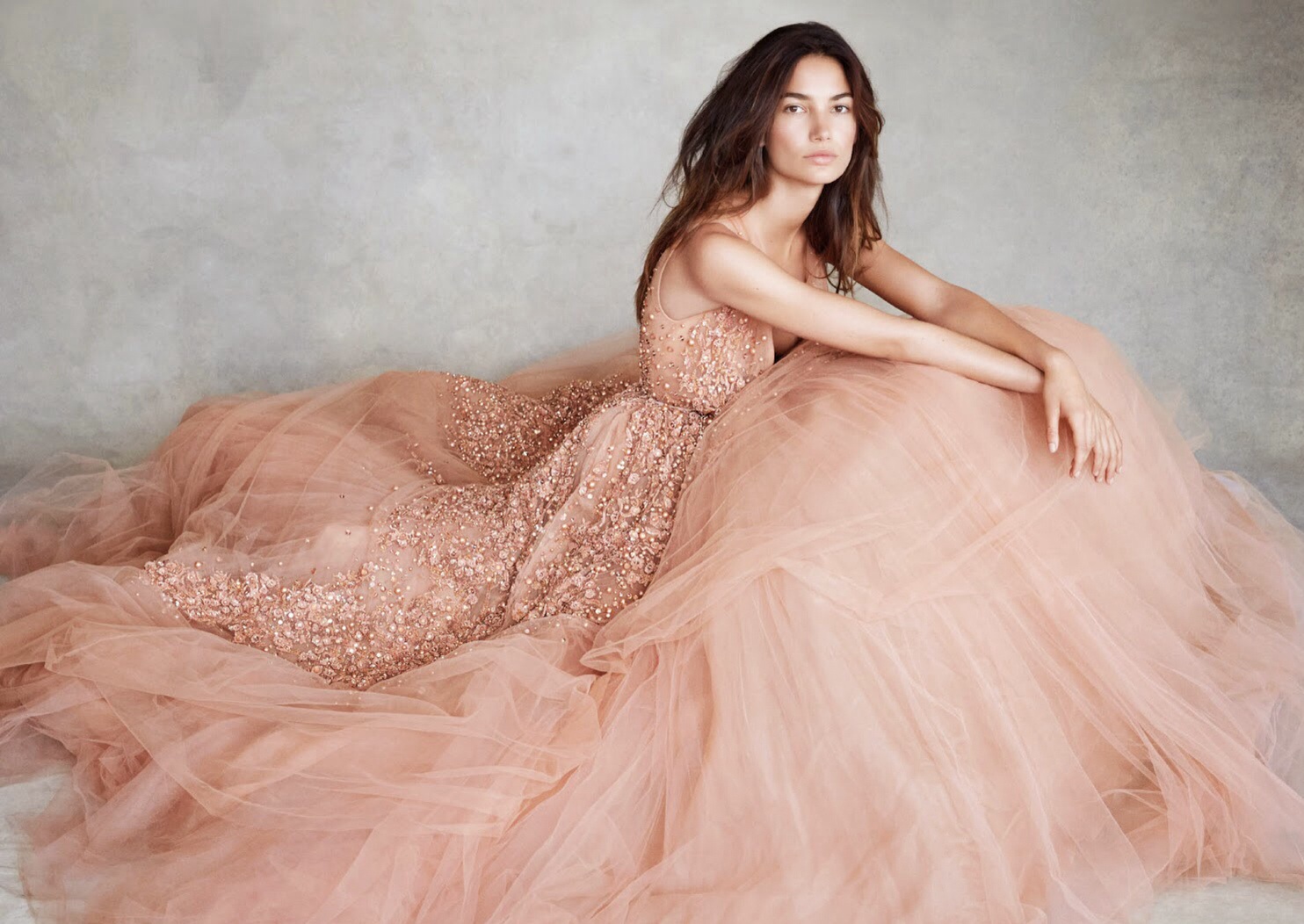 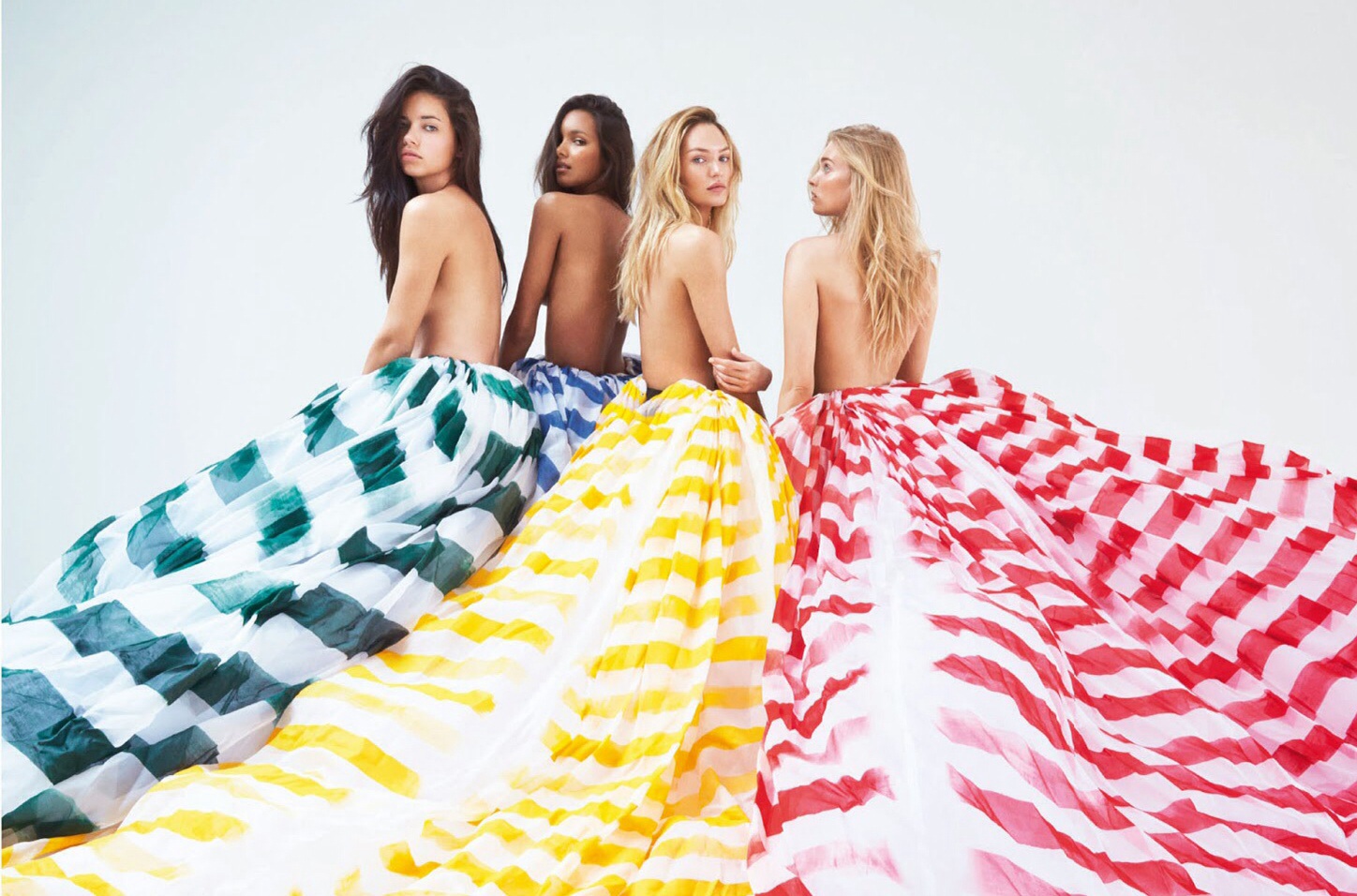