Described as one of the nicest models in the industry, Karlie Kloss has made a name for herself as the all american it girl who embodies a hybrid of American athleticism and european glamour. Making her runway debut in 2008 at New York Fashion Week by walking for 31 designers including Carolina Herrera, Zac Posen and Marc Jacobs, Kloss went on to walk for a total of 64 shows for the season, leading to her being considered as a modern day supermodel. 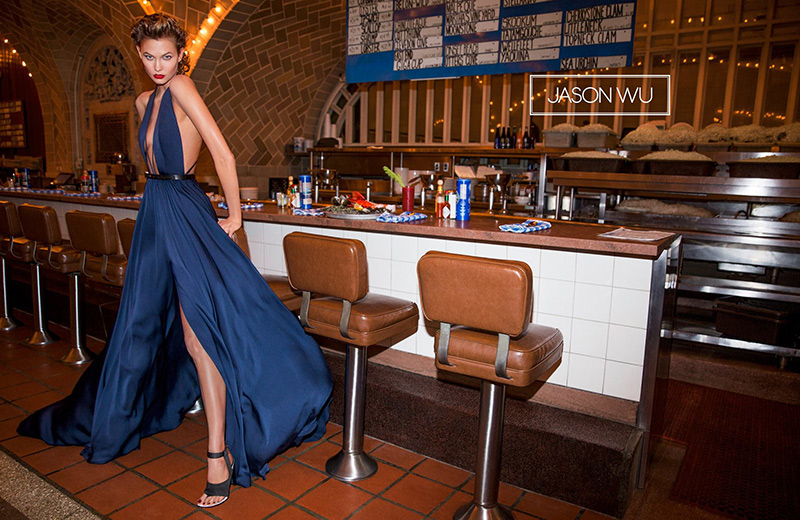 Having walked, worked and fronted pretty much every brand in Vogue since then, the American beauty lands her first campaign for Jason Wu. Having previously enlisted former supermodels of the era like Christy Turlington and Stephanie Seymour for his campaigns, Jason Wu taps into a younger and more social demographic by casting the young Kloss as his muse for SS15. Continuing the tradition of featuring Wu himself in the ad, photographer duo Inez & Vinoodh capture the model and designer dressed to the nines in next season’s attire snuggling up over a meal… And why not, Kloss looks good enough to eat. 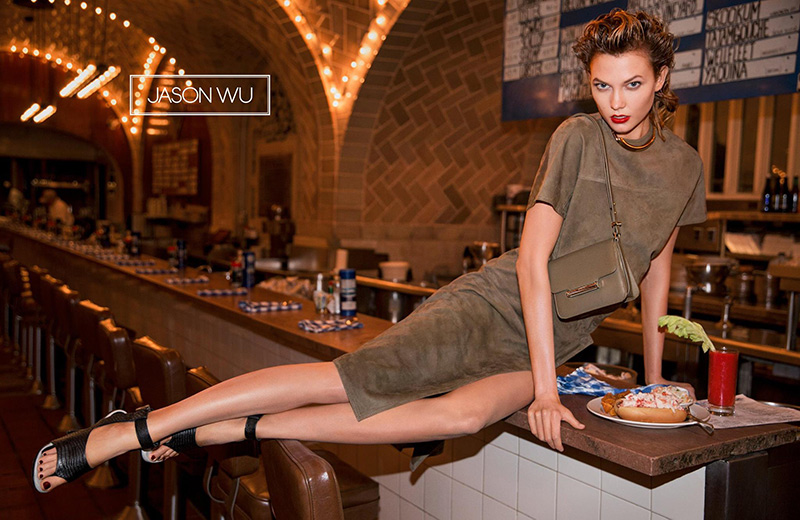