Fashion is a snob, it’s built on rules that we all must follow if we want to worship in the house of chicness. But lately I feel like some of those rules have been broken. The walls have been taken down and people like the Kardashians have been allowed to enter this sacred ground… And just like a rebellious teenager, I’m breaking some of the rules myself in protest. 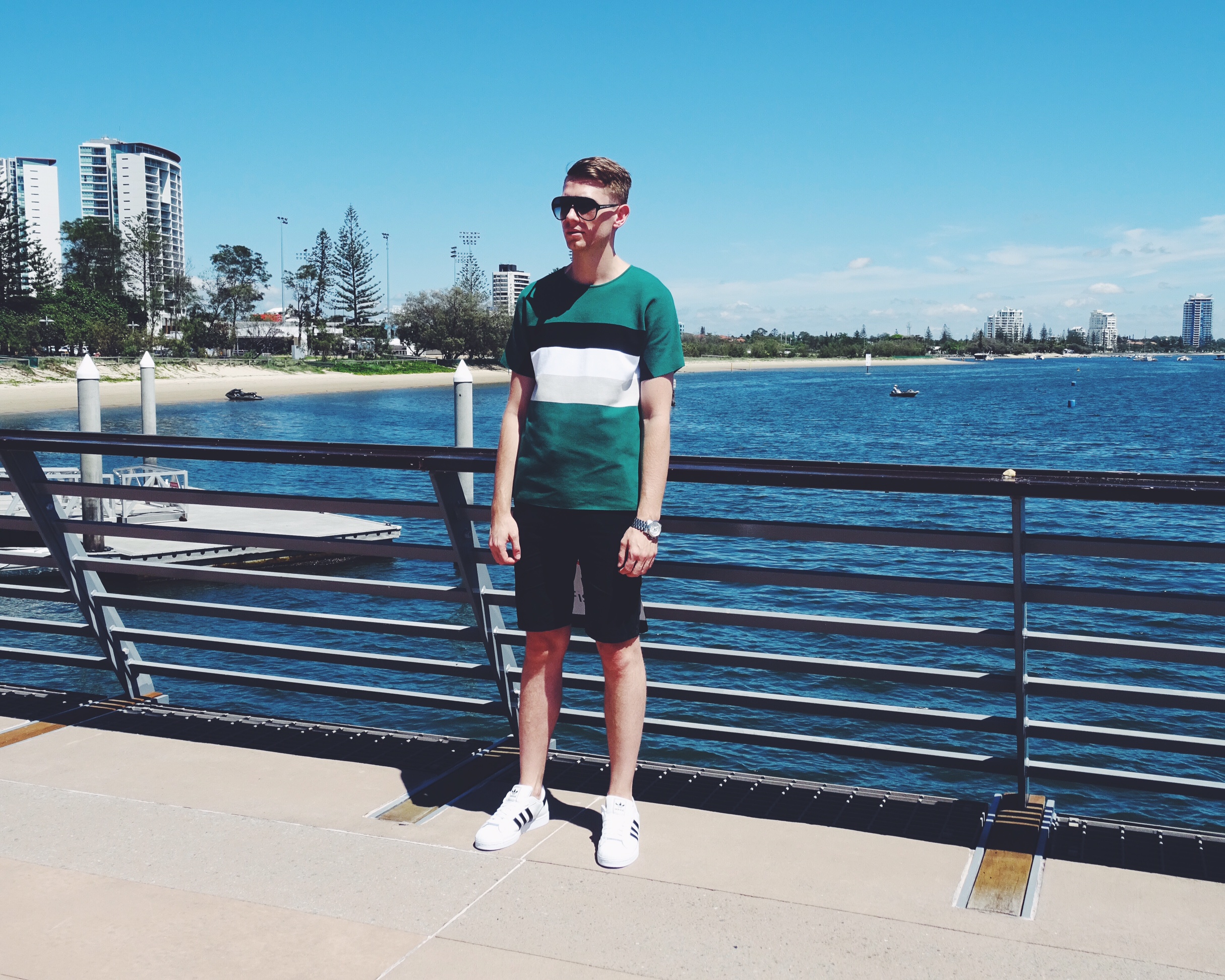 They say blue and green should never be seen, and like Romeo and Juliet, this old saying has kept these two colours separated over the decades, but why shouldn’t they be together? I decided that the ill fated colour combo had been apart for too long even if it might seem a little foolish to take a knitted top to Australia for Christmas, 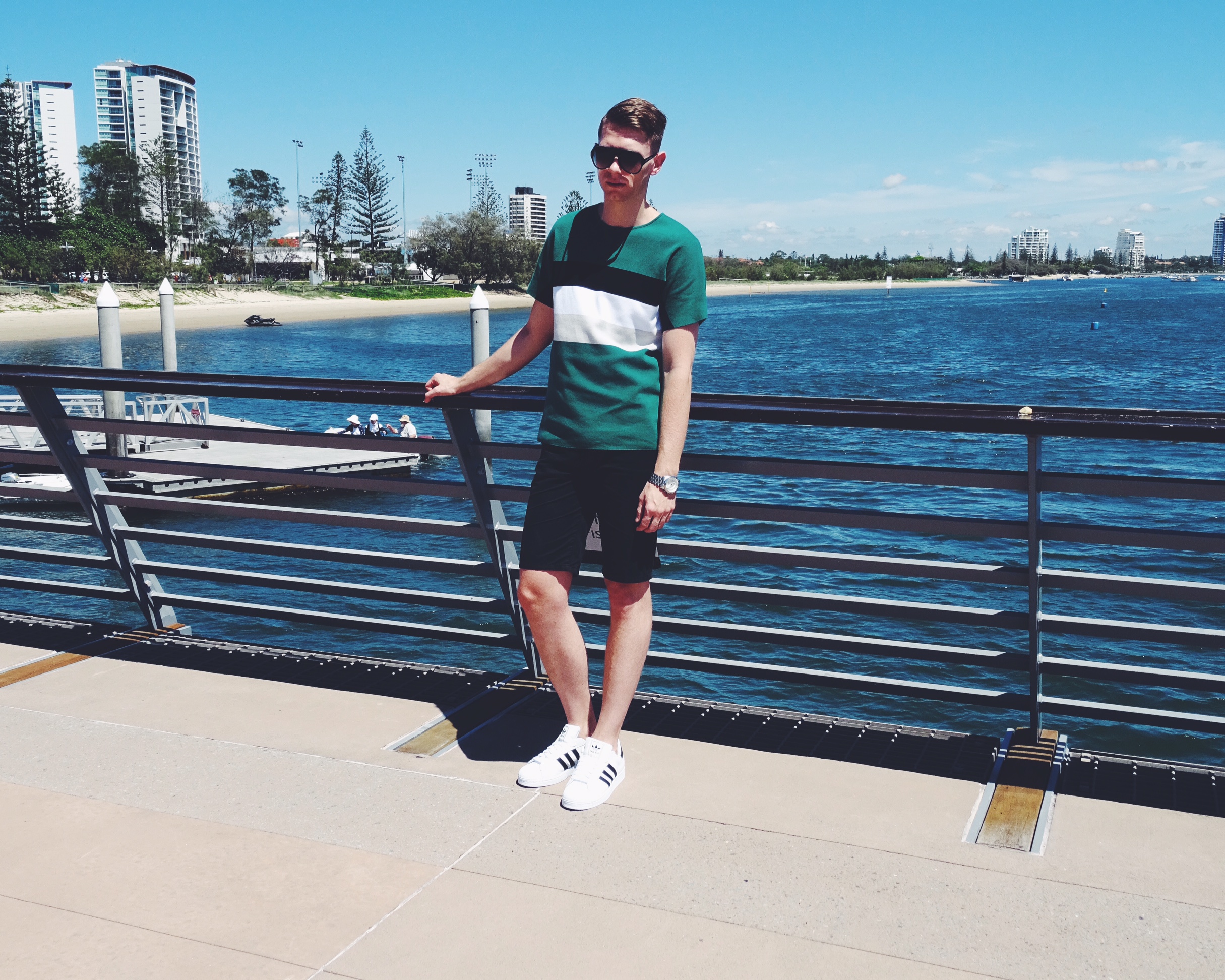 Unable to resist the reunion, I braved the blistering Gold Coast heat and ended up down at one of the many piers that dot around the Gold Coast where my green top could get to know the blue ocean… A match made in heaven! 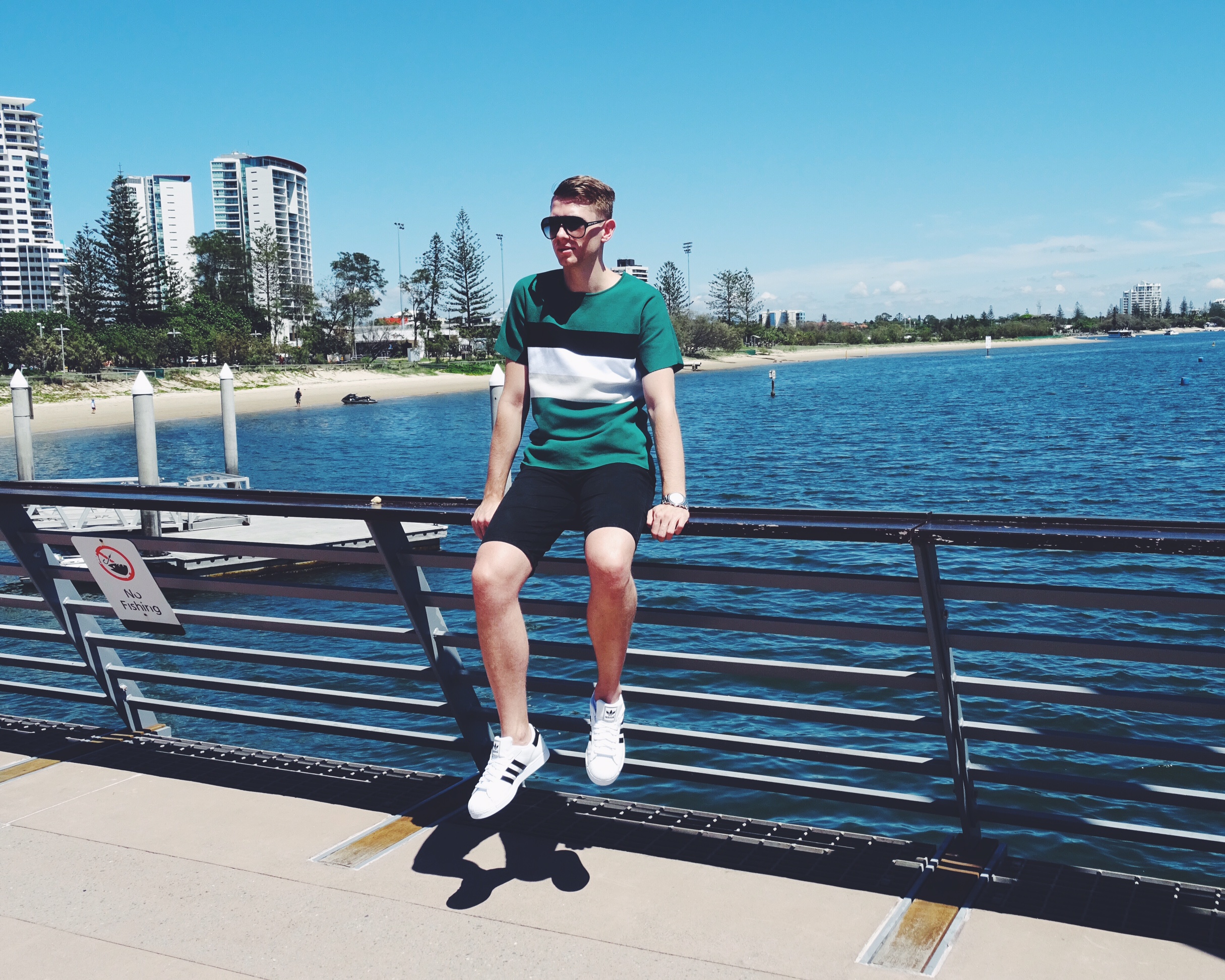 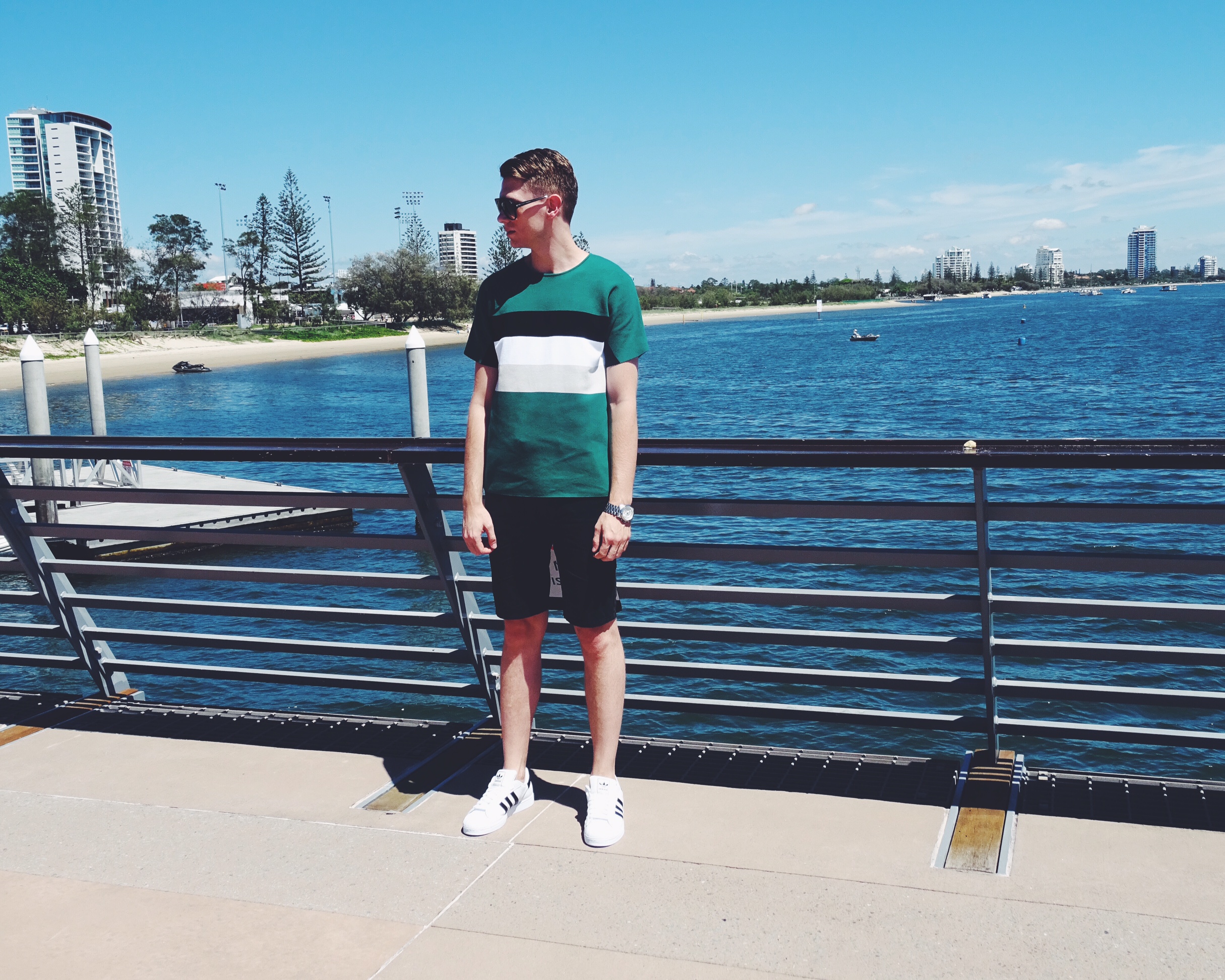 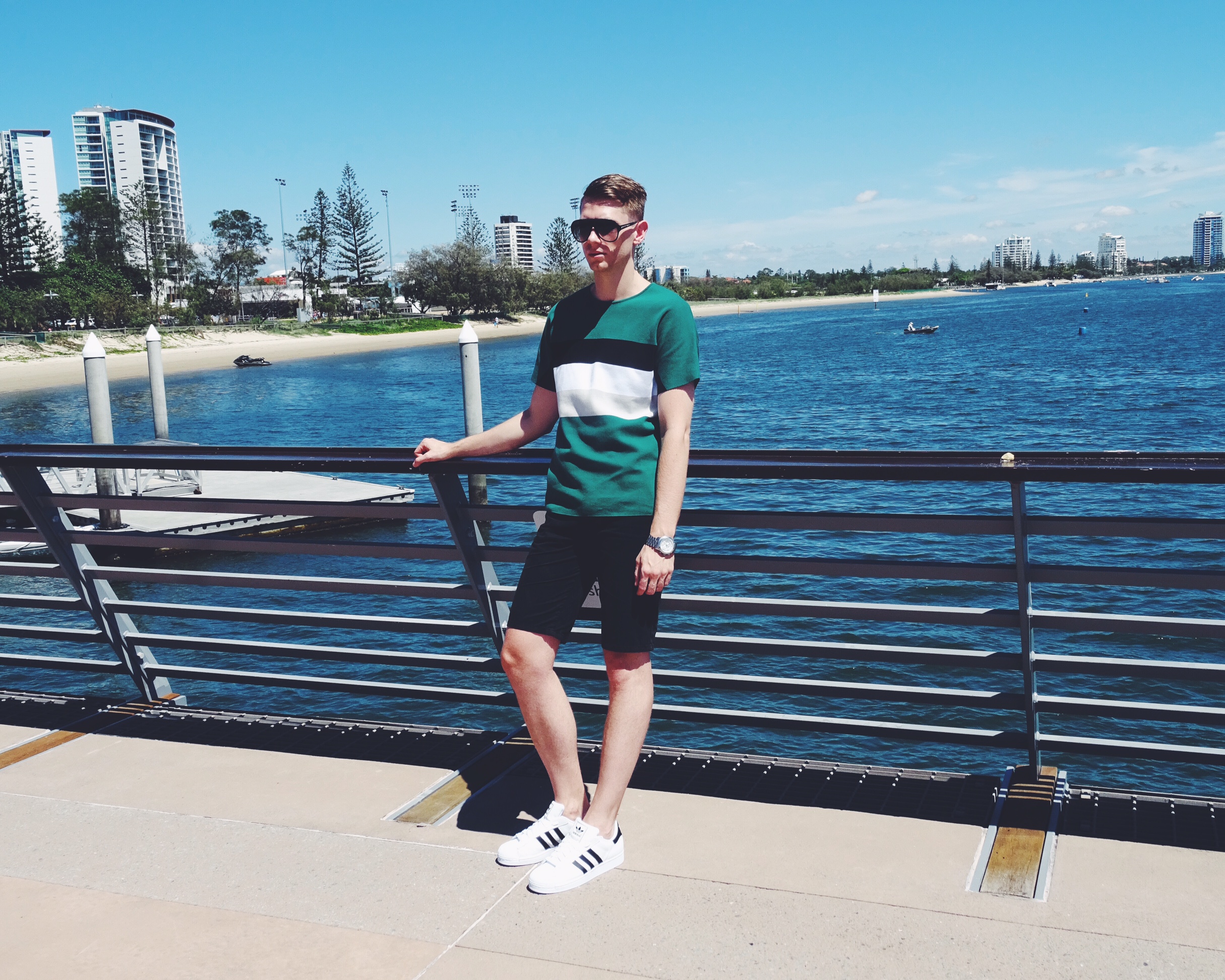