Whether you want to call it a detox or a cleanse, fashion loves a diet (or at least the statement it makes). But while the perception of beauty has changed over the decades and different diets have come and gone, one has managed to outstay the rest and proved it isn’t a fad. Standing the test of time, Diet Coke, the patron saint of fashionistas has been impacting the industry since it started seducing us in 1982 thanks to it’s combined selling ability of not only a healthy lifestyle but also sex (usually a half naked male model). And now it has a new Diet recruit. 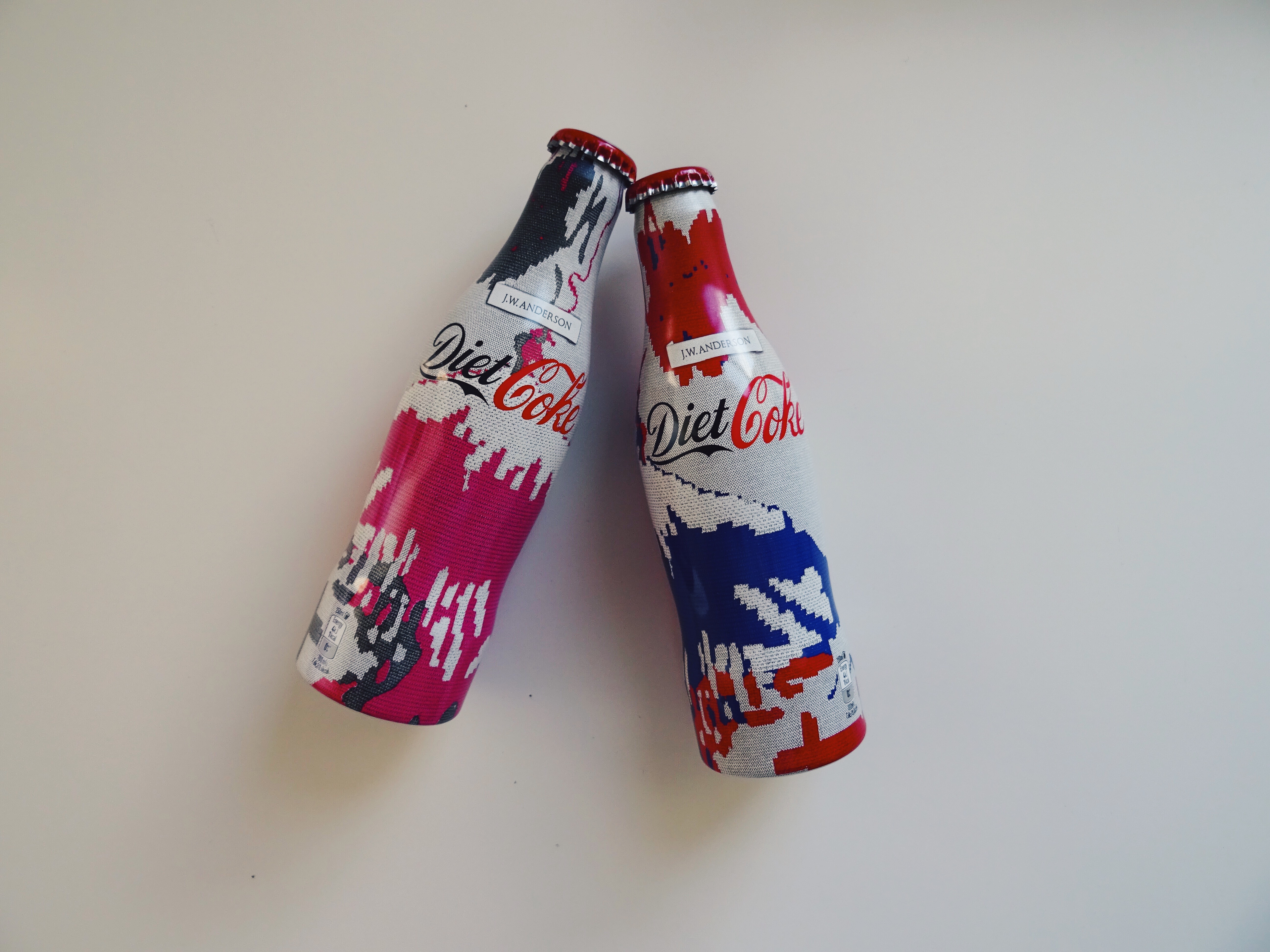 Following in the footsteps of some of fashion’s greatest creatives like Marc Jacobs, Jean Paul Gaultier and Karl Lagerfield, Diet Coke has tapped arguably the most influencial designer around at the moment, British born J.W. Anderson. While it is never easy to following in the footsteps of such iconic designers – especially ones who are known for their excessive glamour and overt feminine sensuality that is interpreted onto their bottle designs, but J.W.Anderson has not only redesigned the coke bottle but redesigned how they are produced by using photography on the bottles – the first time in Diet Coke history. Inspired by the knitwear from his AW15 collection, J.W.Anderson offers up a unique product that appeals past his predecessor’s overtly feminine designs with something unisex, just like his clothes.

Now that’s what I truly call a ground breaking diet.

Available exclusively at Harvey Nichols from the 17th of August. 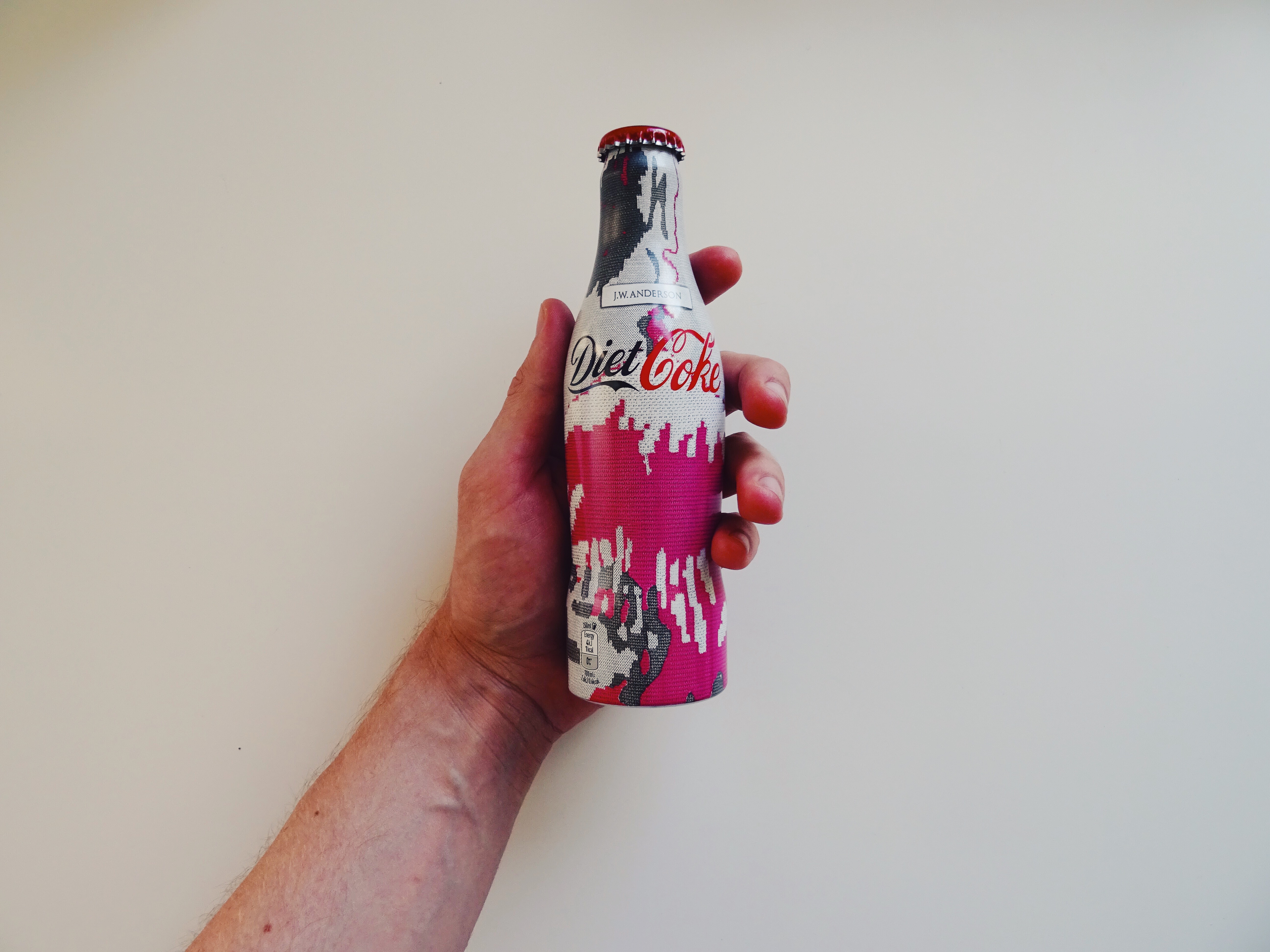