They say behind every good man is a great woman, and I can’t think of a better sentence to encapsulate Donatella Versace. Since taking over the guided reigns of the iconic Italian house when her brother was murdered in 1997, Donatella has helped to reshape and reinvigorate the brand through troubled times. I mean this is the woman who singled handedly kept muscle bound male models in their jobs through the Hedi Slimane for Dior Homme days when everyone was stick thin.

Continuing to churn out understated campaigns featuring doppelgänger of herself alongside half naked muscle gods that ooze sexuality in a restrained form that could teach Tom Ford a thing or two, her SS16 release is no different. Featuring beautiful models such as Raquel Zimmerman, Natasha Poly, Gigi Hadid, Benjamin Benedek and Nathaniel Visser, photographer Steven Klein captures them and their curves (whether it be muscle or not) against the harsh salt flats. But of course it’s the boys Donatella wants to talk about and describes them as “the Versace man is at his most dramatic, fearless and strong. He is a man of his own mind, no matter where he finds himself.” … Of course he is when he has someone like Donatella behind him.

See the latest To Give And To Receive… shoot. 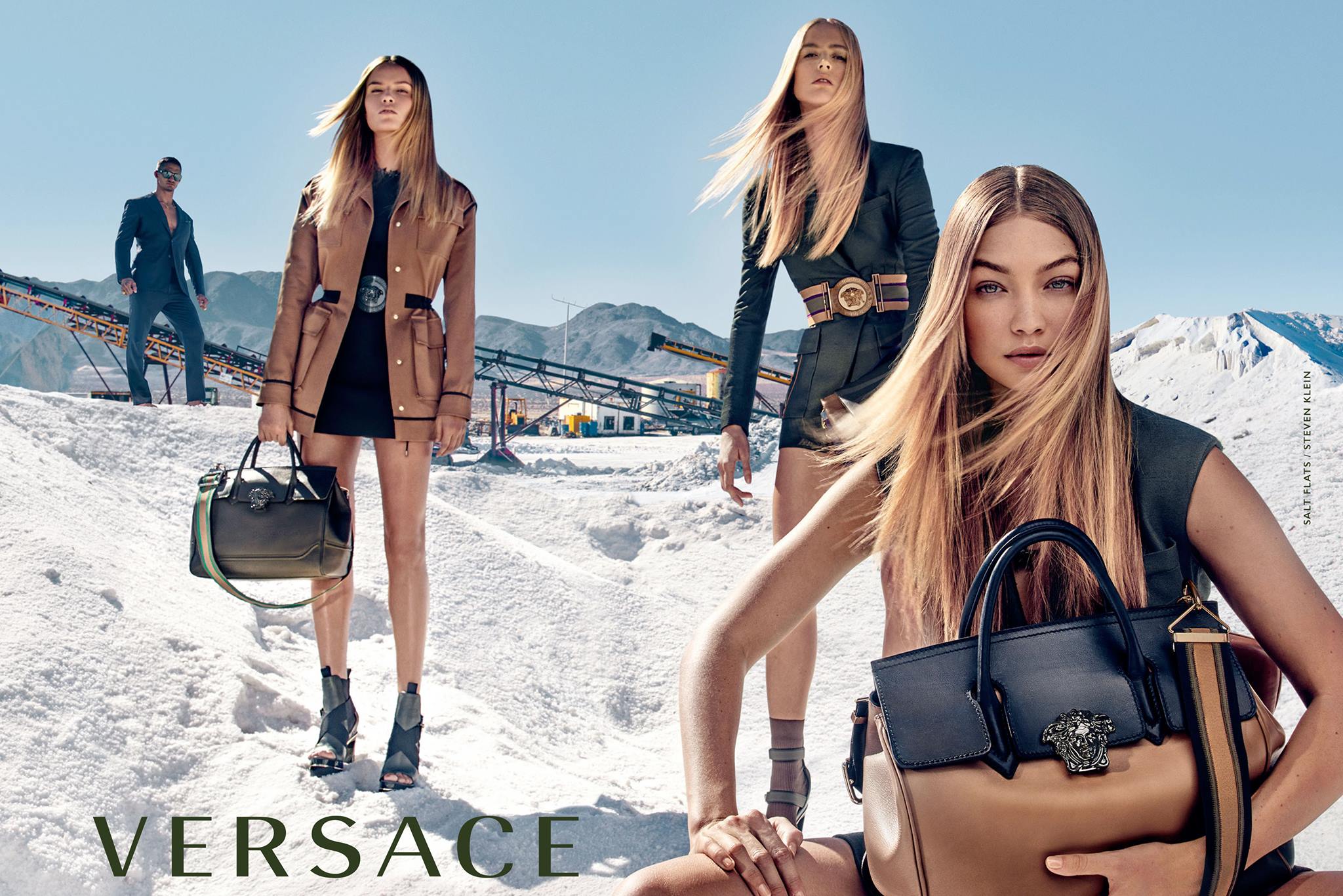 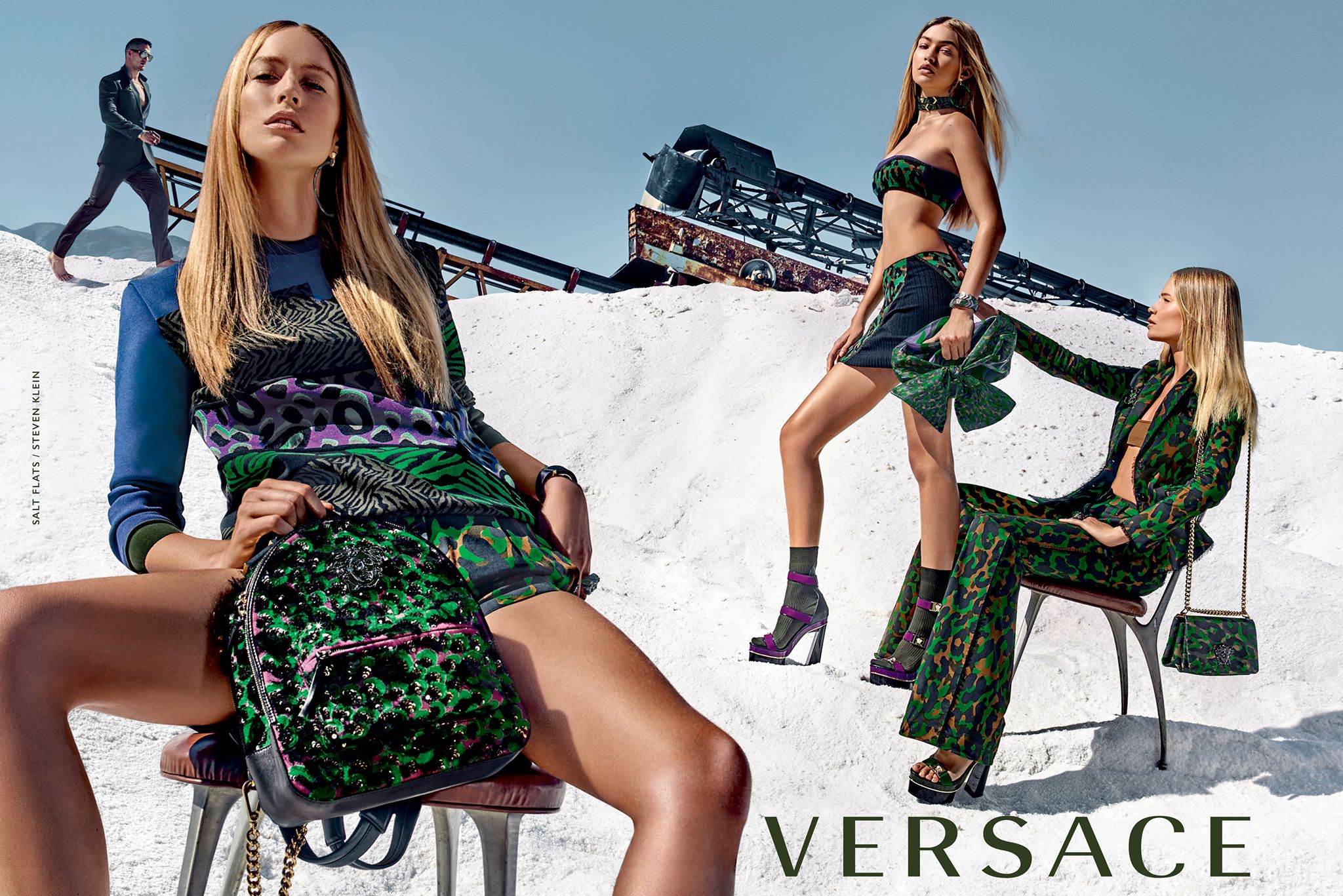 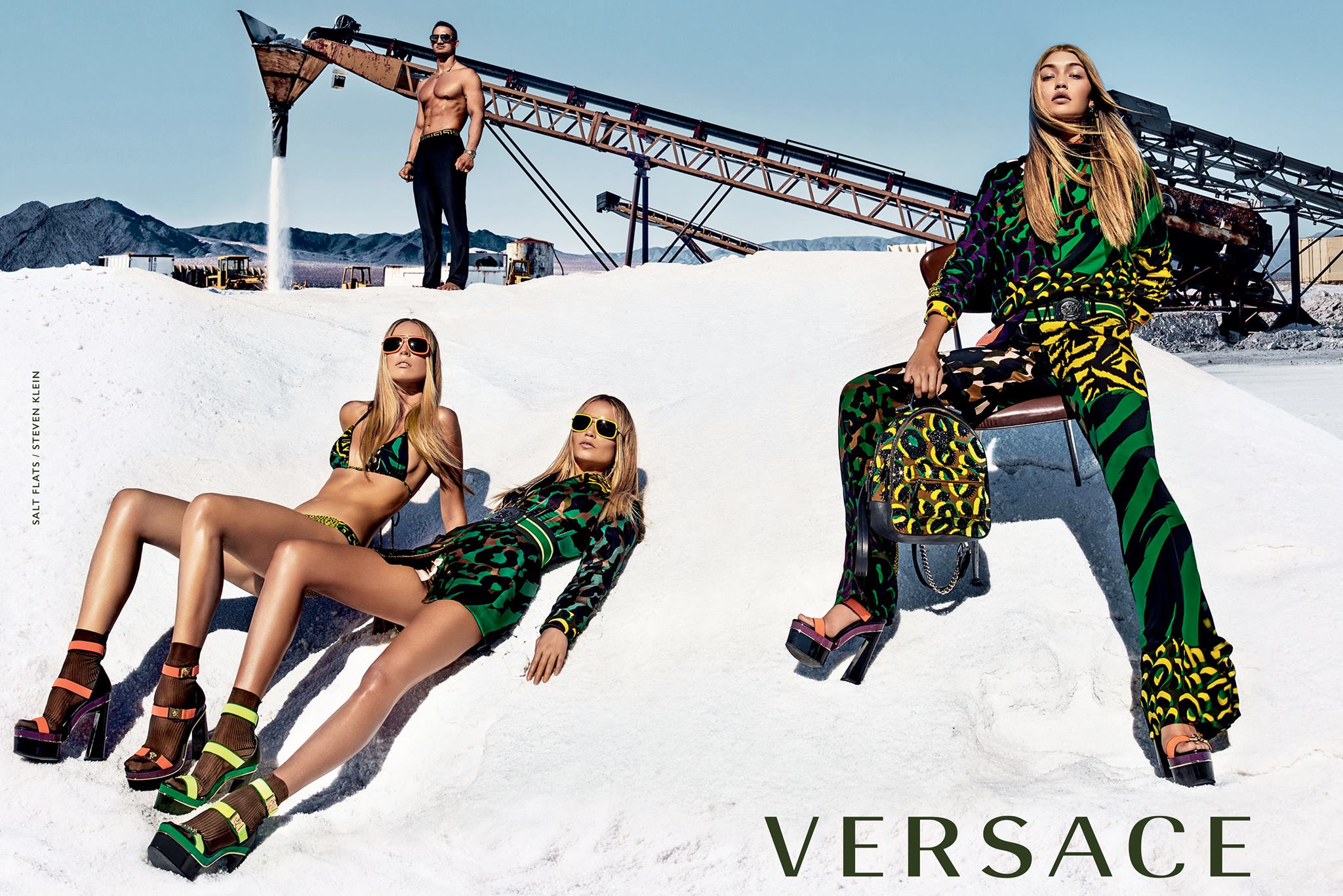 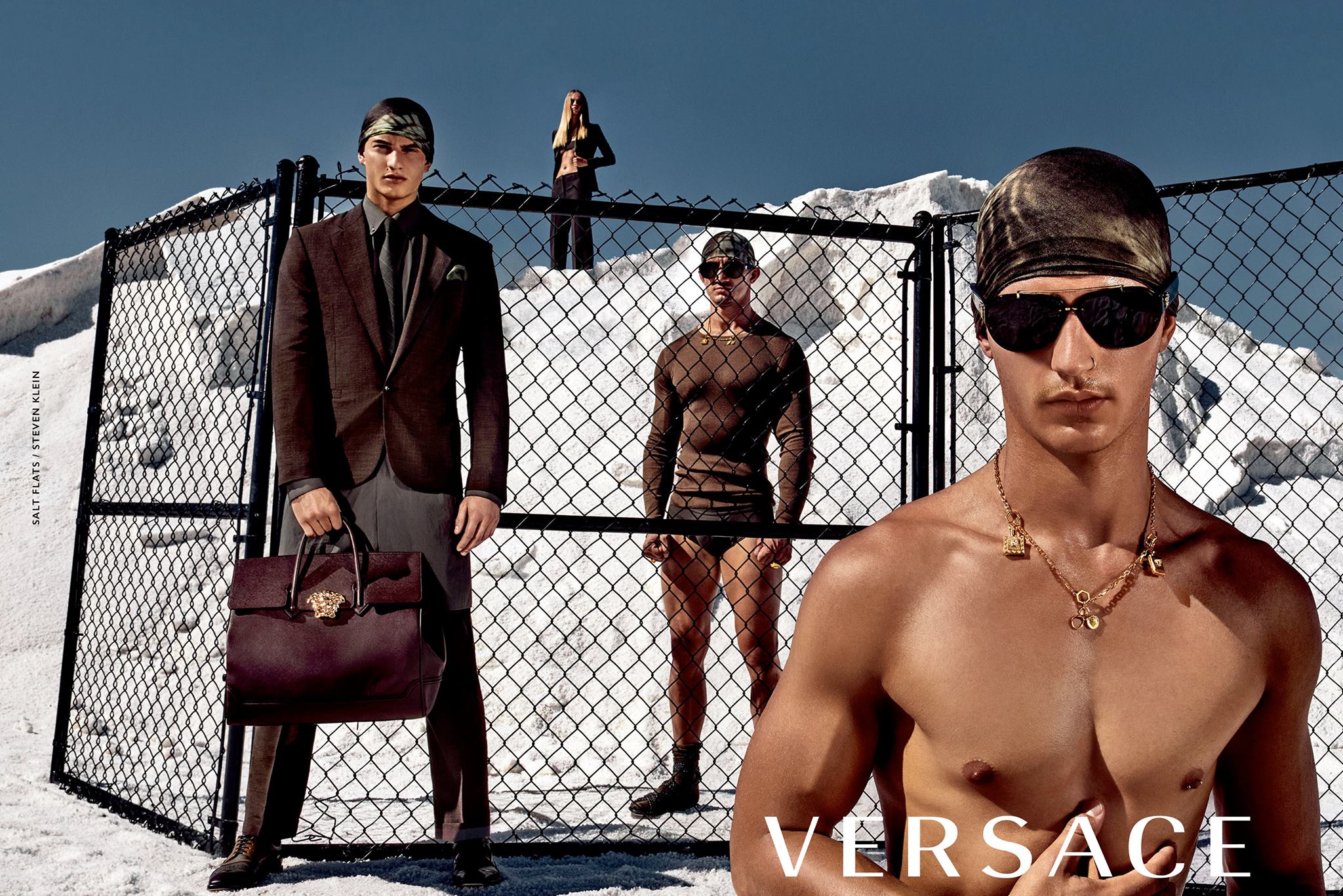 See the latest To Give And To Receive… shoot.