After a busy week of disputing last season’s campaign with the UK Advertising Standards Authority in regards to one female model being viewed as “unhealthily thin”, Gucci quickly followed this up by announcing some positive news that the iconic Italian brand will be presenting its men’s and women’s collections in one combined fashion show starting in 2017.

Discussing his decision behind it, Alessandro Michelle said to WWD “it seems only natural to me to present my men’s and women’s collections together. It’s the way I see the world today, I believe it will give me the chance to move toward a different kind of approach to my storytelling.”

So it seemed to be the perfect time for the brand to show that they weren’t just trying to create some ‘gender bender’ press story but actually make a difference in the industry when they wrapped the week up by releasing their Pre-Fall 2016 campaign with a mix of up and coming male and female models including Nicole Atieno, Polina Oganicheva, Eva Minaeva, Laura Hagested, Lia Pavlova, Fionnan Michael Byrne-Perkins, Elie Van Ravels, Anton Tofgart and Lucas Dambros alongside some flamingos… Now if this what Alessandro Michelle’s world looks like I want to live in it. 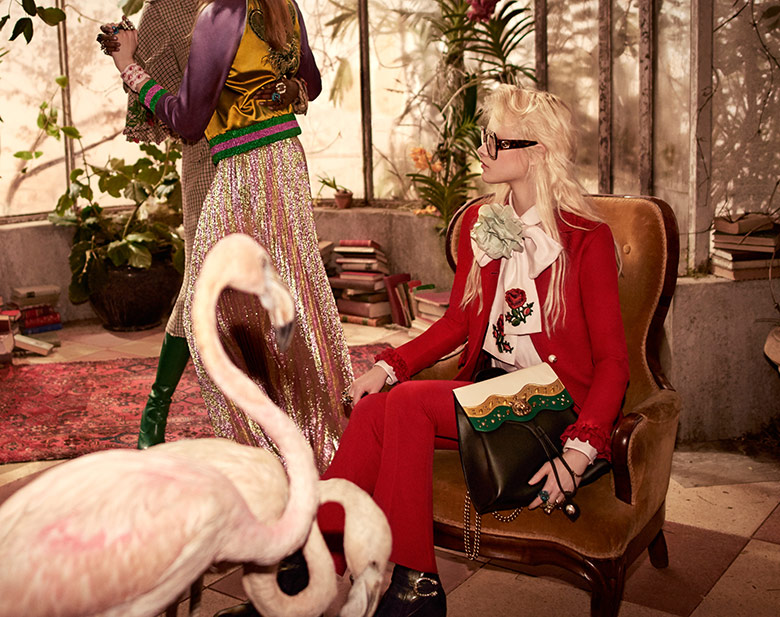 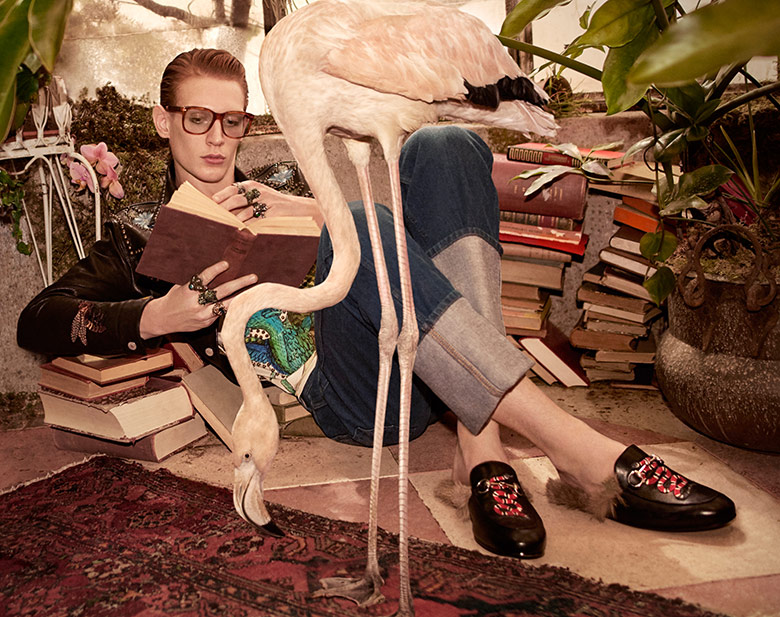 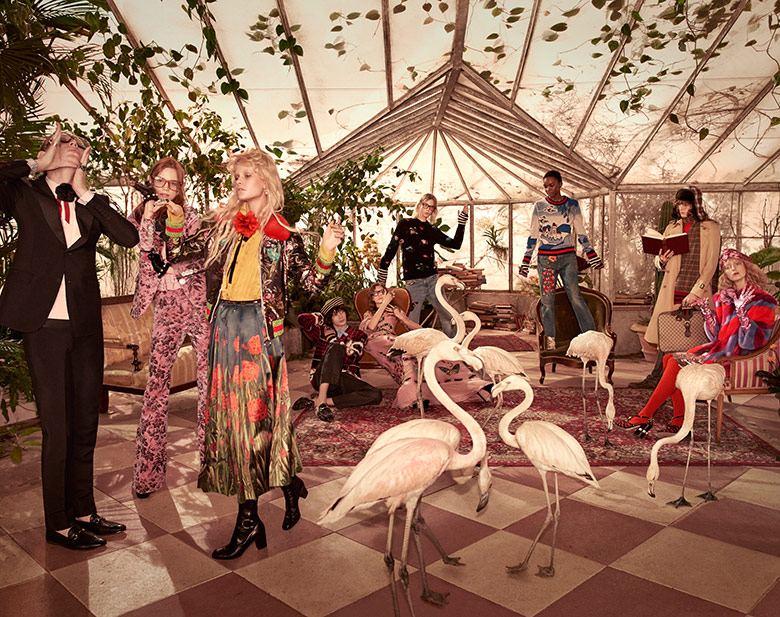 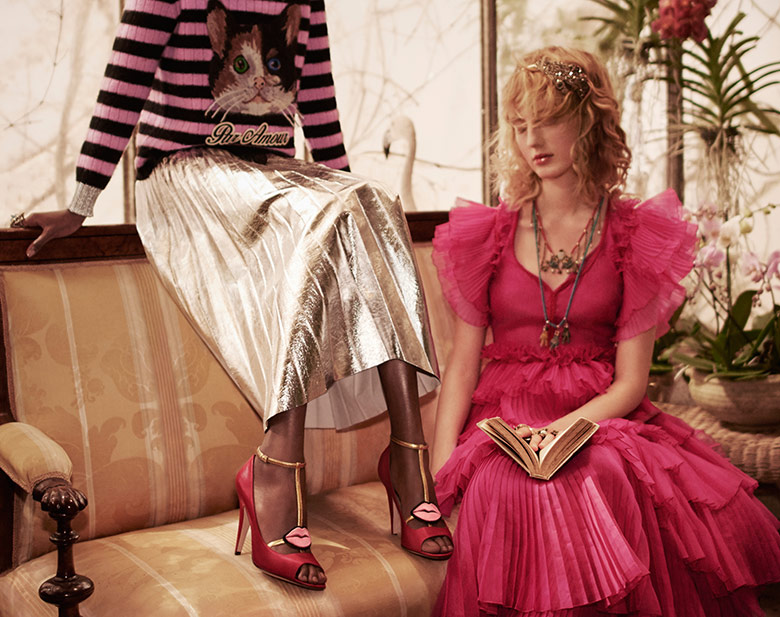 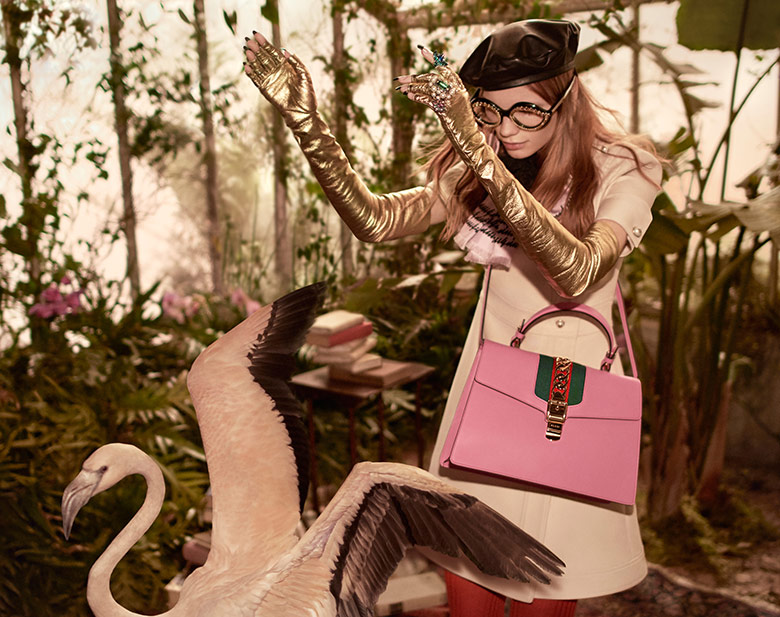 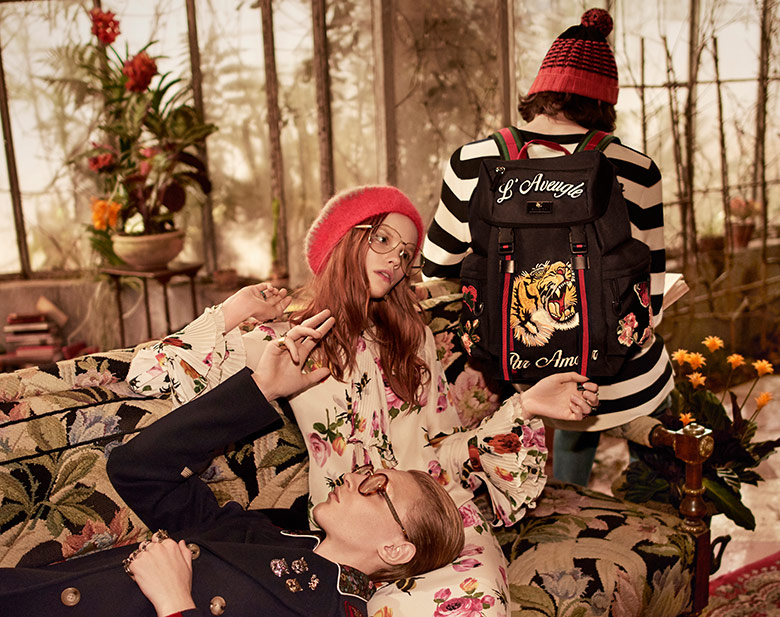