If there is one fashion rule I obey without fail it has to be less is more. By limiting what you show, you can get your vision and idea across much more quickly rather than handing someone a jigsaw puzzle for them to assembly just so they can understand your outfit of the day. Coco Chanel said it best when she famously stated “Before you leave the house, look in the mirror and take one thing off.” So while she might have said it best, I think Donatella Versace showed it best with the new season Versace Accessories campaign.

Known for her over the top opulent style, Donatella has completely stripped it back this season and heroes out the simplicity and versatility of the humble scarf by showcasing half naked male and female models including Benjamin Benedek and Malcom Lindberg adorning them. So if you are going to remove one thing before leaving the house this season, make sure you leave your scarf on! 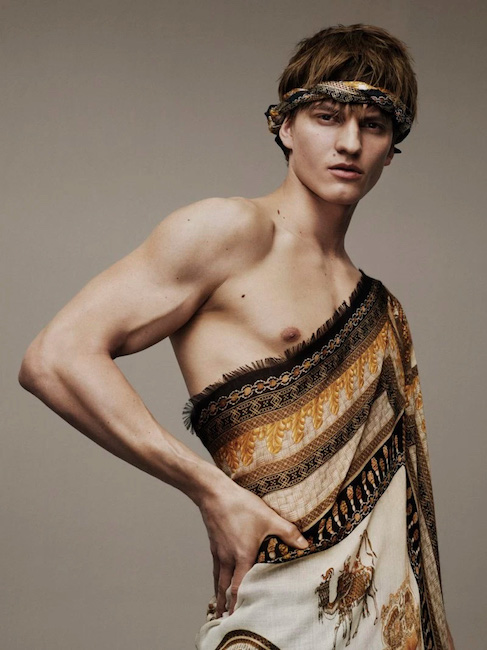 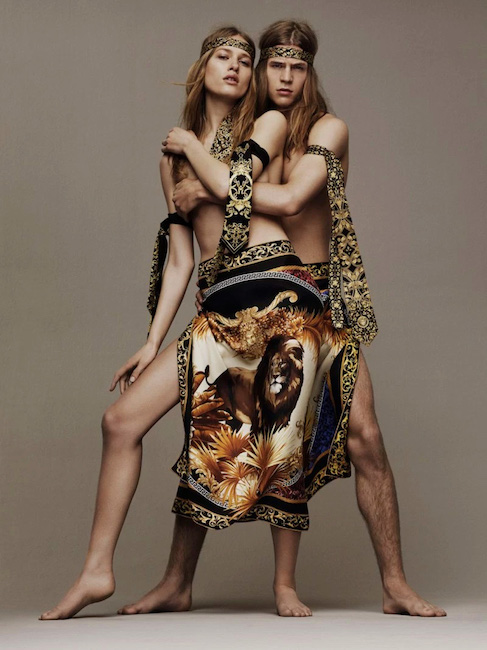 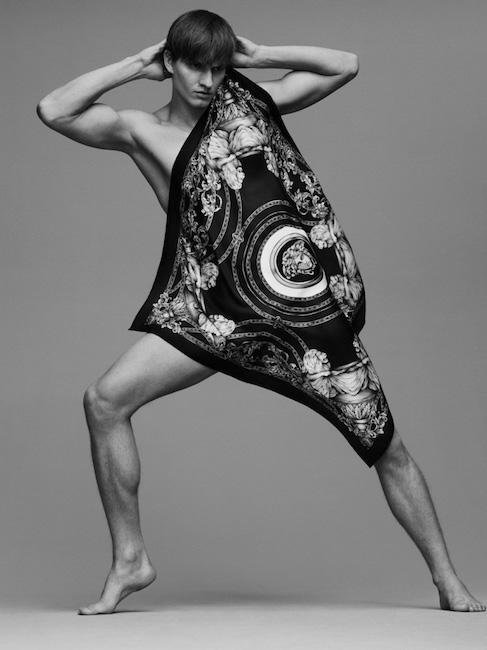 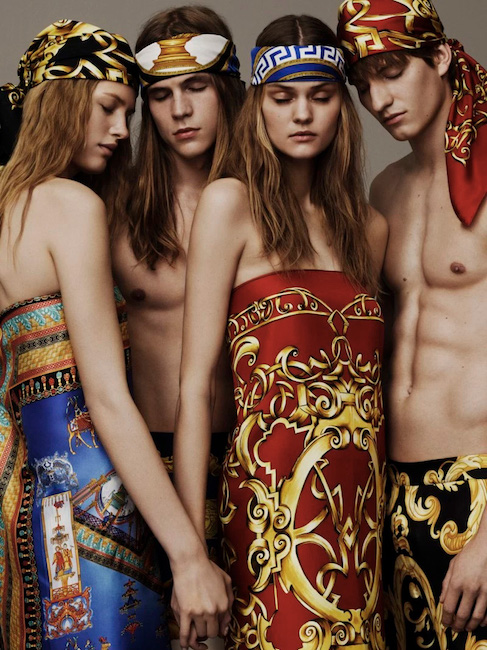 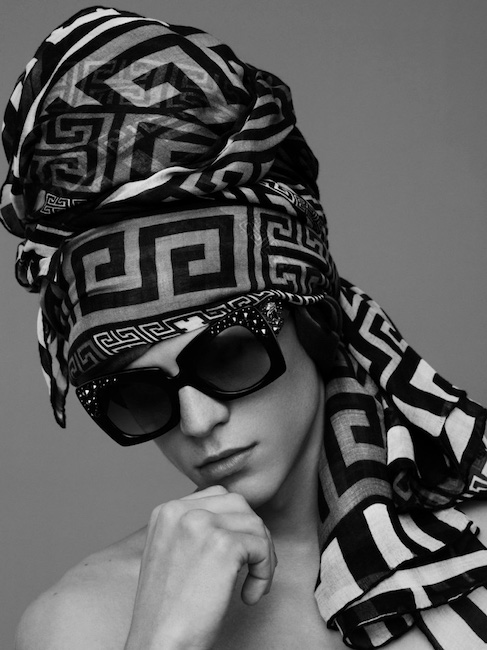 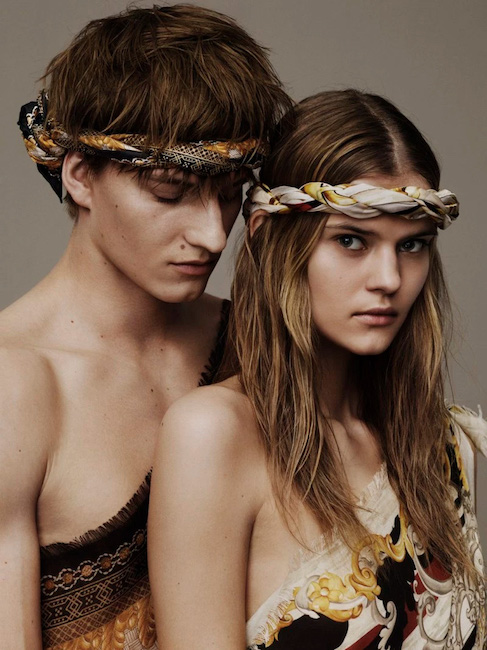 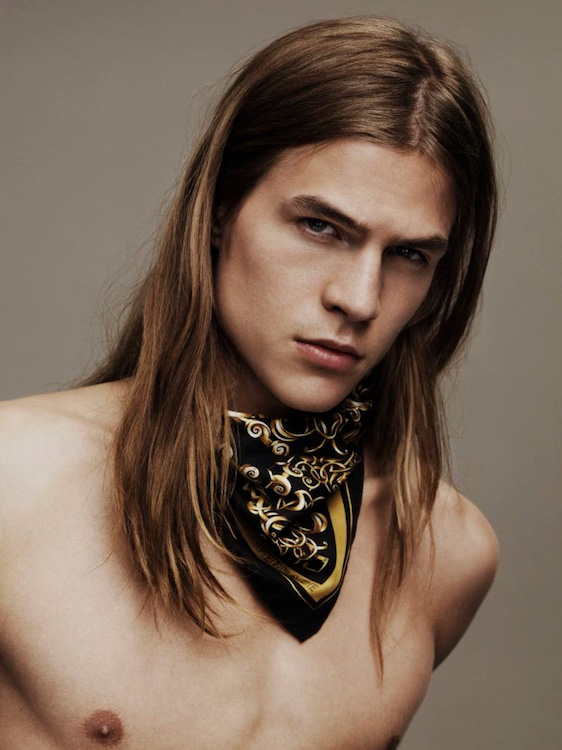