Or something like that… Whether you want to call it getting with the times or expanding your database, Dolce & Gabbana is for the kids this season. After featuring a line up of slimmer and younger models for their SS17 runway show singnaling their departures from their trademark hyper-masculine near naked David Gandy like men of the past, the iconic Italian house has released a preview image of the SS17 campaign featuring a crop of very young male ‘models’ with half of them being the offspring of celebrities (surprise, surprise). Starring Cameron Dallas, Brandon Thomas Lee (son of Pamela and Tommy Lee), Presley Gerber (son of Cindy Crawford), Rafferty Law (son of Jude Law), Gabriel Kane-Day Lewis (son of Daniel Day Lewis), and Luka Sabbat alongside two native street cast women, the boys all seem to be having a ball of a time in their new season looks that make them look so much more distinguished than their actual youthful years of these Princes of Pop Culture. While I don’t really have a problem with nepotism, how is it that a brand that charges £1750 for a suit is trying to sell a product that without their parents they could’t afford themselves? 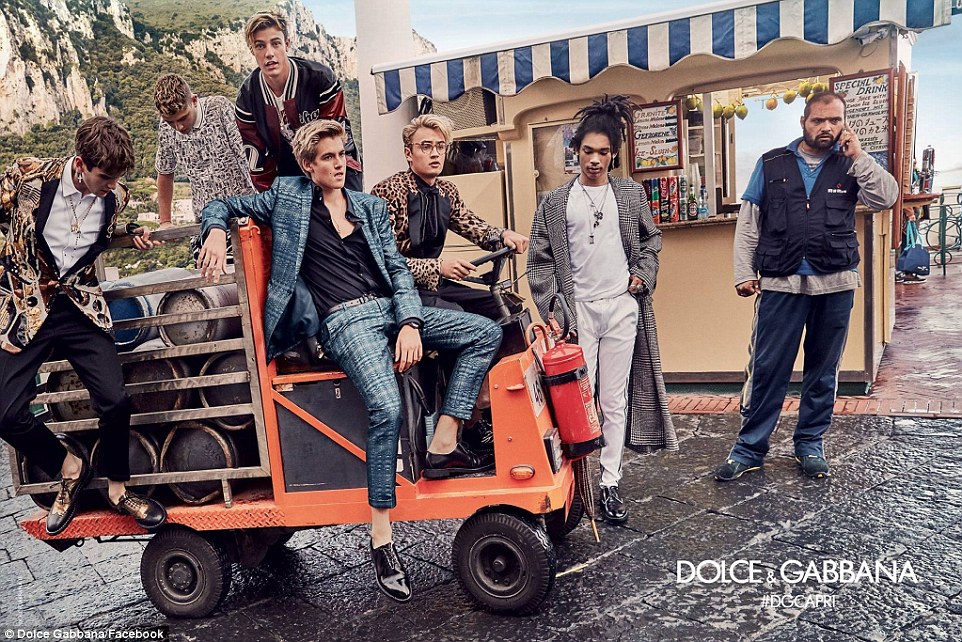 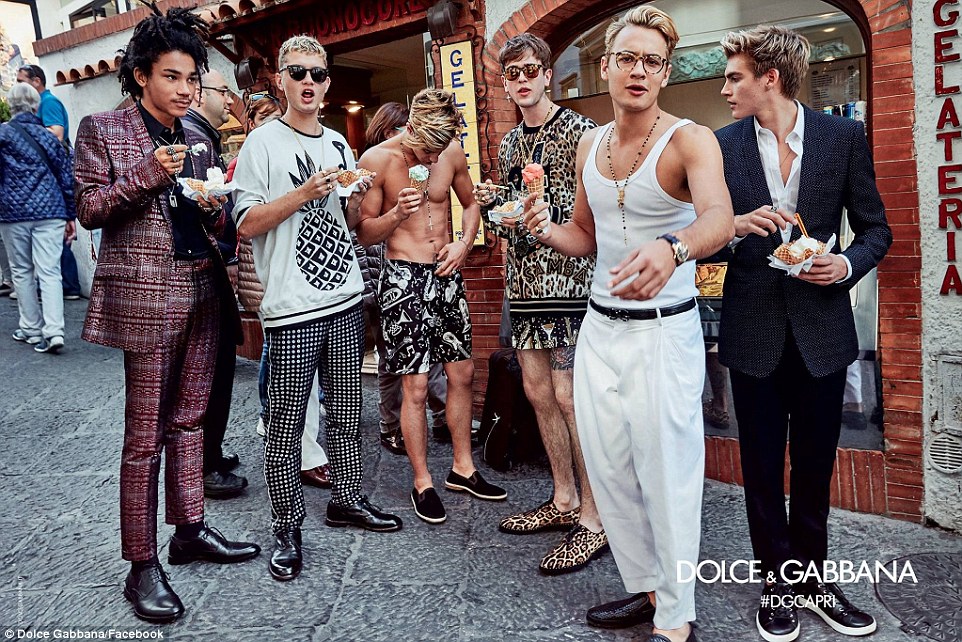