What’s new? Are there two words that strike more fear in us than that simple question? When we are so programmed in our modern lives to be able to answer with wonderful tales of amazing adventures, the latest technologies or new discoveries of music and TV shows that we just end up stumbling over our answers and spit out ‘not much’ out of fear of being perceived as less cool. We have all been there but then what is actually new in 2019? After finding myself wondering around the streets of Paris on a dreary July afternoon searching for pastries and indoors adventures to avoid the rain that had been plaguing the day, I found myself stumbling back into familiar territory – the Palais Royal. Everything was the same as the last time I was there, the tour group trying to take a group shot with a selfie stick, the ratty pigeons swooping in and out of view, the street merchants trying to sell Eiffel Tower keyrings but most of all the beautiful contrast on old and new between the 16th century building and the 1980s column sculptures by Daniel Buren hadn’t changed. The only thing that was different was me – my hair was longer, my outfit more relaxed and I wasn’t stuffing a croissant in my mouth to get a shot before the next bus load of tourists arrive.

But for some reason I’ve not looked at the pictures since thanks to a sea of similar shots on Instagram and a ‘been there, done that’ mentality that I didn’t see a point in sharing them… But I love the setting and I love my outfit (J.W Anderson naturally) so why should it matter if it has been done before? Familiarity can be such a comforting thing, maybe if we let go of our obsession with newness then we wouldn’t have so much of consumption culture where we have to devour everything new insight before anyone else can get to it… Can’t we just relax a little and enjoy the pleasures of life but more importantly, of Paris? Let’s make old the new new. 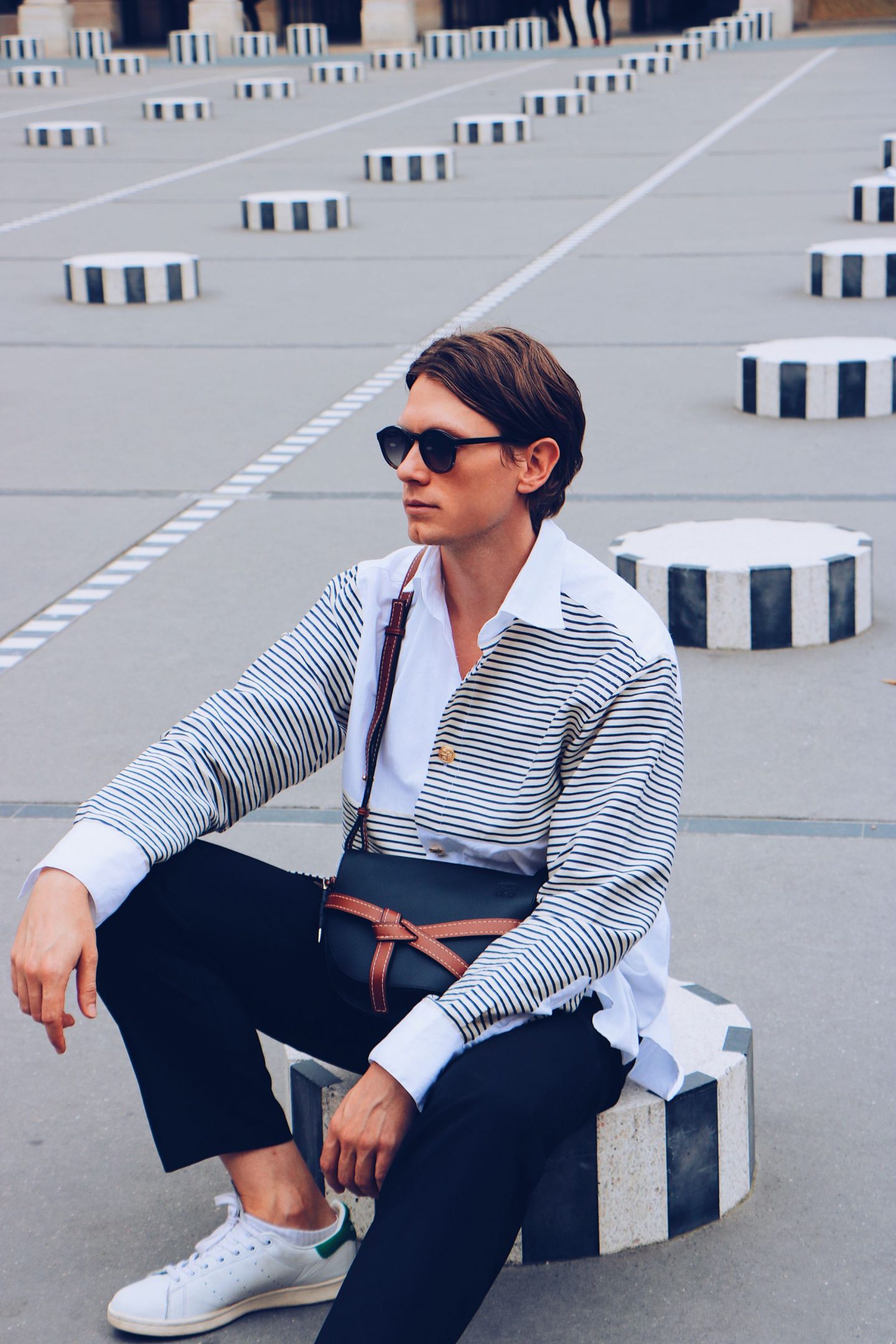 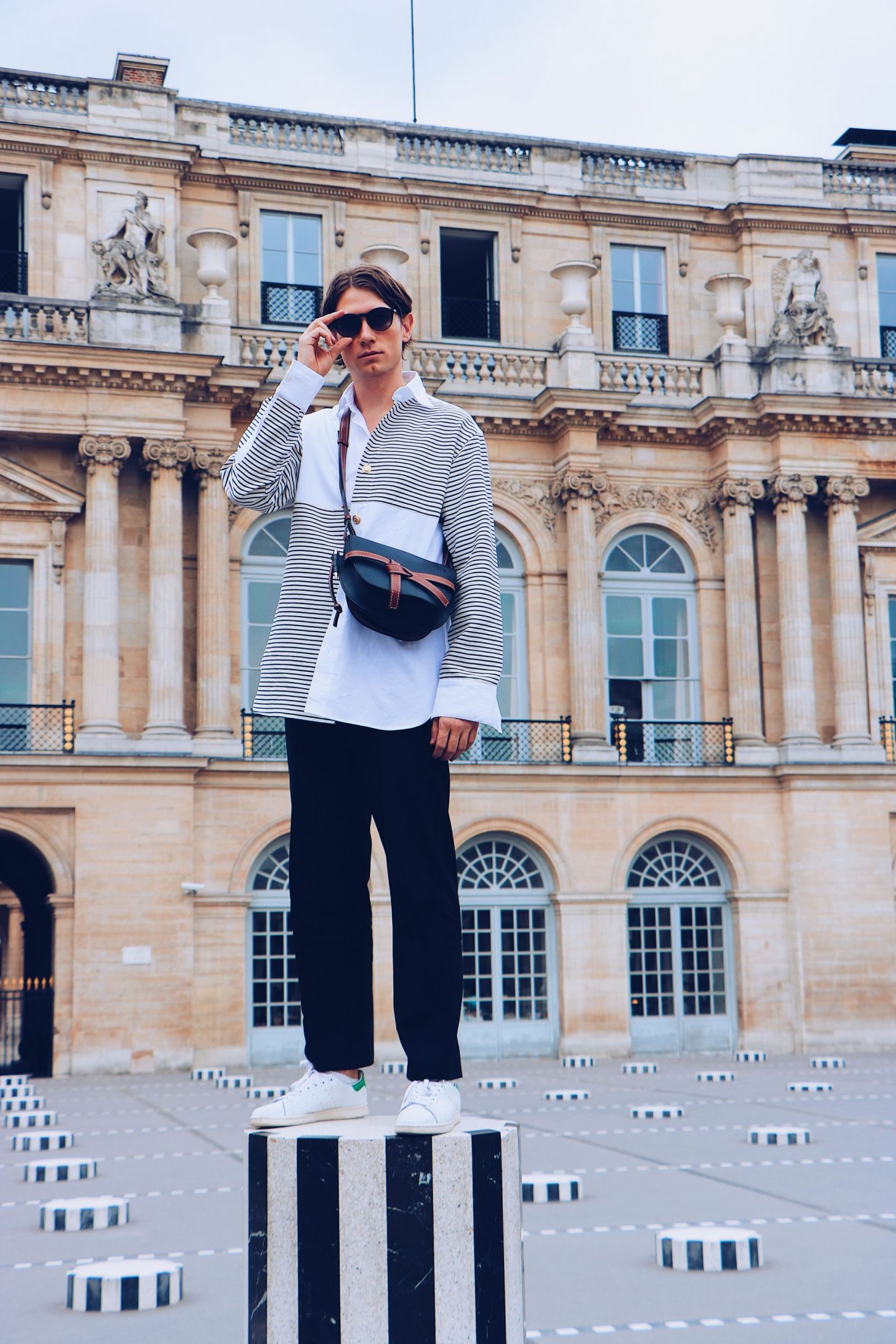 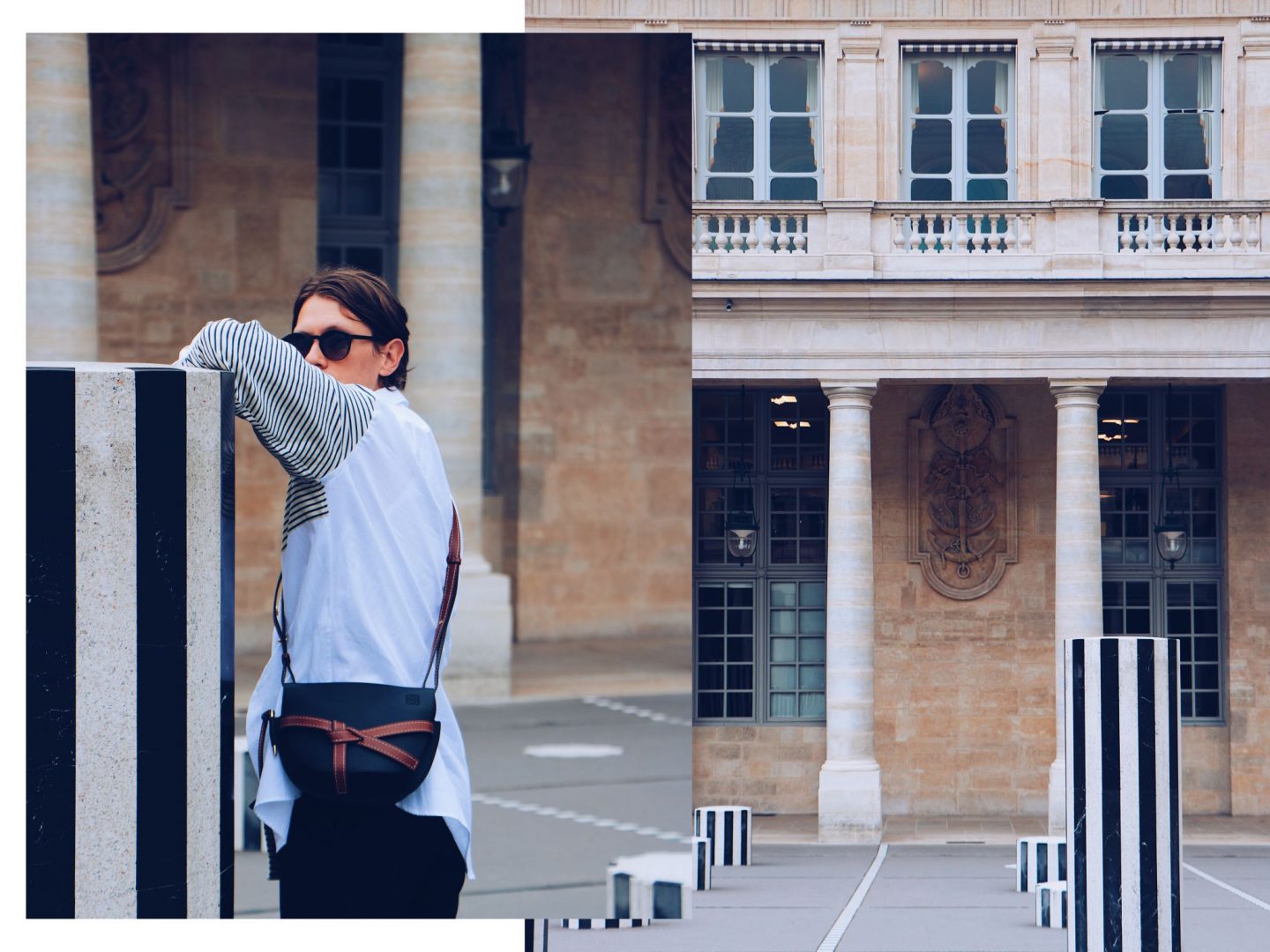 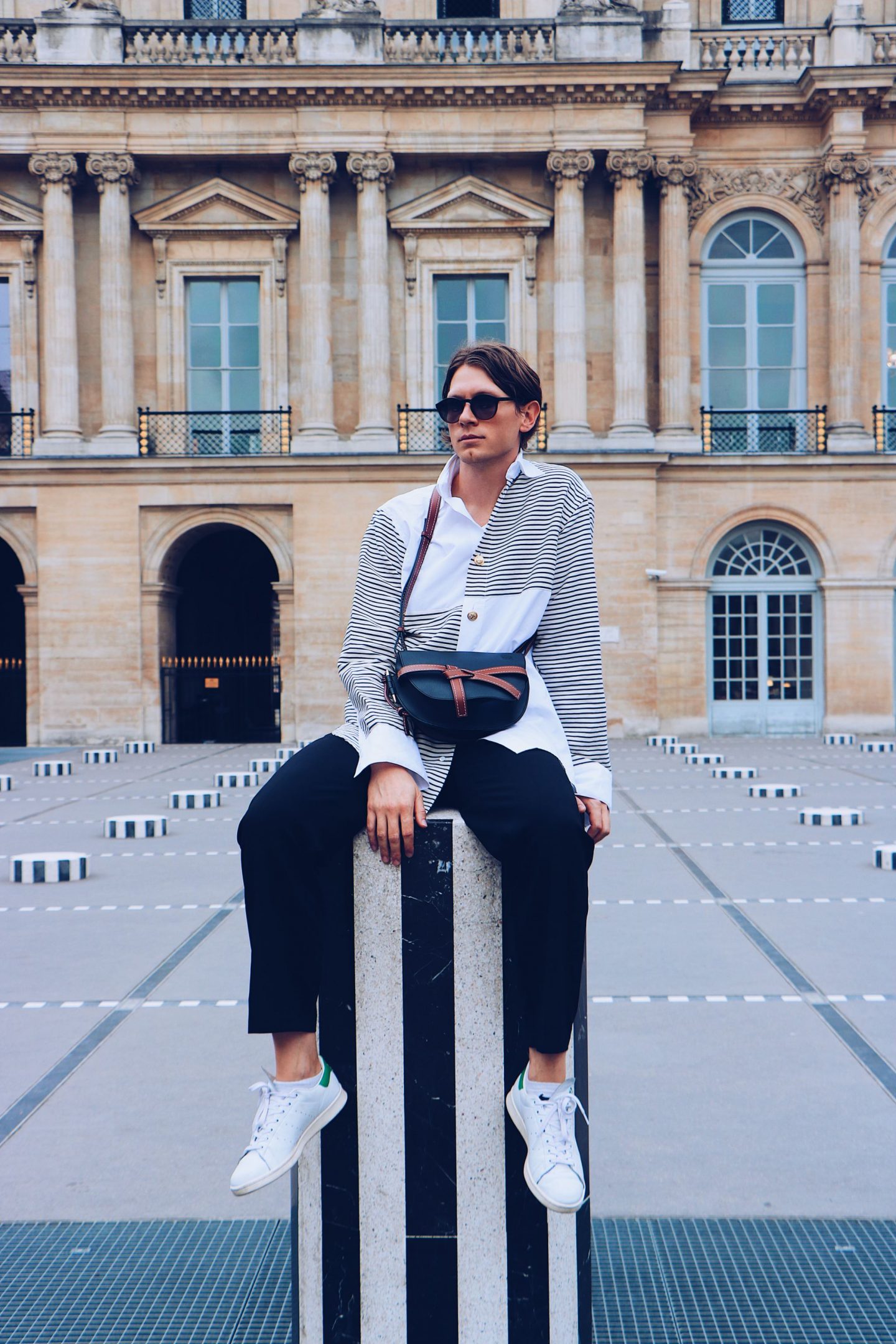 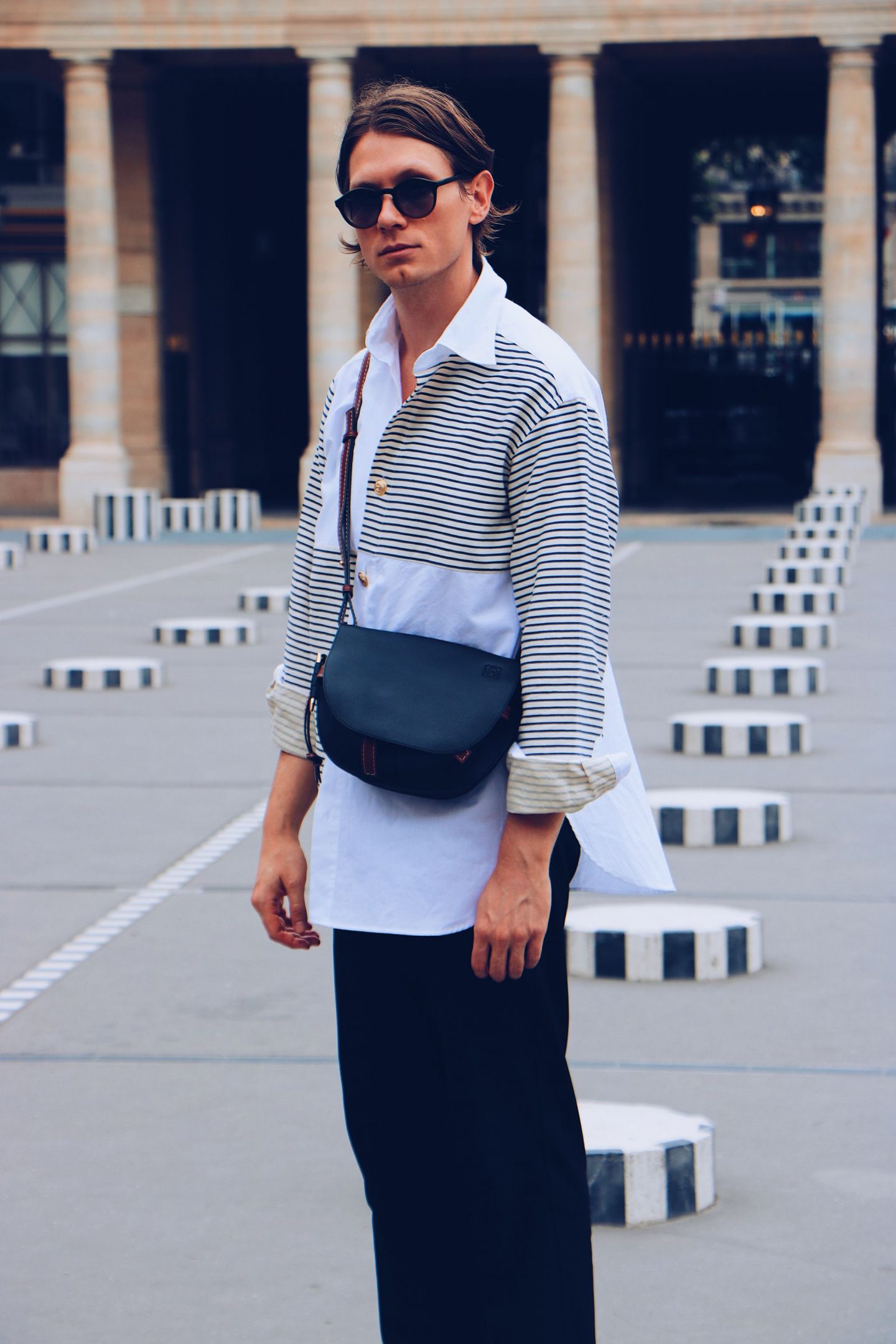 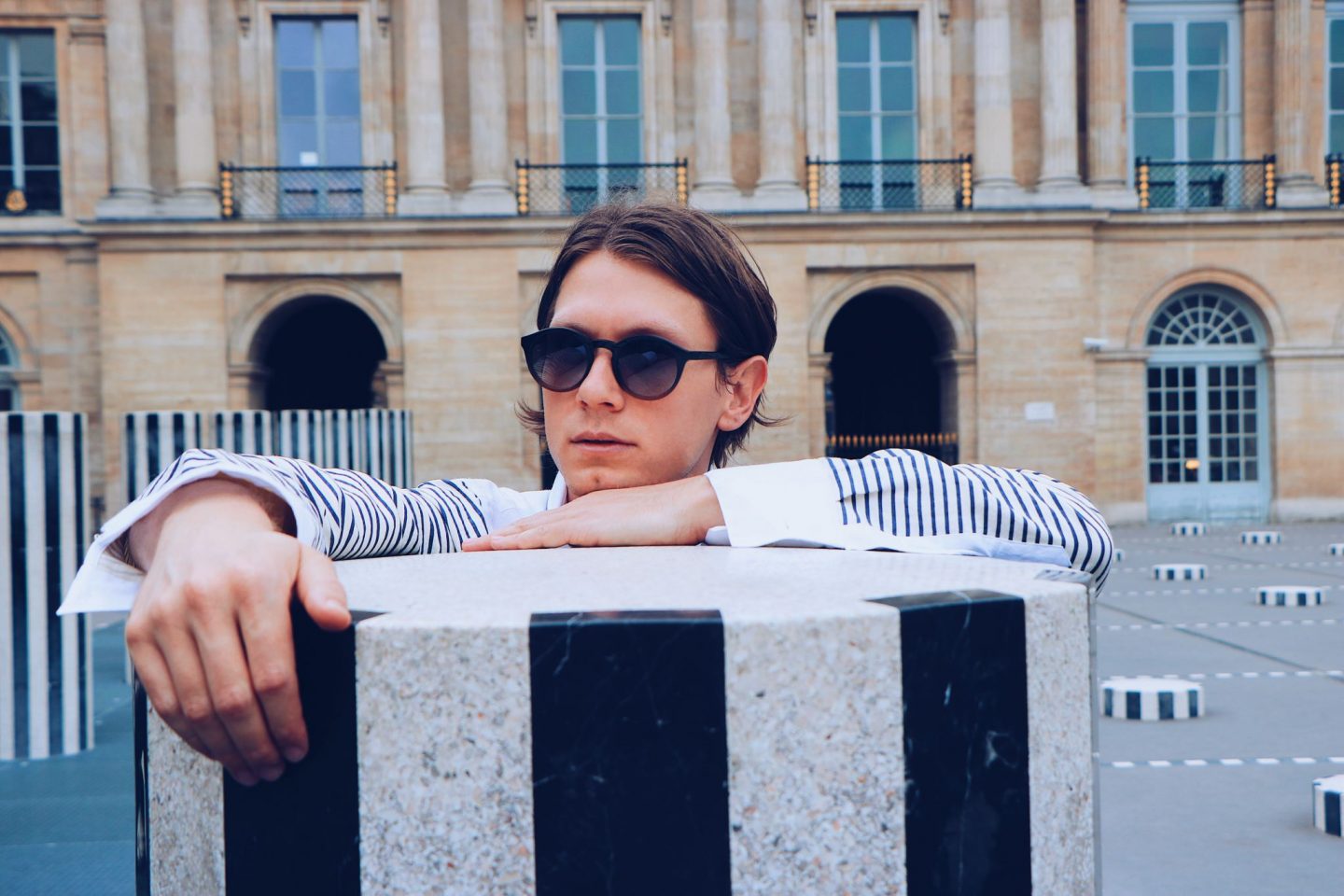 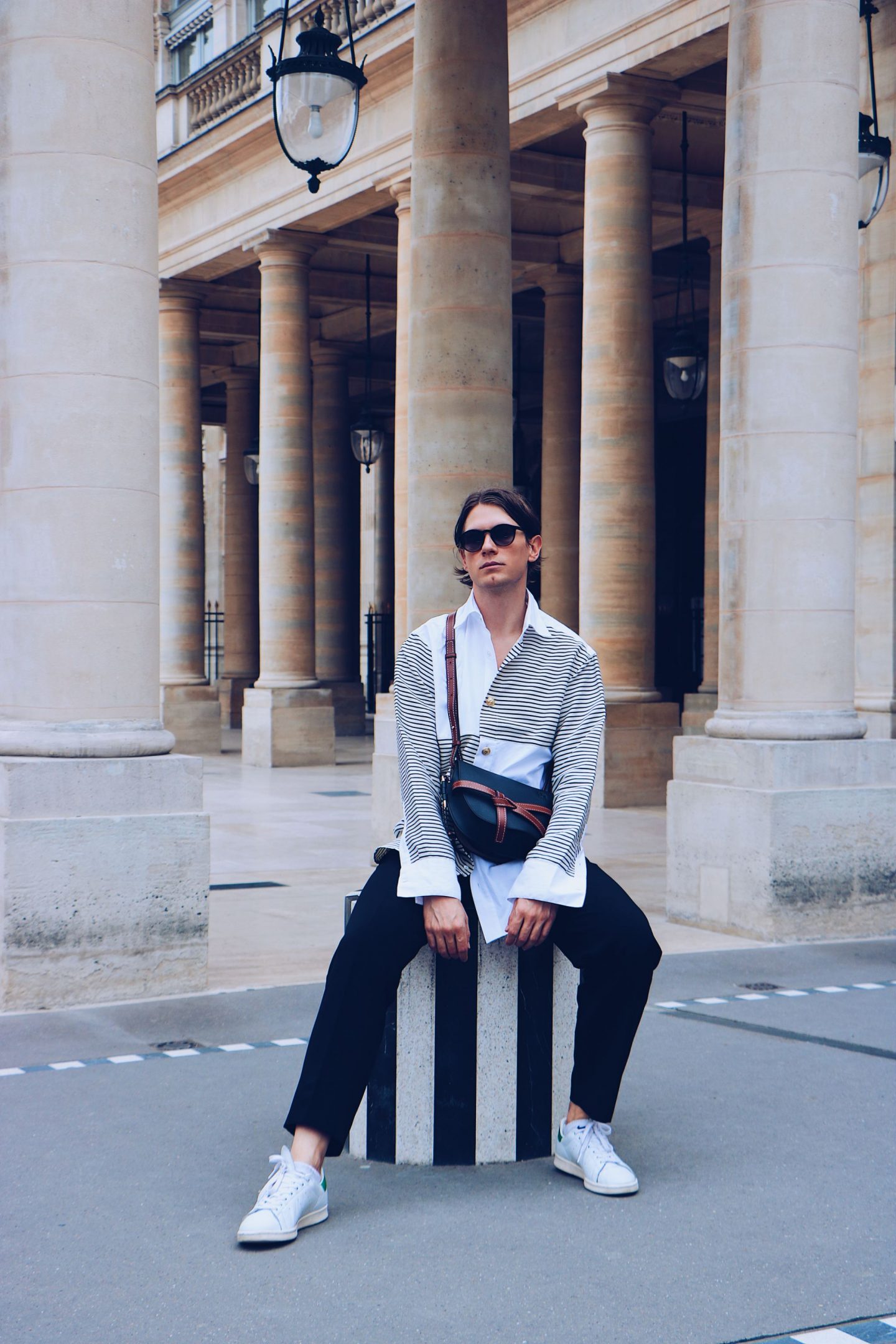 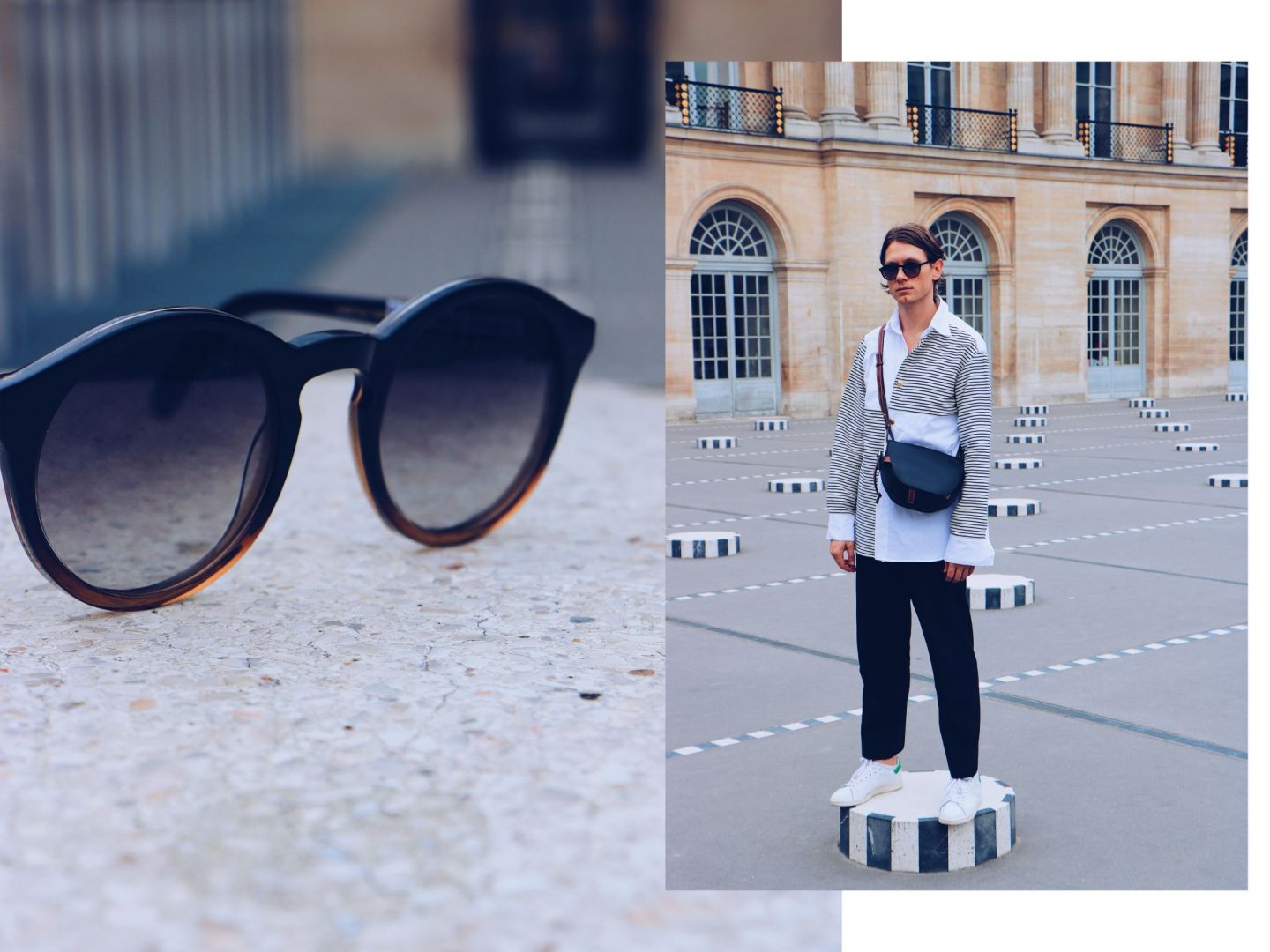 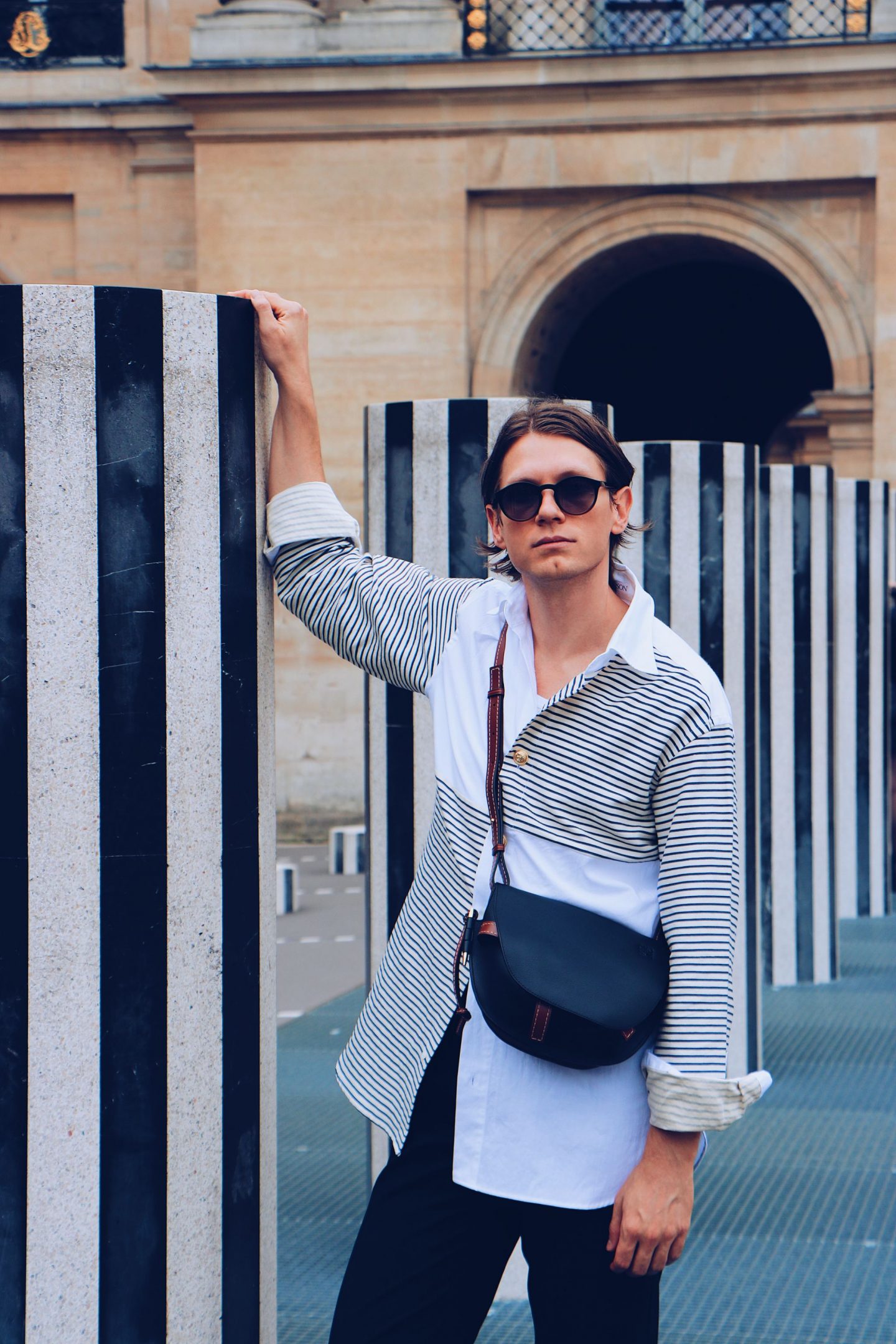 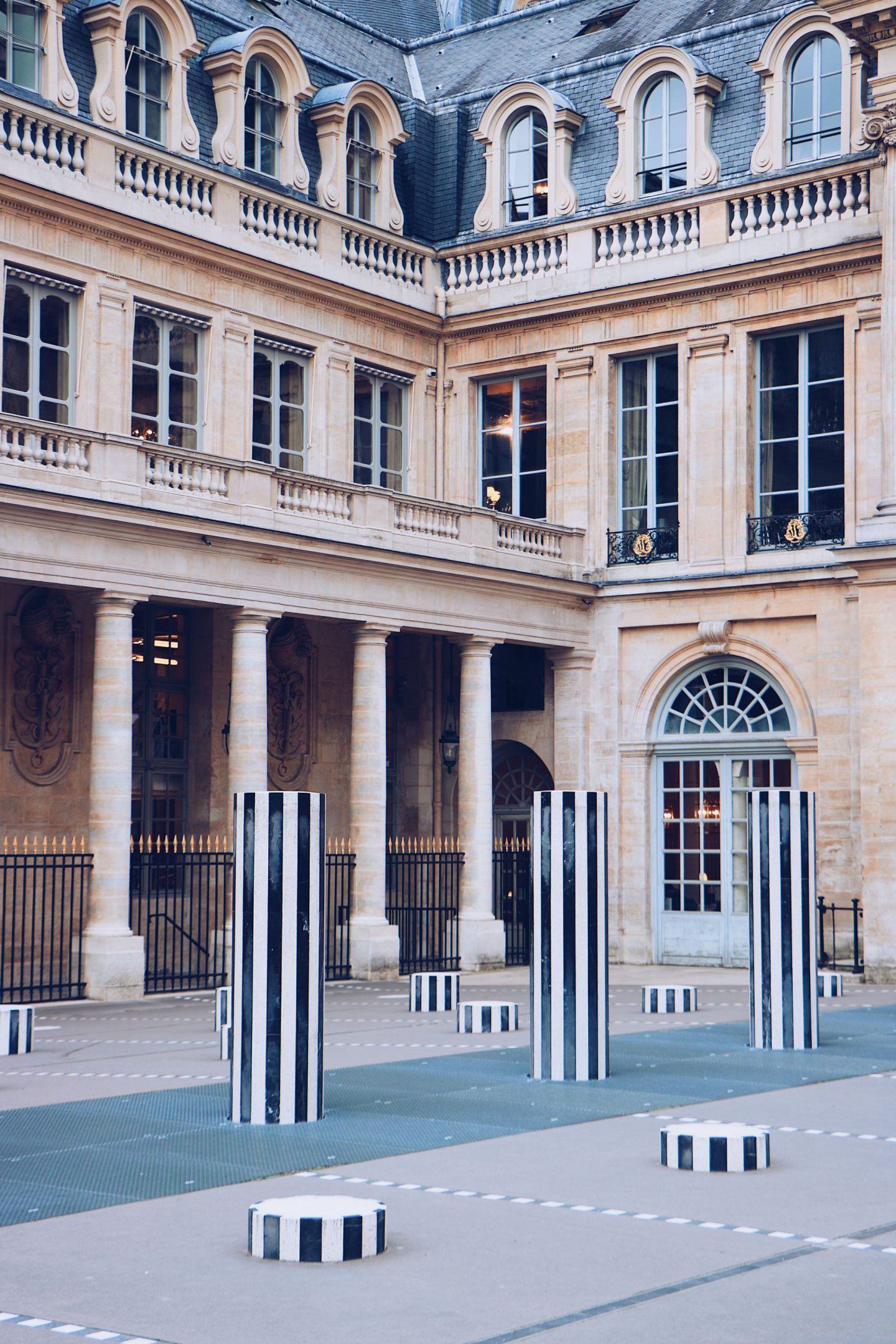 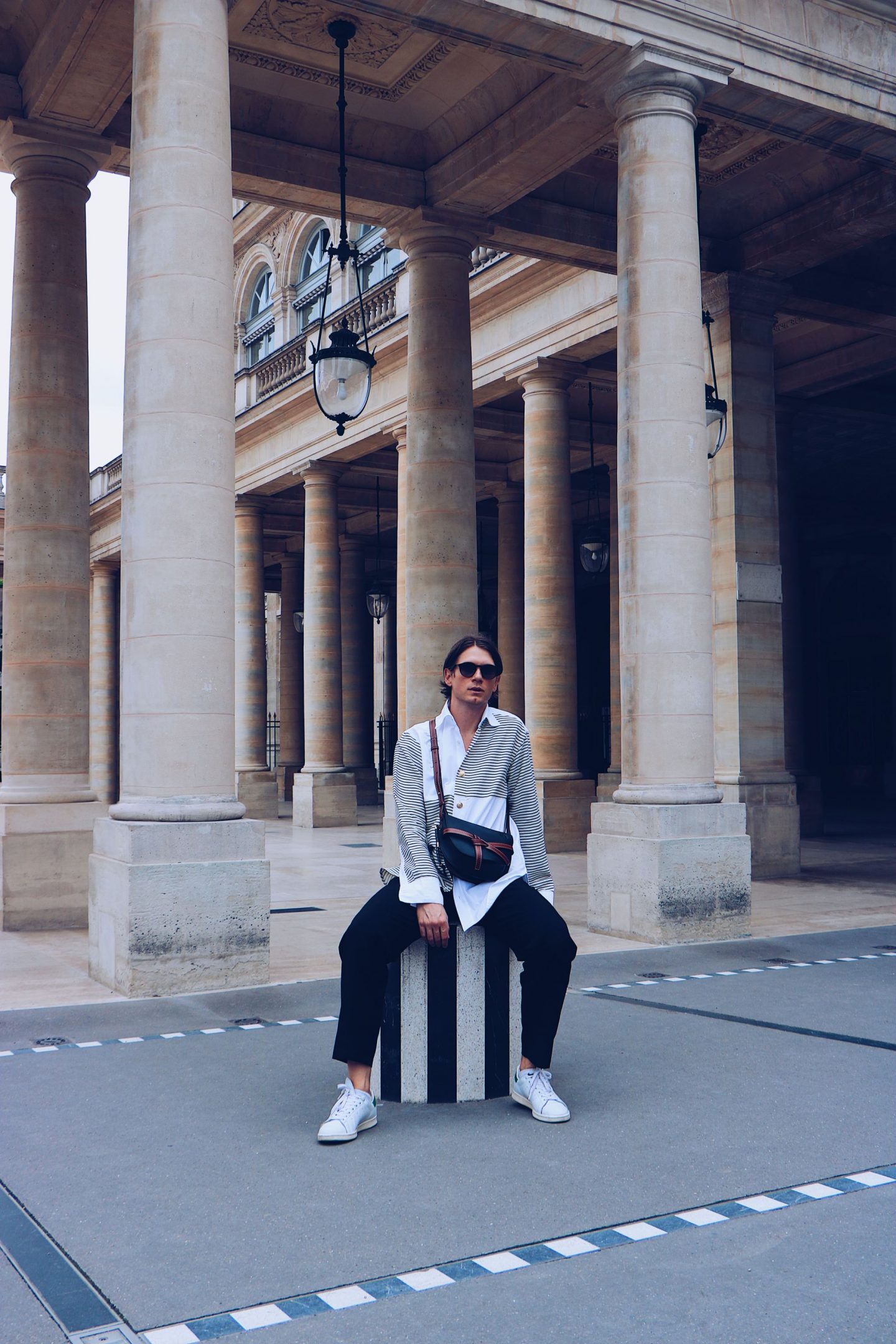 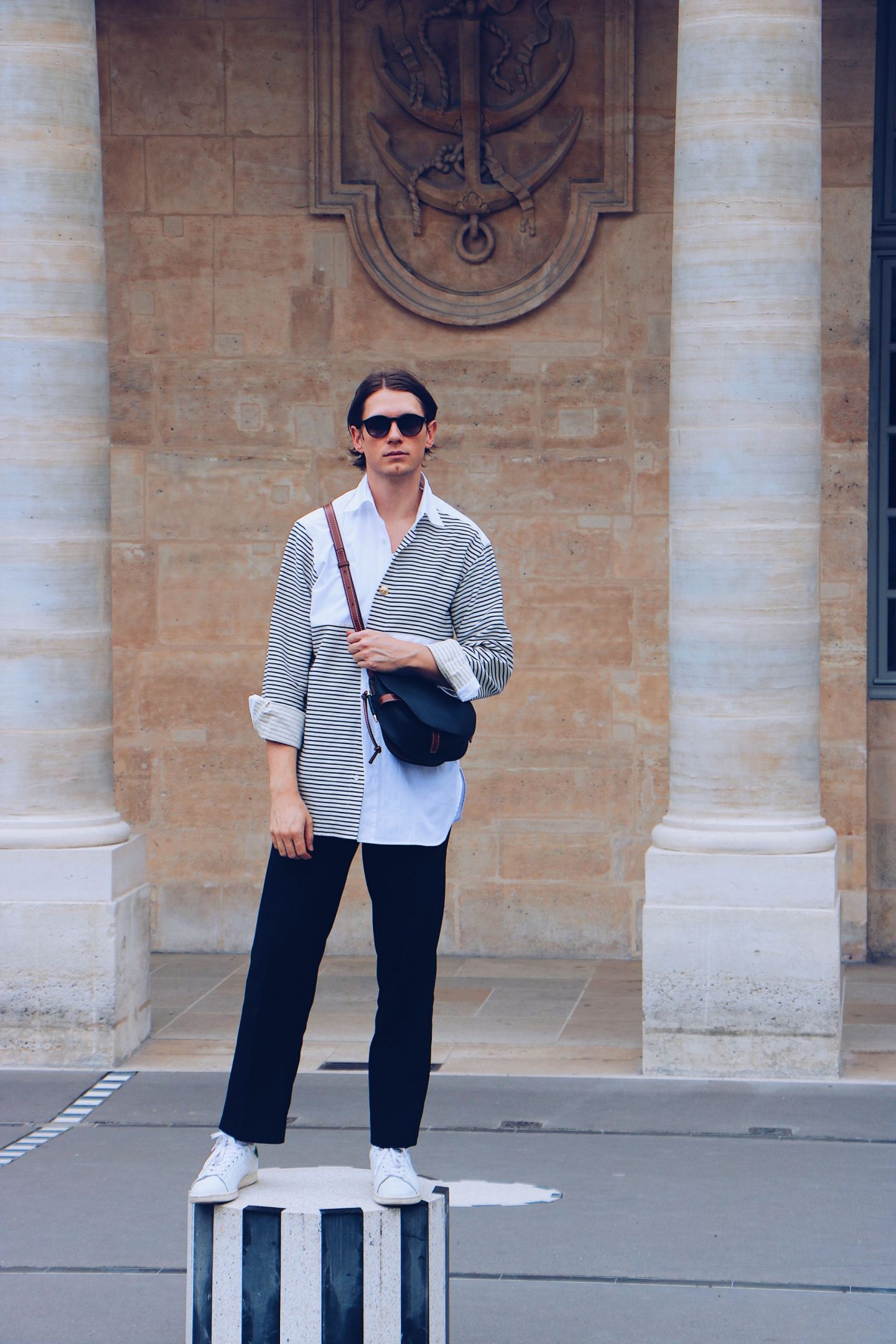 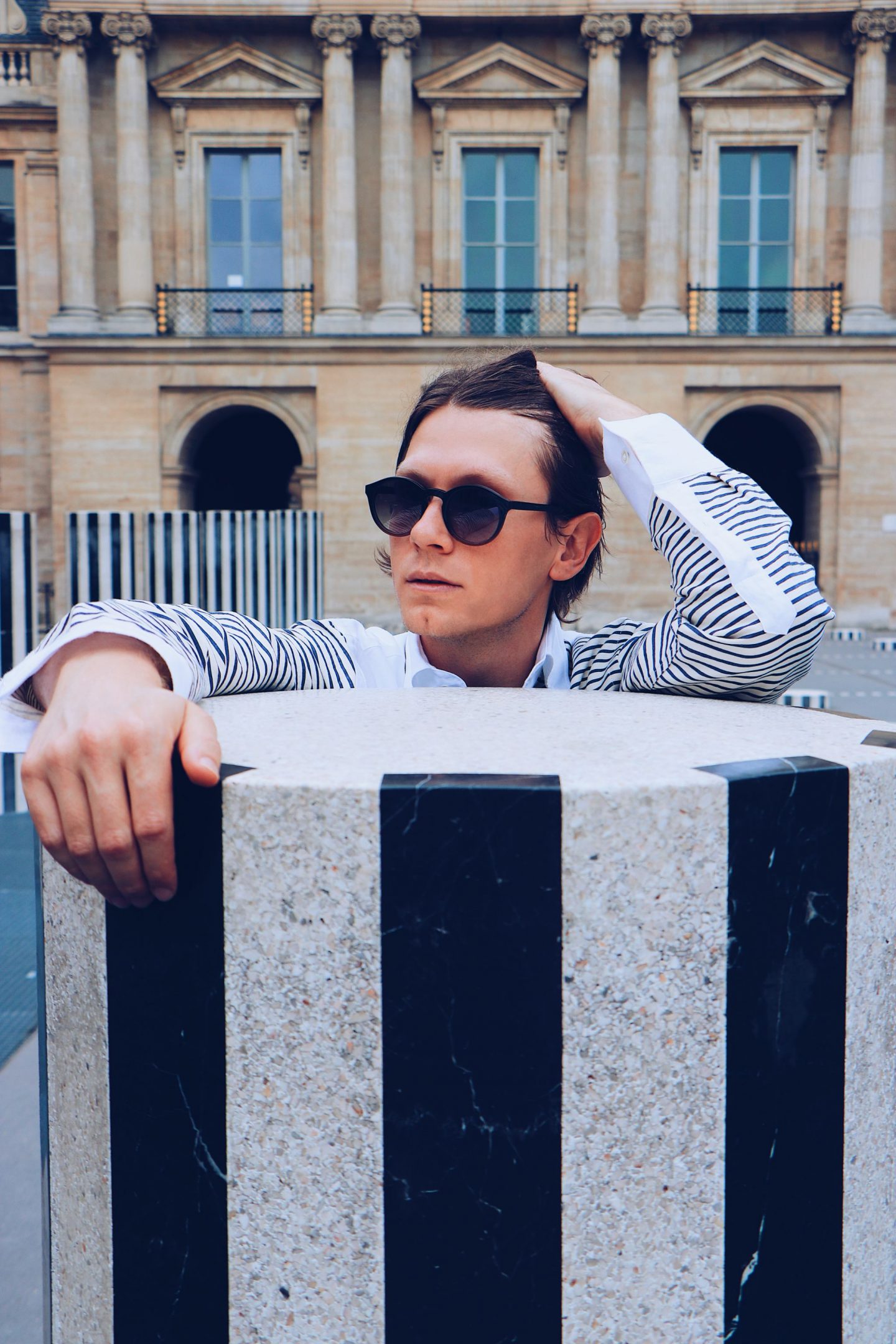