I’m not going to lie, I don’t really care about sports – I don’t have a team I support, the olympics bore me and I’ve never cared about ‘the big game’ – whatever that is. Maybe it’s because I don’t like the camaraderie spirit that we are all in this together or maybe its just because I don’t even like going to the gym. So generally when some mens magazine like GQ plasters some footballer on their cover and tries to sell them off as the new messiah who transcends the sports field and can save all us mere mortals from boring attire simply by placing them in just a towel and a homoerotic pose, my eyes can’t help but roll into the back of my head at a sprinting speed. But maybe lockdown has just been going on far too long and boredom is now setting in but I have to admit the new GQ shoot of NFL player Christian McCaffrey has its appeal. Maybe it’s just the beautiful tones of photographer Melodie McDaniel’s work, the styling of George Cortina or the stillness of an empty Chateau Marmont that catches the eye. But whatever it is, there is no denying that this shirtless all American male looks just as good on a sports field as he does in a fashion spread.

See the latest Blue for boys… 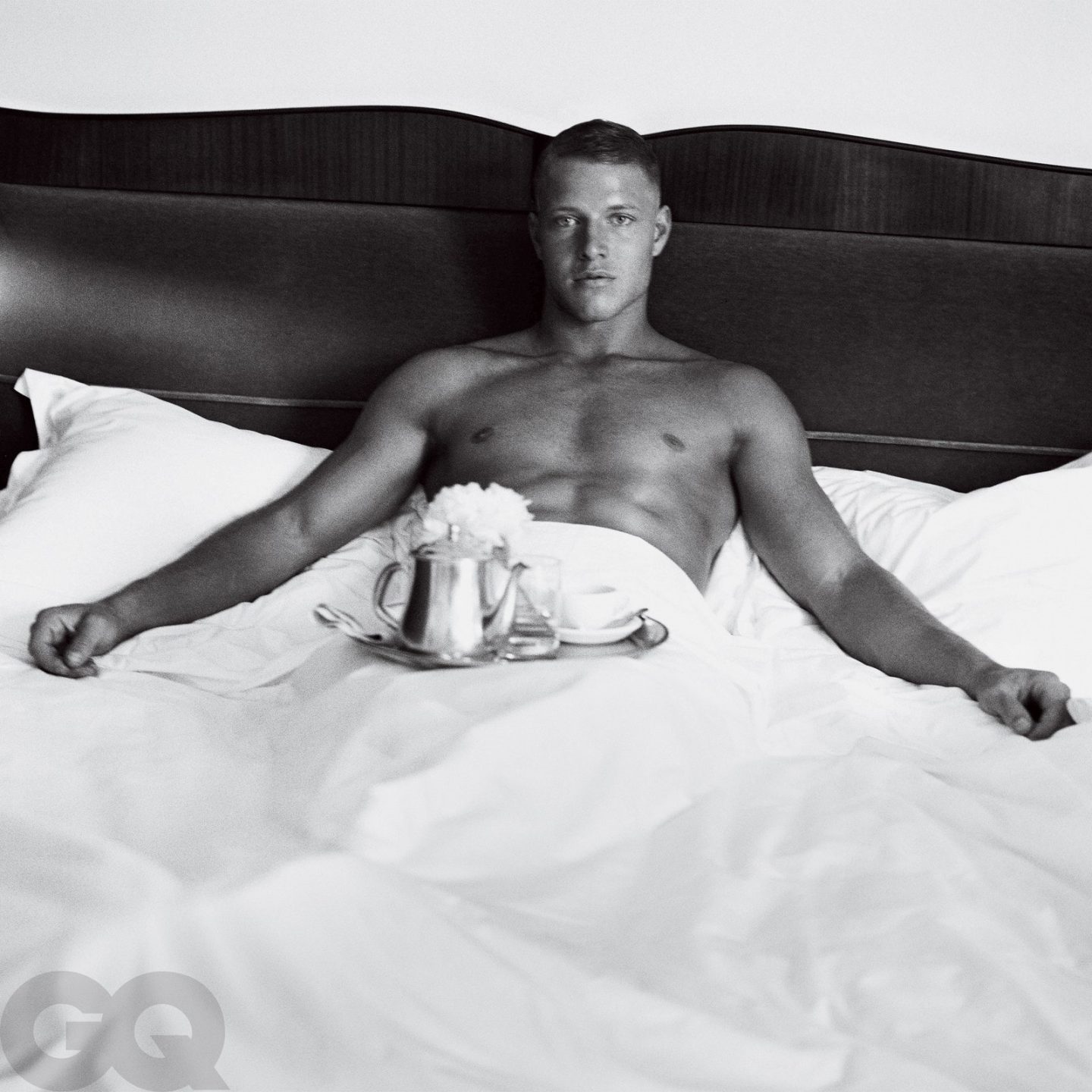 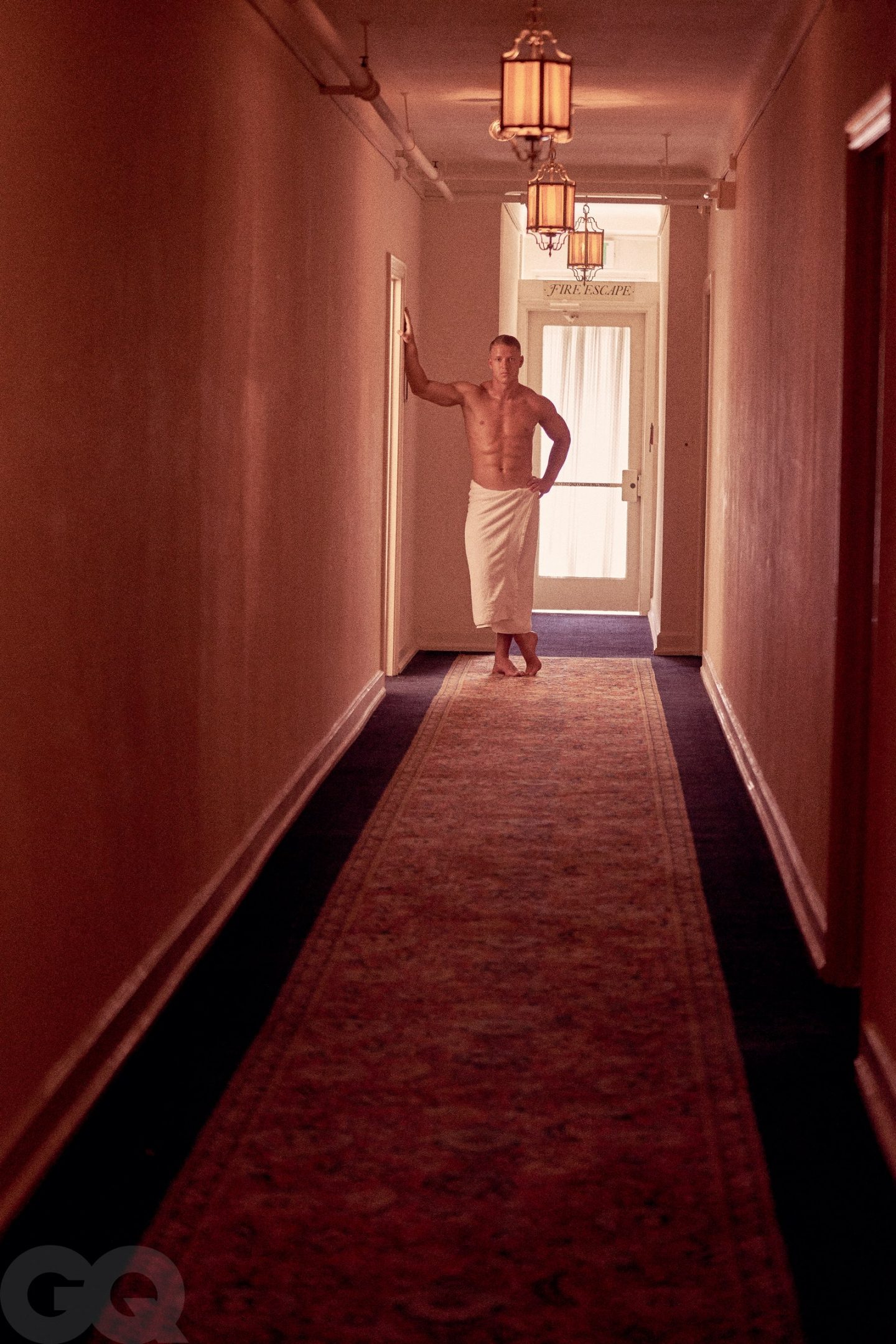 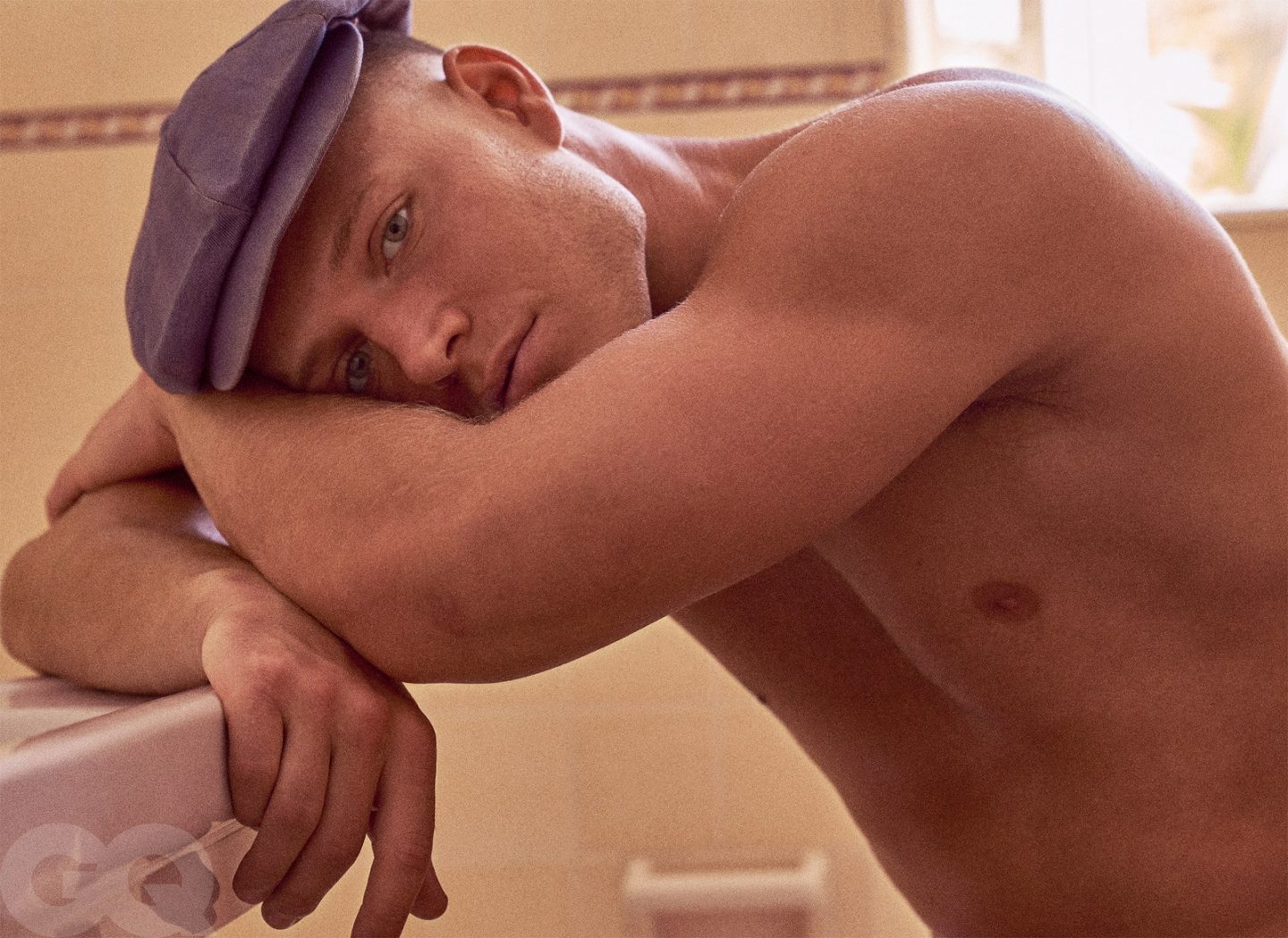 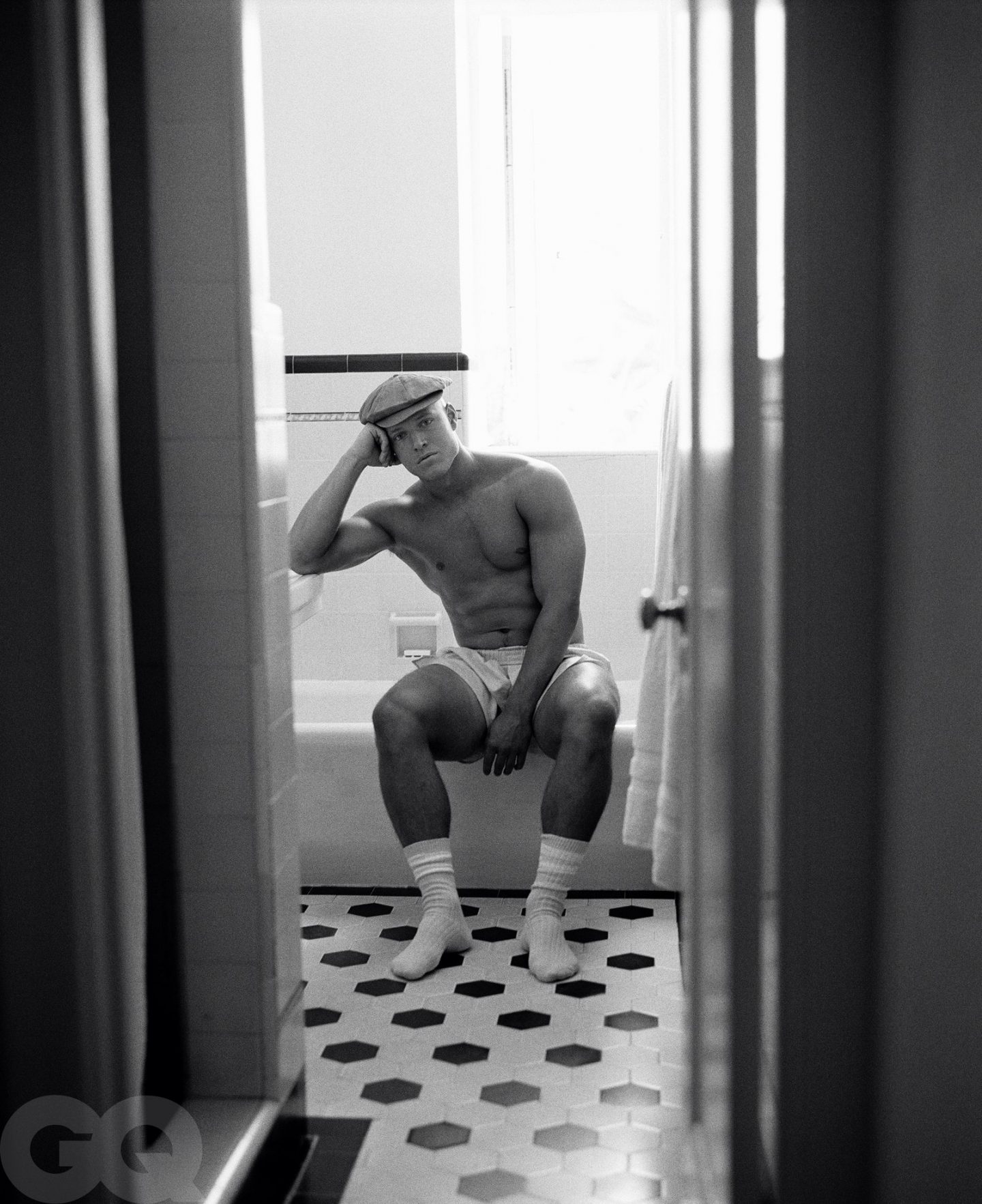 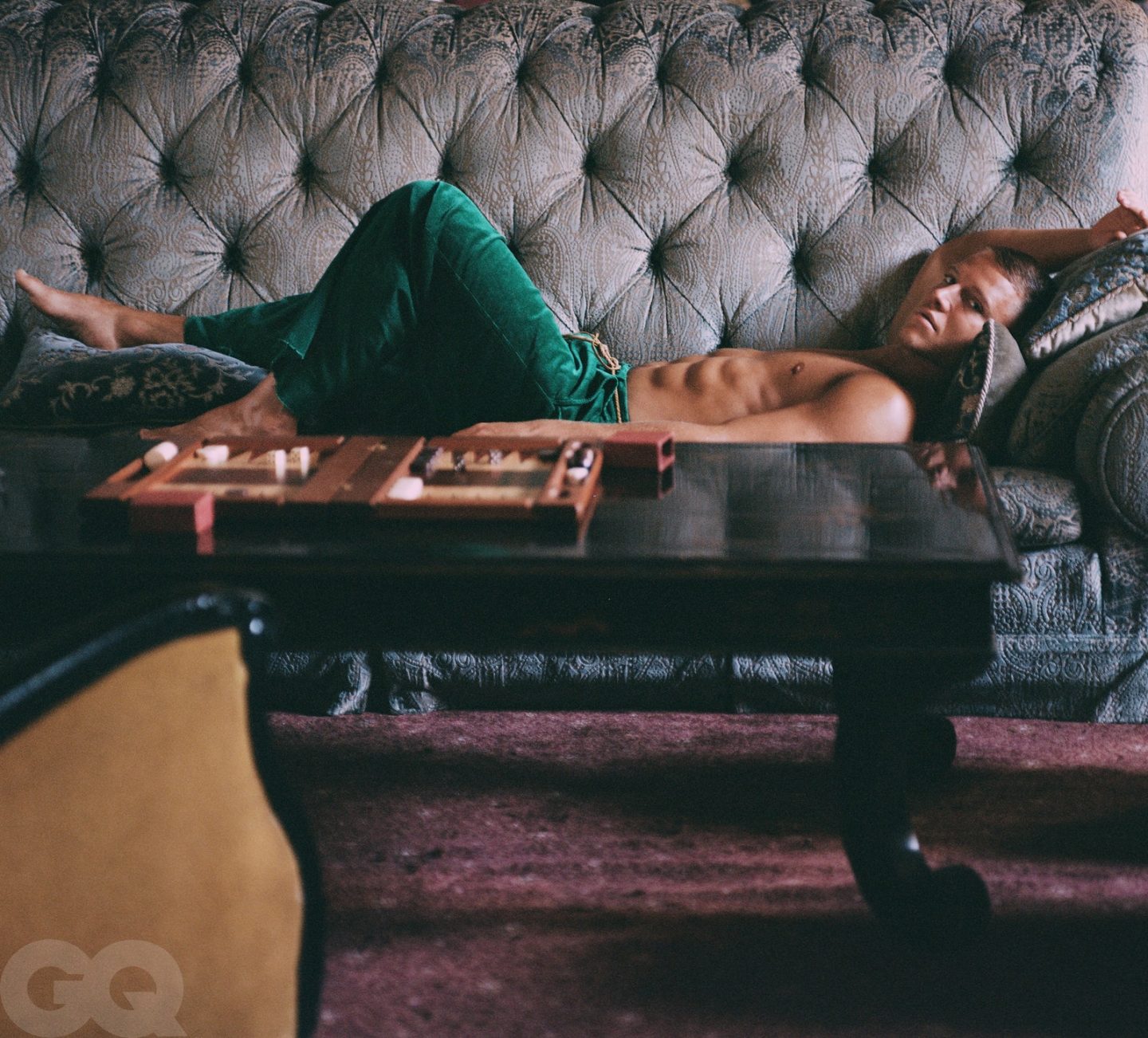 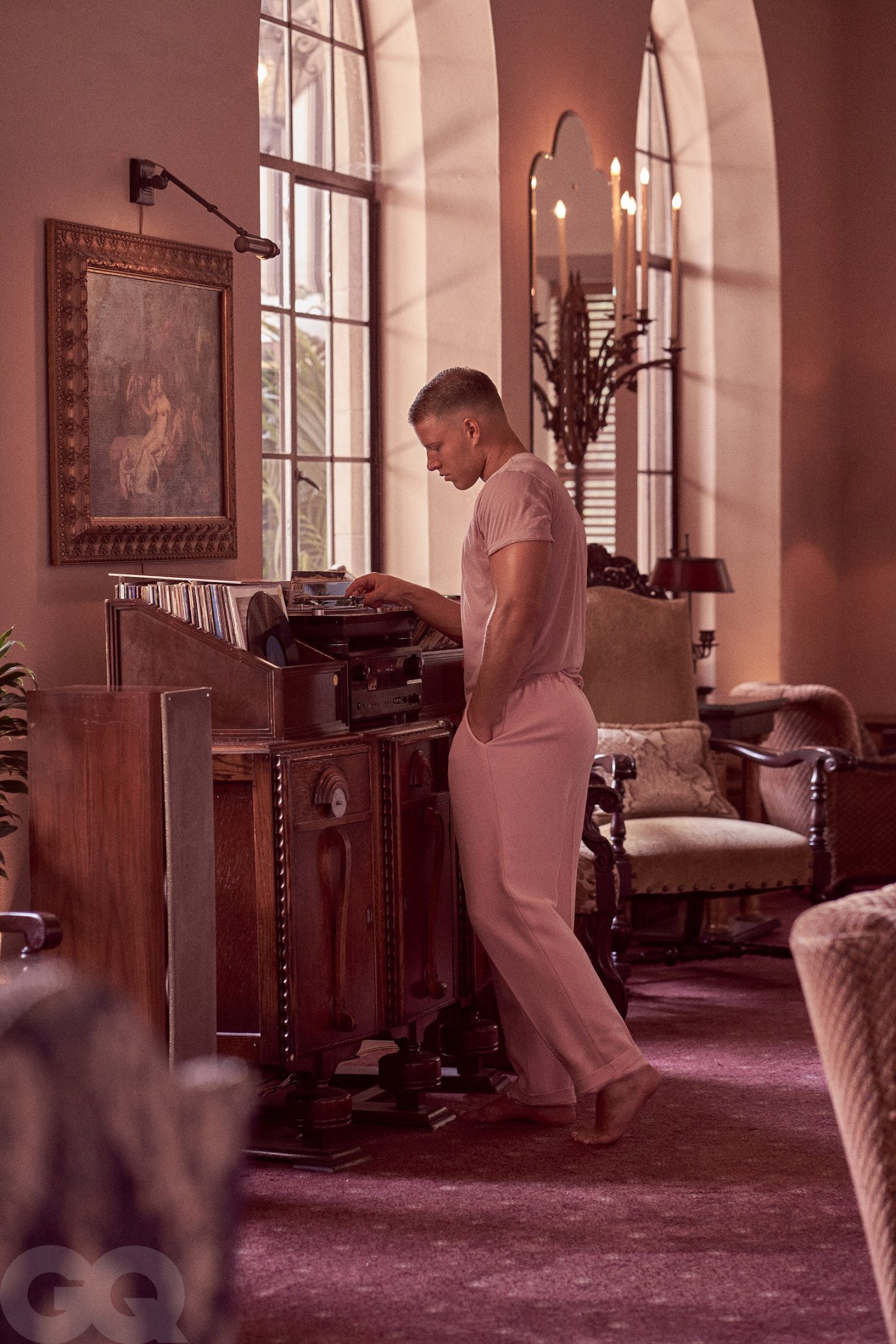 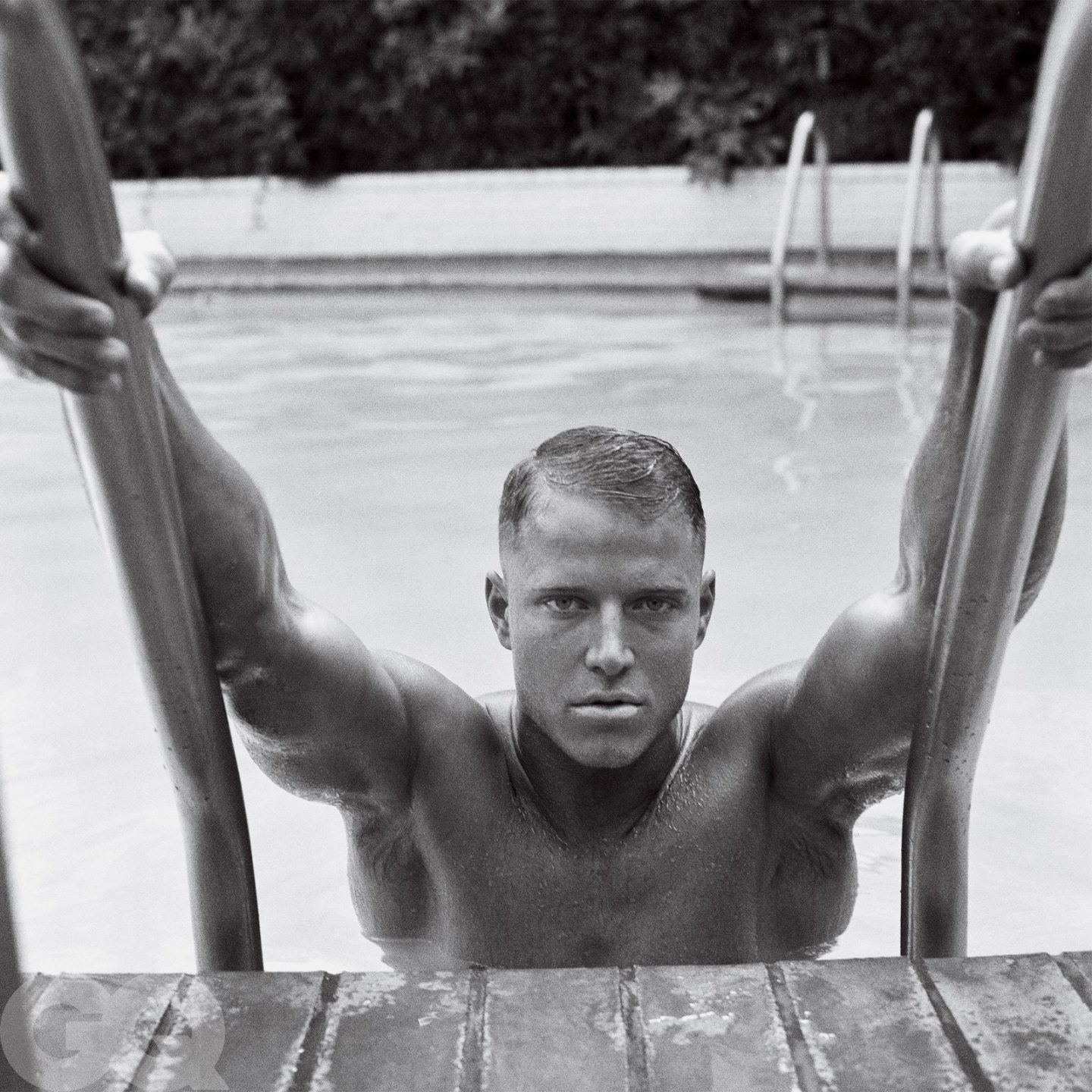 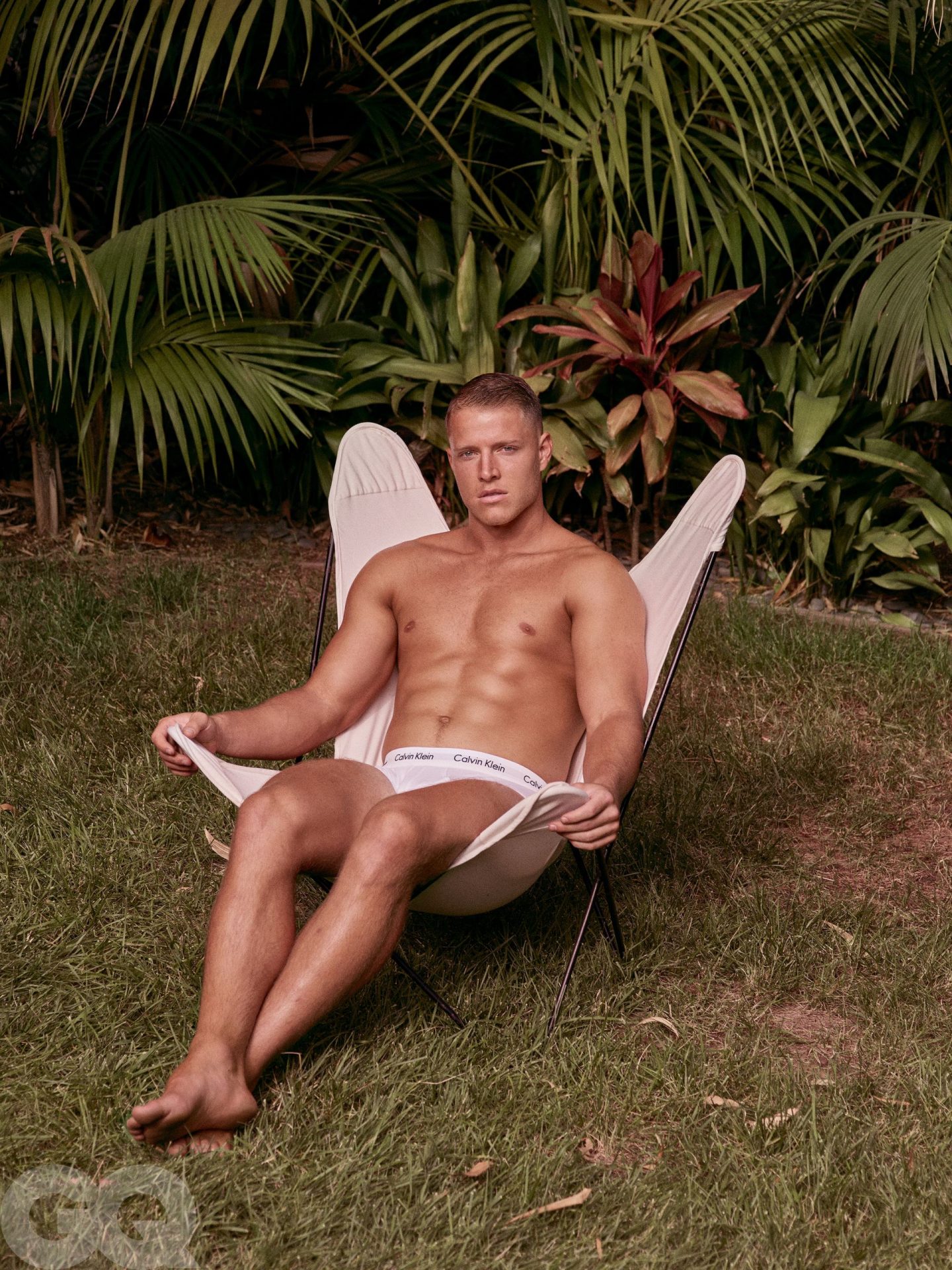 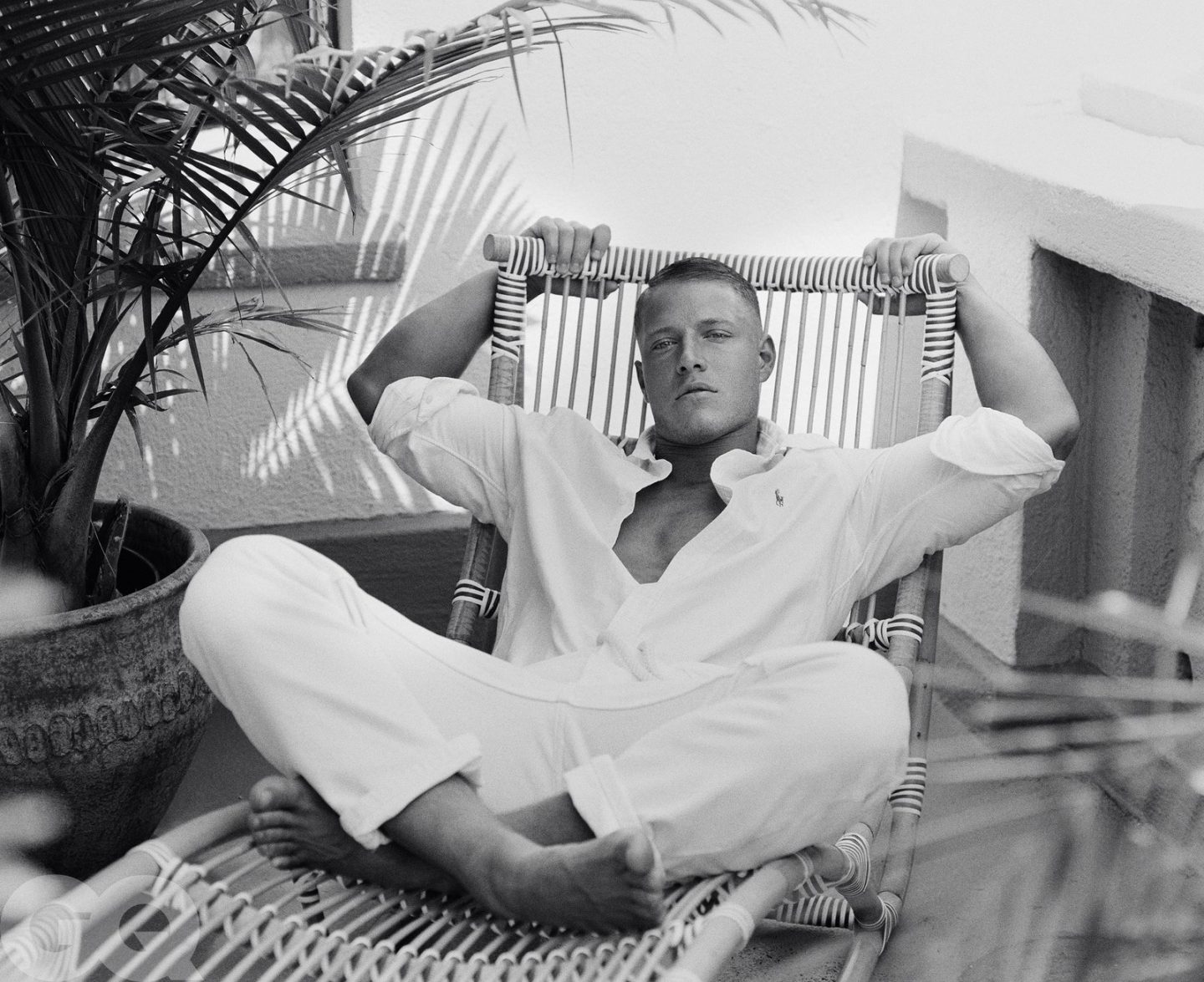 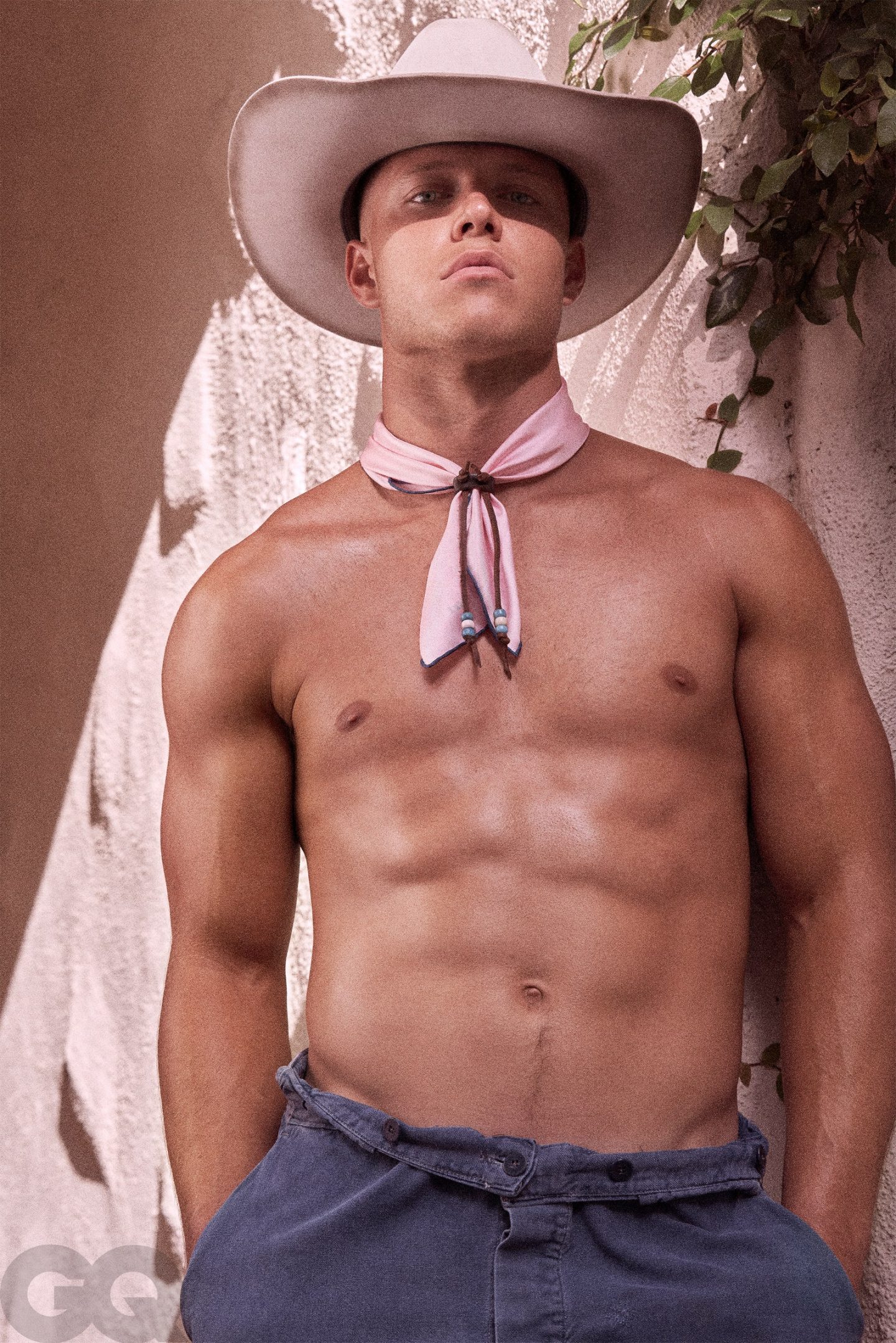 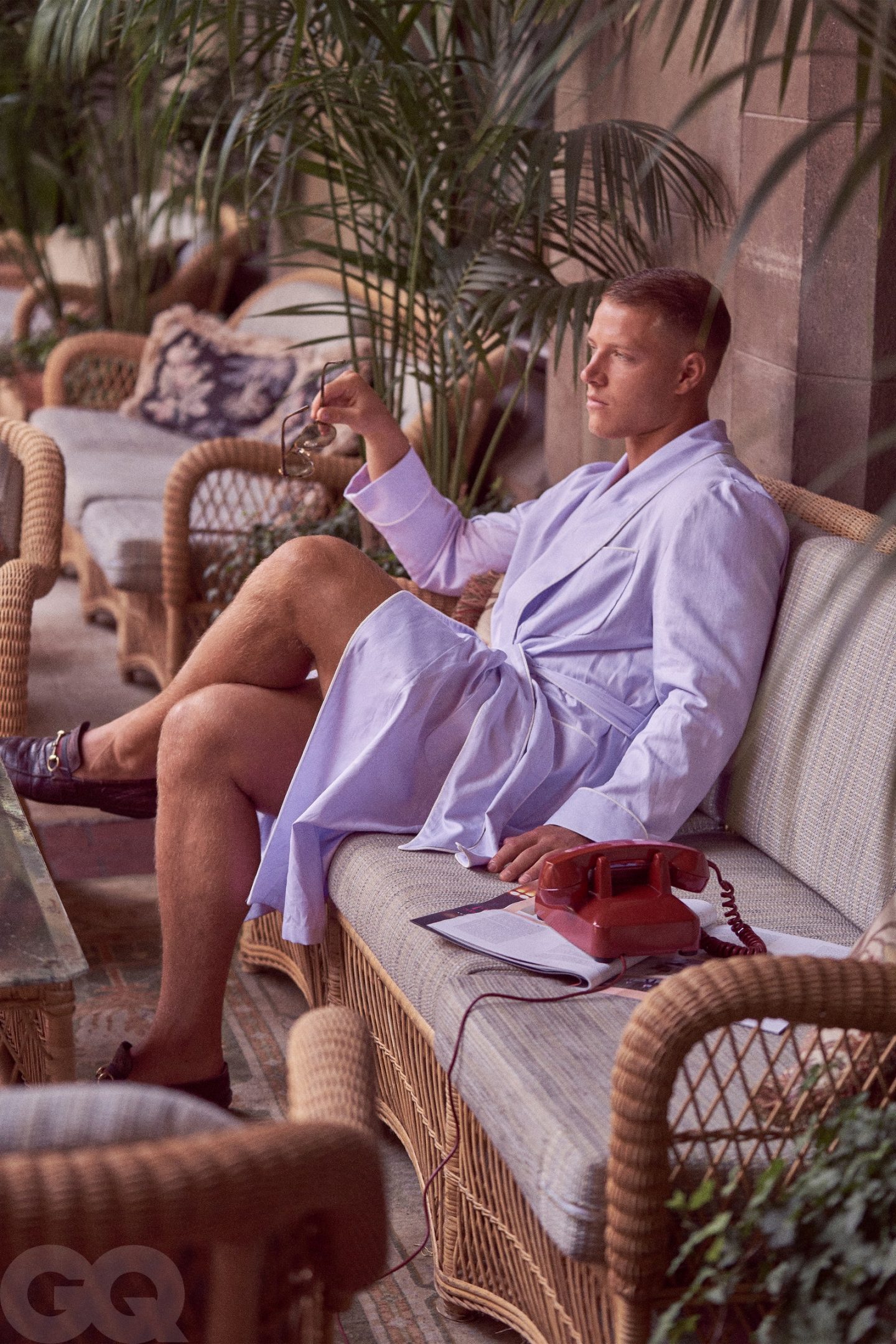 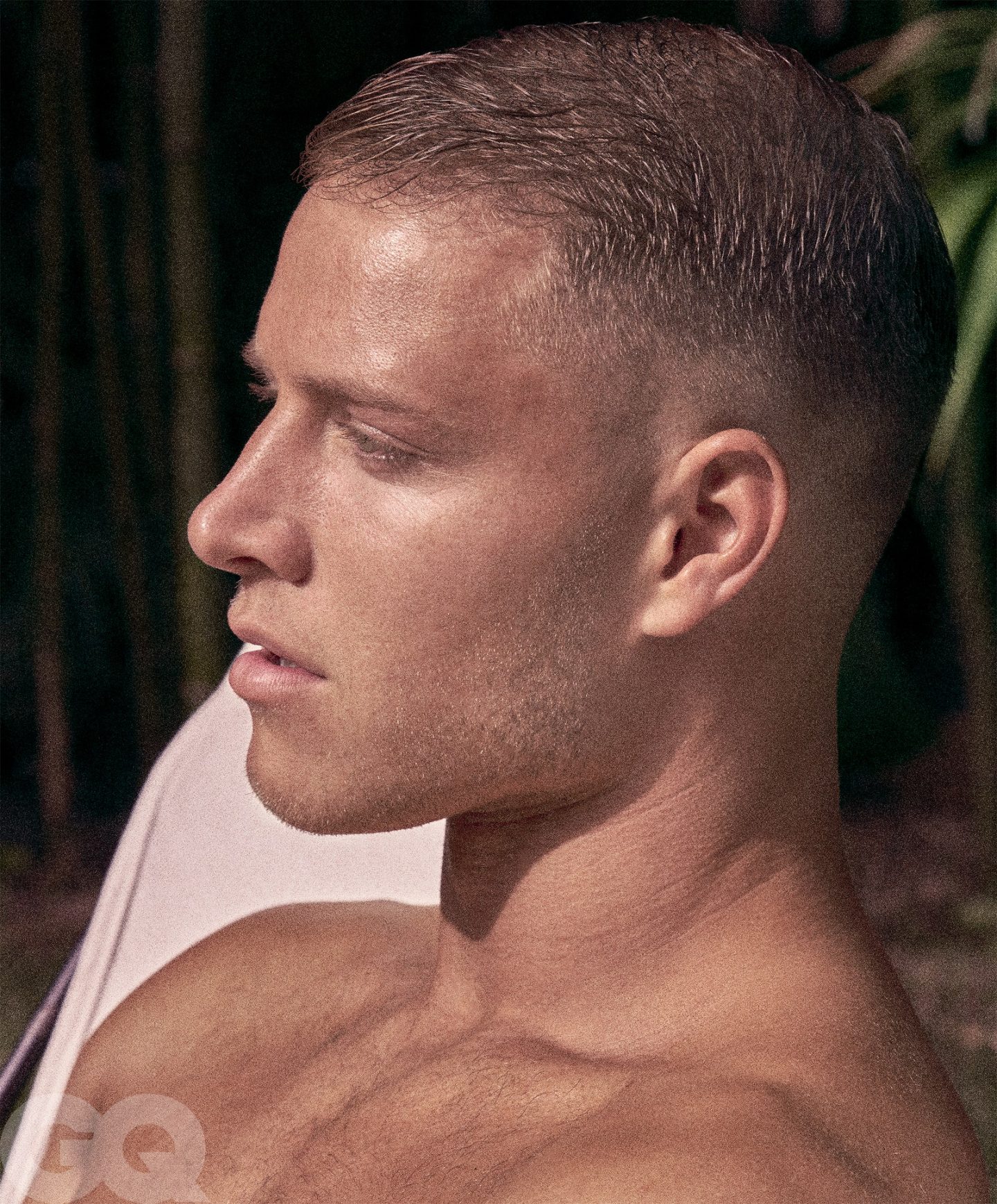 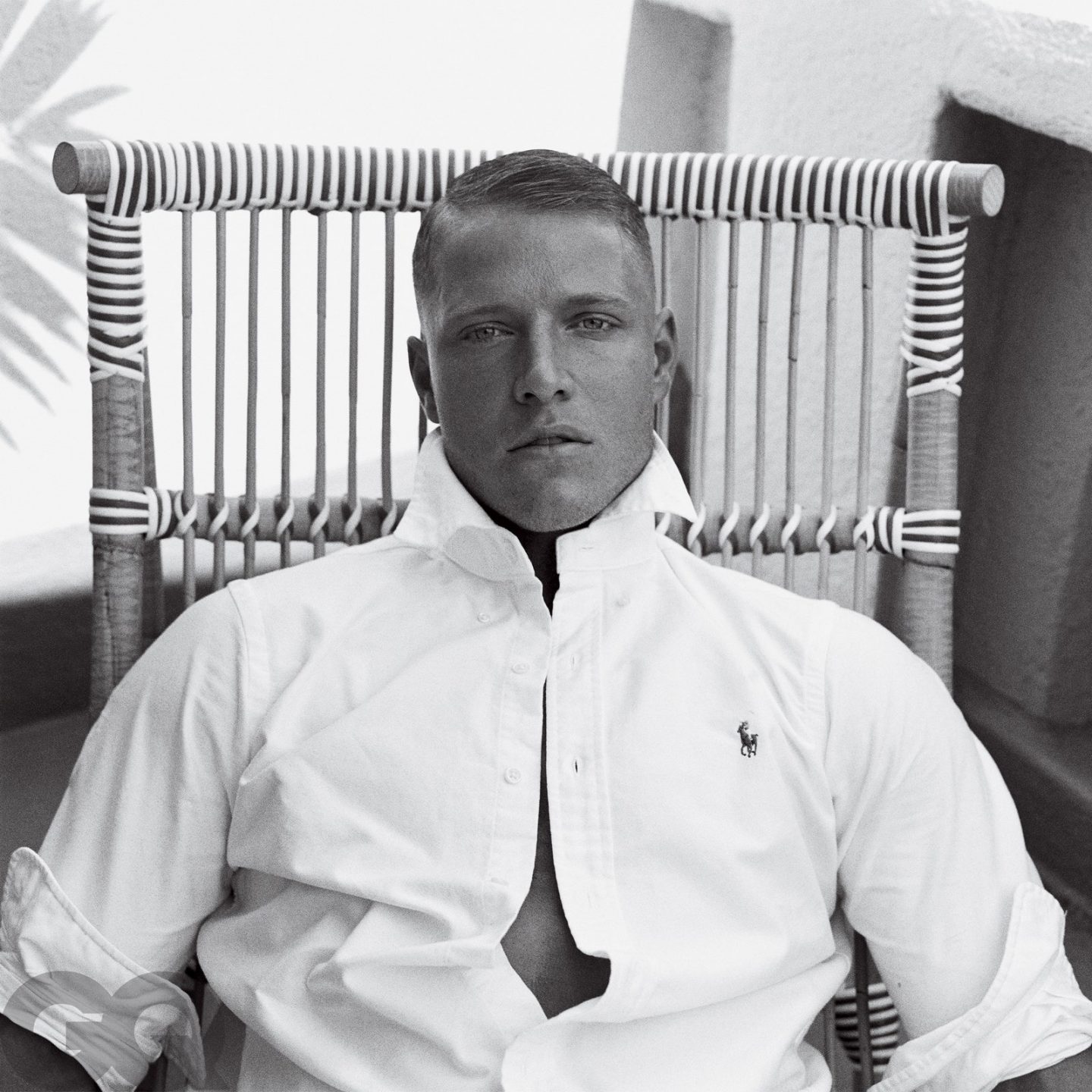 See the latest Blue for boys…